Argentina is in the middle of an election campaign. October 27, 2019 will be held general elections: presidential, partial legislative and local elections. But before that, from this Sunday, the Argentineans will participate in a first ballot ...

Argentina is in the middle of an election campaign. October 27, 2019 will be held general elections: presidential, partial legislative and local elections. But before that, from this Sunday, the Argentines will participate in a very important first ballot. These are compulsory and simultaneous primaries for all parties.

from our correspondent in Buenos Aires,

These primaries allow, in theory, voters to choose their favorite candidates within each coalition. But this year, it's a little different because for this presidential election, each coalition actually presents only one ticket, composed of a candidate for the post of president, and one to that of vice-president.

These primaries will therefore not allow to decide many things within each camp since the applications are already fixed, but they will make it possible to get an idea of ​​the forces involved. Indeed, since voting is mandatory in Argentina, all voters will, logically, vote for their favorite party or coalition. One way to get the best poll possible nationally, two months from the actual vote.

There are in total 10 candidate tickets for the presidential election but it is mainly two camps that will compete in these elections. First that of the current president, Mauricio Macri , who formed a center-right coalition.

Elected in late 2015, Macri is seeking a second term, but he is dragging a disastrous balance sheet in economic terms. His popularity rating has plummeted since he came to power and especially since the outbreak last year of a serious economic and social crisis. Currently one-third of the population lives below the poverty line.

On the other side a broad coalition of center-left brings together many opponents of Macri. Alberto Fernández , former chief of staff of former presidents Néstor Kirchner and Cristina Kirchner, is running for president. And he is seconded for the position of Vice President by Cristina Kirchner . The former president is still very popular in Argentina but it also arouses a strong rejection among part of the population who is afraid of seeing Kirchnerism return to power. A rejection due to the suspicions of corruption that weigh on Cristina Kirchner. Recall that she is indicted in no less than a dozen cases.

What can these primaries change?

Everything will depend on the results but the primaries are often a good indicator of what will happen in October. This usually creates a virtuous circle for those who come first, since their coalition is strengthened.

If Macri gets the best score, it will mainly reassure the financial markets, which closely follow the political situation in Argentina. To cope with the crisis, the Macri government sought and obtained a $ 56 billion loan from the International Monetary Fund. In exchange, he pledged to adopt a series of reforms.

On the other hand, Alberto Fernández sharply criticized Macri's economic decisions. He wants to renegotiate the agreement with the IMF and wants to end the austerity policies of the current government.

Elections in Argentina: primaries as a dress rehearsal

Brazil: Bolsonaro reacts to the defeat of Argentina's Macri primaries

[Reportage] Fascinated by their president, the Argentinians demand change 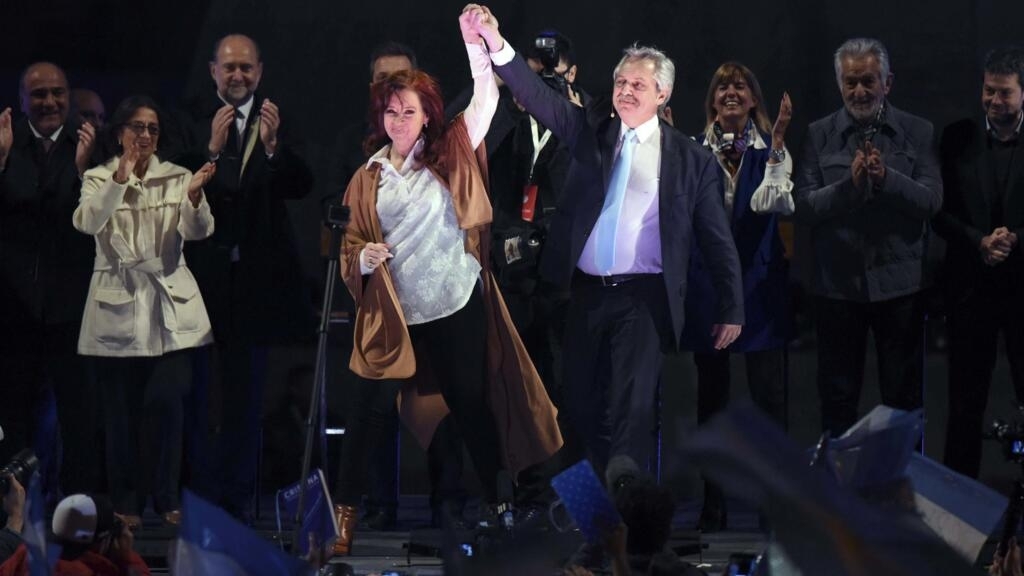 Argentina: After his failure in primary, Macri seeks to regain control

The Chilean crisis is inviting in the electoral campaign in Argentina