The Barcelona of Mayor Ada Colau has recovered the blue in its streets, coinciding with the beginning of summer. But not by the sea or the sky but by the police uniform that e

The Barcelona of Mayor Ada Colau has recovered the blue in its streets, coinciding with the beginning of summer. But not by the sea or the sky but by the police uniform that these days is present in the most tourist area of ​​the city, the port. And it is that the City Council of Barcelona has put the batteries in security after verifying the increase in crimes, mainly robberies and thefts, as well as realizing the damage to the image, and the pockets of the merchants, which causes the many street vendors that They are placed on the seafront.

With the municipal government agreement between Barcelona in Comú and the Socialists, the City Council reinforced the security portfolio with a deputy mayor with extensive experience in police matters. Albert Batlle, who was the general director of the Mossos d'Esquadra, leads the police response to the increase in crime from the Barcelona City Council and so reassures the concerns of citizens and merchants. And is that one of the weapons thrown in the last electoral campaign in Barcelona, ​​usually between socialists and commons , was the issue of security, since the data of recent years indicate a significant increase in crime, in addition to incivious actions and those that contravene municipal ordinances such as manteros .

A week ago, the Consistory deployed a police device to prevent the installation of street vendors in the tourist points of the city that will be permanent and will have a hundred agents. This is a joint action between the Urban Guard of Barcelona, ​​the Mossos d'Esquadra and the Port Police that intends to increase the presence of agents in the street to deter the manteros. However, the police presence ends at 10 p.m. when these street vendors return to occupy the entire coastline.

The first to react to the police operation organized by the Urban Guard was the Minister of Interior of the Generalitat, Miquel Buch, who celebrated the change of "attitude" of the City Council. Only a week before he and Colau had shown a weak unity in the Local Security Board to respond to a 9% increase in crime in Barcelona in the first half of this year . The data are alarming when robberies and thefts, especially tourists, since crimes against heritage have risen by 10% in the Catalan capital, while if robberies with violence or intimidation on public roads are broken down by criminal offense they have done it 35%, thefts 8.3% and robberies with force in commercial establishments have shot up to 66%.

At that meeting, Buch said that "we are going to stop the top blanket because it generates a lot of insecurity" while Colau remarked that "in regard to the management of public space, the Urban Guard will not stop intervening."

Along with the street vendor, another police device has been launched at night in leisure areas in the city where violent altercations have been reproduced, such as fights, rapes or even five homicides, in recent weeks. Here it is also intended to combat drug trafficking to which some lateros are engaged . For this, there are special units before the violent episodes registered at the exit of the discos.

But the change of municipal direction is noticeable with the street sale. Batlle said they don't expect "miracles," but he insists on sending the message to street vendors that their "activity is not tolerable and illegal" as well as questioning those who buy these products. In this sense, the first deputy mayor, the socialist Jaume Collboni, also announced a campaign to promote the legal commerce of the city and warn that the purchase of products offered by street vendors without a license is not allowed.

It is clear that the socialists are the ones leading this offensive against street sales in all areas. Collboni remarked that the public space "must be for everyone to be authentically democratic" and added that this illegal commercial activity is "a problem of breach of the rules" so he recalled that the municipal ordinance provides fines for those who acquire products in a manner Illegal that reach 500 euros. Of the same opinion is Batlle, who points out that the manteros cause «a basic damage to the economy».

Therefore, the police device will be modulated according to needs, occupying several tourist areas and increasing the number of agents to cause more deterrence among street vendors. Precisely, this strong pressure has already paid off and the first to react have been the vendors themselves. Some 350 demonstrated last Friday afternoon through the port until they reached the door of the Town Hall to cry out against the "police repression" before the police device started up. Specifically, they asked for papers, work and home for everyone and recalled that "no person is illegal." The spokesman of the Popular Union of Street Vendors, Aziz Faye, lamented that they are "living every day" racism when they go to work and that "this policeman has no more rights than me, this mosso has no more rights than me, the same mayor does not He has more rights than me . In addition, he accused politicians of hiding "with the discourse of insecurity" because before they talked about social projects but now, who are willing to pay taxes in a particular space, they offer no solutions.

The protest of the mantero s caused the first reaction of a member of Barcelona in Comú. The deputy mayor of Urban Planning Janet Sanz, who said they would have a meeting with them as they want to provide "solutions that do not go only through locations and schedules of street sales." Despite this, Sanz also showed his party's speech by ensuring that "it is a group with which we are committed, we want to give them employment alternatives" and also held the State responsible for part of the situation by asking to change the Aliens Law.

And it is that after the police device the commons charged against the Generalitat to justify not having acted before against the manteros since there were missing Mossos troops. In addition, they assured that "there is no change in municipal policy" regarding the street vendor and charged Batlle, of his own government team, for his statements on the top blanket. Barcelona in Comú defends the "social response" to this phenomenon and reminded that 115 manteros got a municipal contract thanks to the City Council.

Sources of the municipal police of Barcelona have explained to this media that they have noticed the change of the security model in the city. They consider that the actions of the agents are being supported and there is no "fear" of before when they are going to requisition street sales. In addition, they note the support of other police forces , such as the Mossos, and add that they act in more areas, such as increasing the presence of civilian agents in shopping centers and leisure areas where there are more complaints of robberies.

The police 'boss' who planted Puigdemont

Despite leading the new government of Barcelona again, Mayor Ada Colau has created a figure she didn't have. Specifically, he has exemplified his concern for safety by placing a specific deputy mayor when he previously had a commissioner. And instead of a more theoretical manager like Amadeu Recasens he has placed Albert Batlle in front of the Barcelona police, a historical of the PSC who now militates in Units per Avançar the heirs of the former Unió who added electoral lists with the Socialists. In addition to his decades at the Consistory at the helm of several councilors, Batlle was also general director of Penitentiary Services and Mossos d'Esquadra with the Government of Artur Mas first and Carles Puigdemont later. I take the reins of the regional police when the actions of the agents were very questioned when they appeared in several cases of police violence and managed to calm the spirits.

However, Batlle was one of the charges left by the Government in the summer of 2017 before the shift towards unilateralism. His successor is prosecuted at the National Court for sedition. Two years later Albert Batlle has the difficult task of managing the police response to increased insecurity from Barcelona.

SocietyCrisis in Catalonia by foreign minors

The Mossos investigate a second sexual assault at the Gràcia festivities 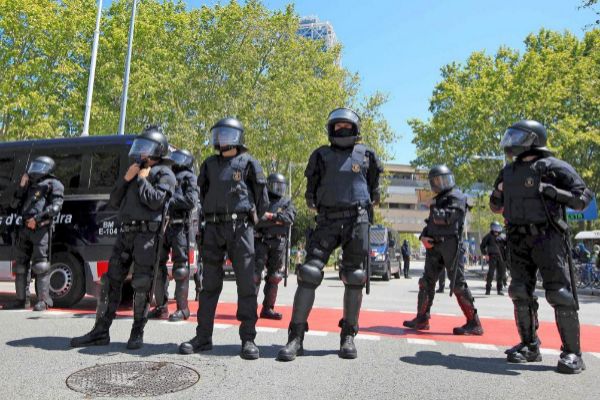 Mossos riot police reinforce security in the center of Barcelona 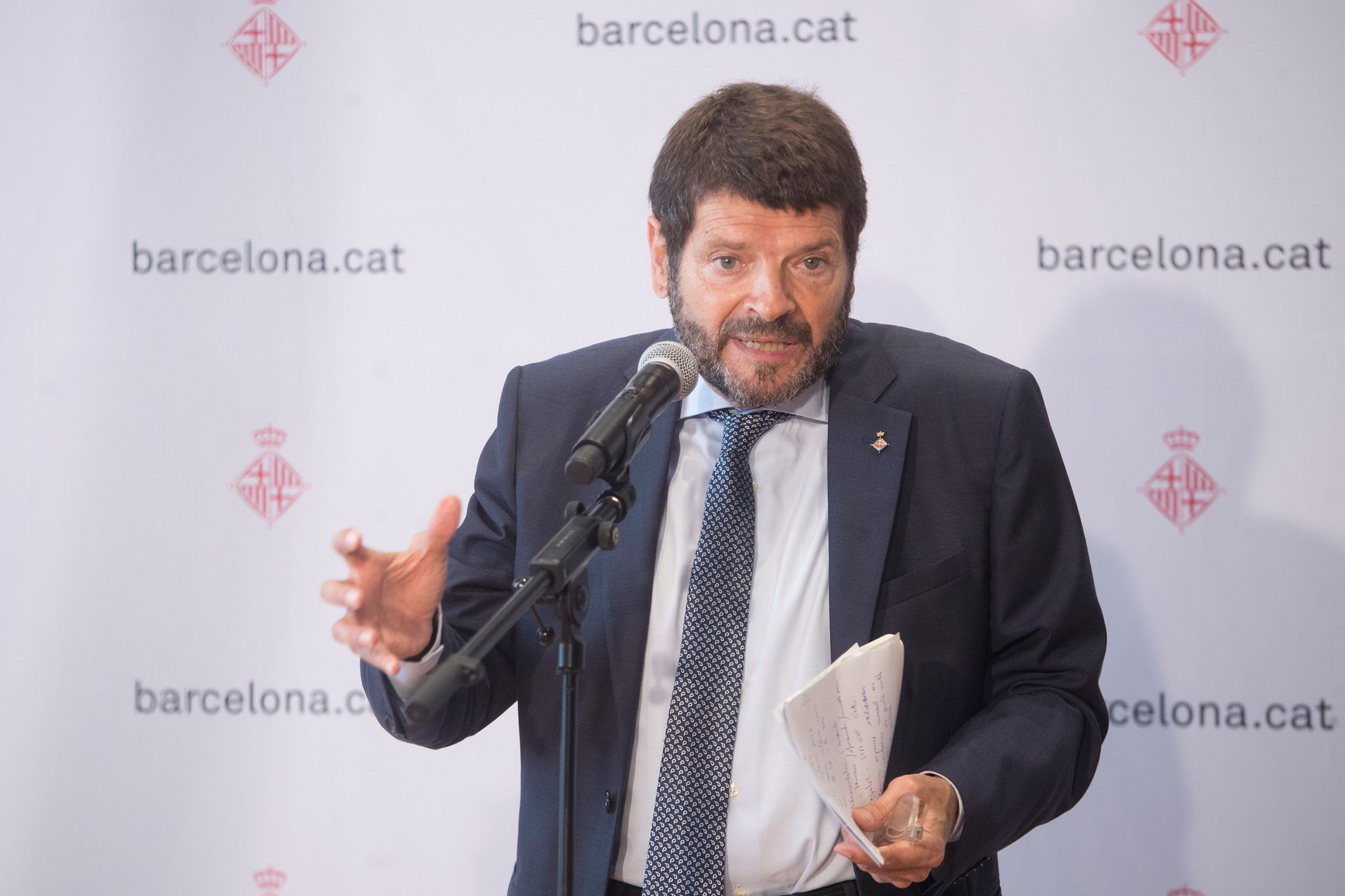 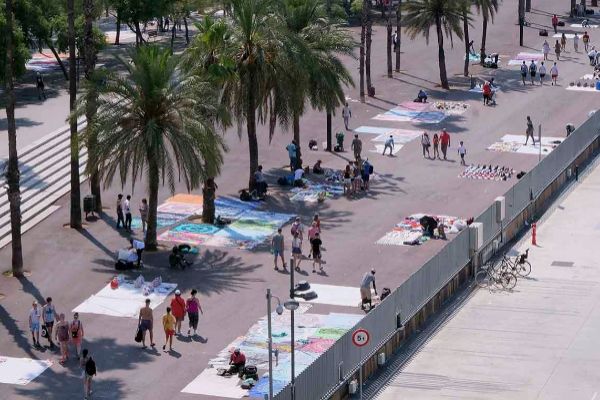 A month of police pressure on the 'top blanket' in Barcelona 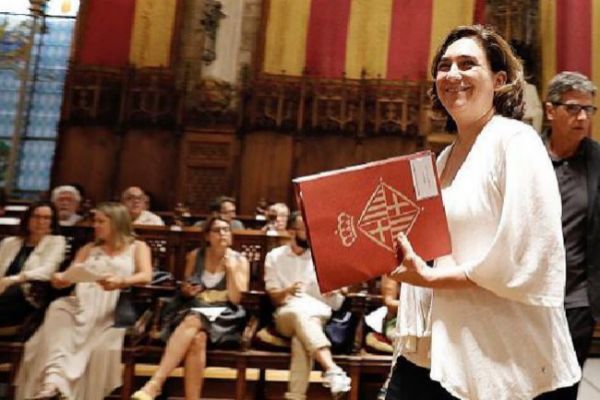 Colau imposes its quality vote by decree to the PSC 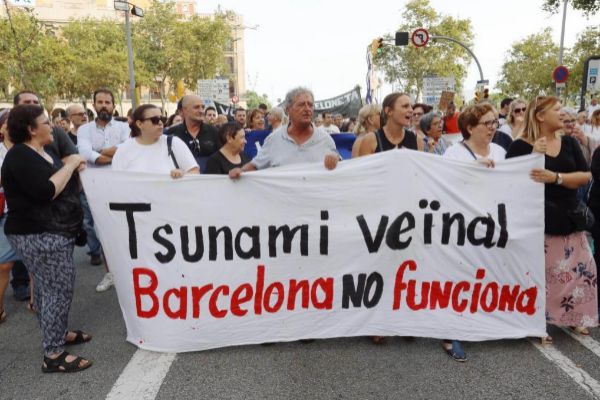 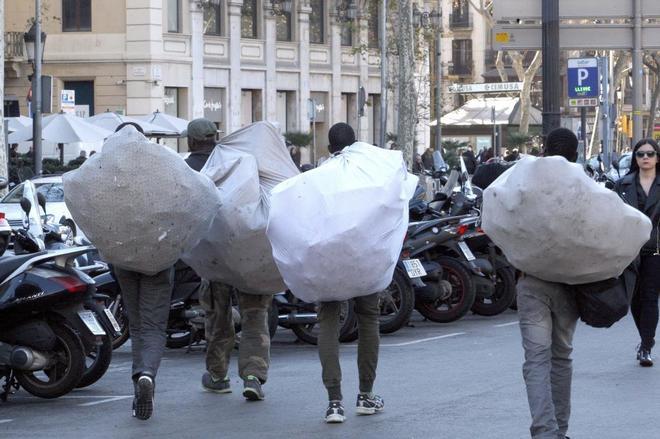 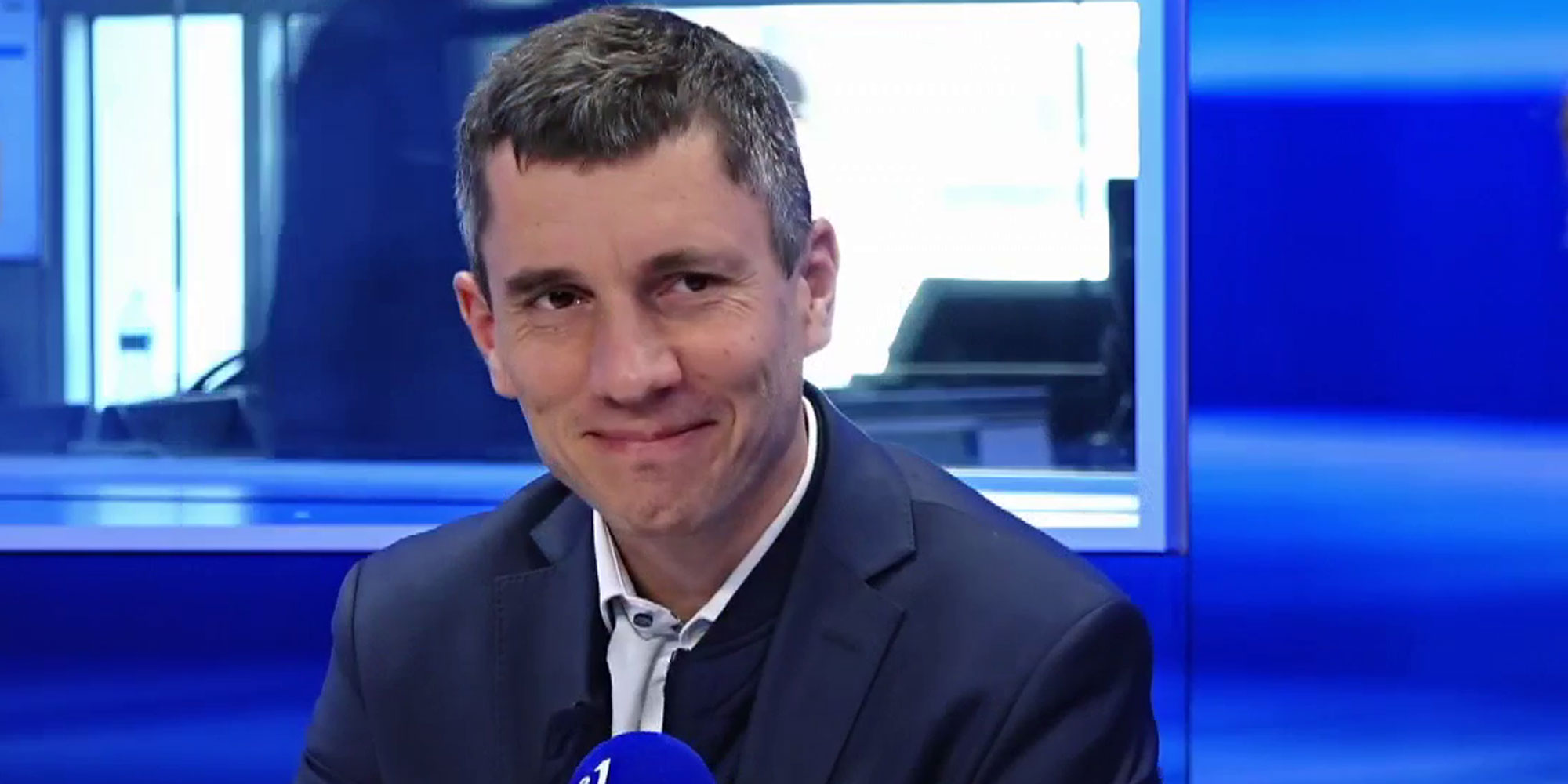 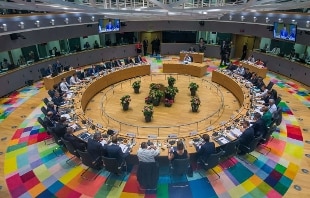 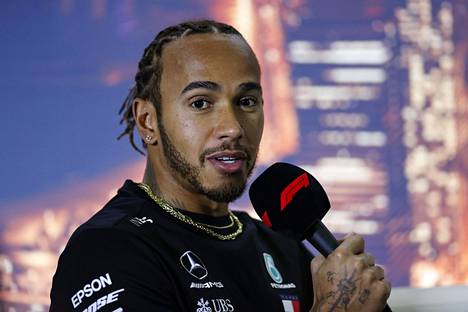 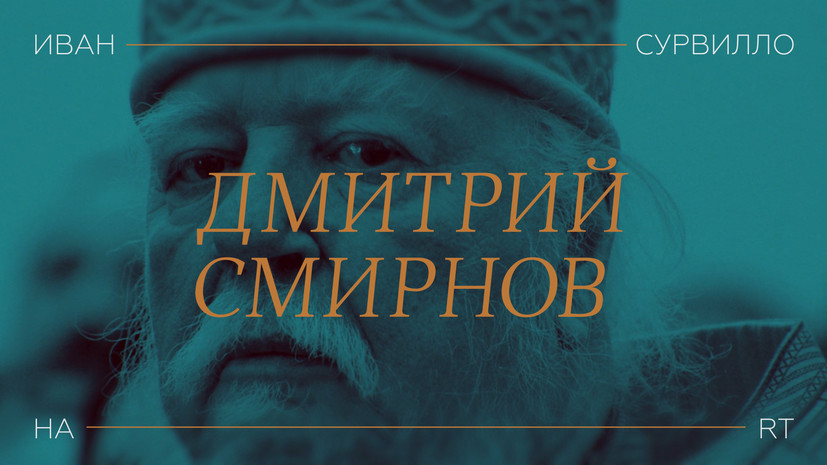 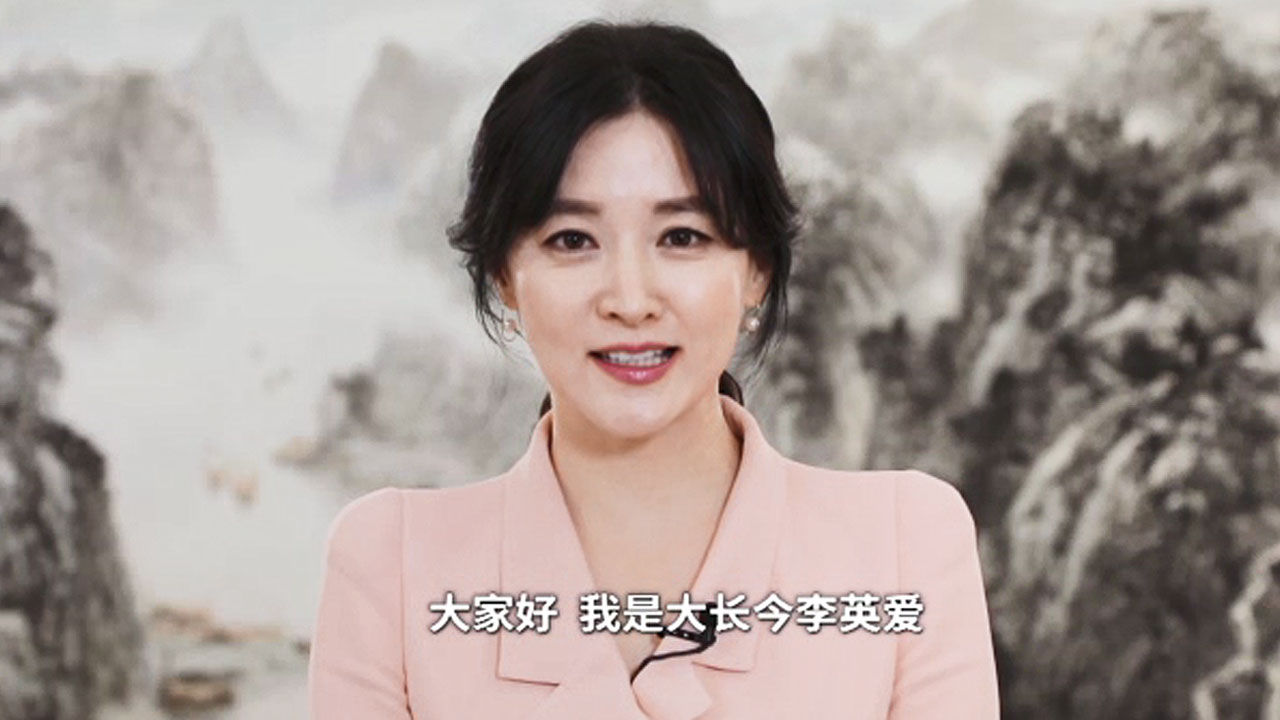 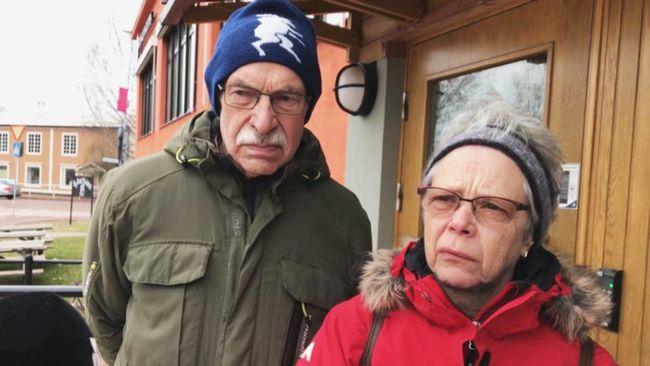