Hundreds of tons of water from the air: how is the fight against fires in Siberia and Yakutia

The struggle against large-scale forest fires continues in Siberia and Yakutia. Fire covered about 3 million hectares of forest. Most of this territory is located away from settlements. Over the past day managed to put out fires on an area of ​​more than 6.8 thousand hectares. On the morning of August 2, the Defense Ministry aircraft eliminated 18 fires, dropping more than 750 tons of water from the air. Earlier, Mi-8 helicopters joined the fight against fire. The investigative committee opened the first criminal case on fires in Siberia under the article "Negligence". According to Prime Minister Dmitry Medvedev, fires may be associated with illegal logging. 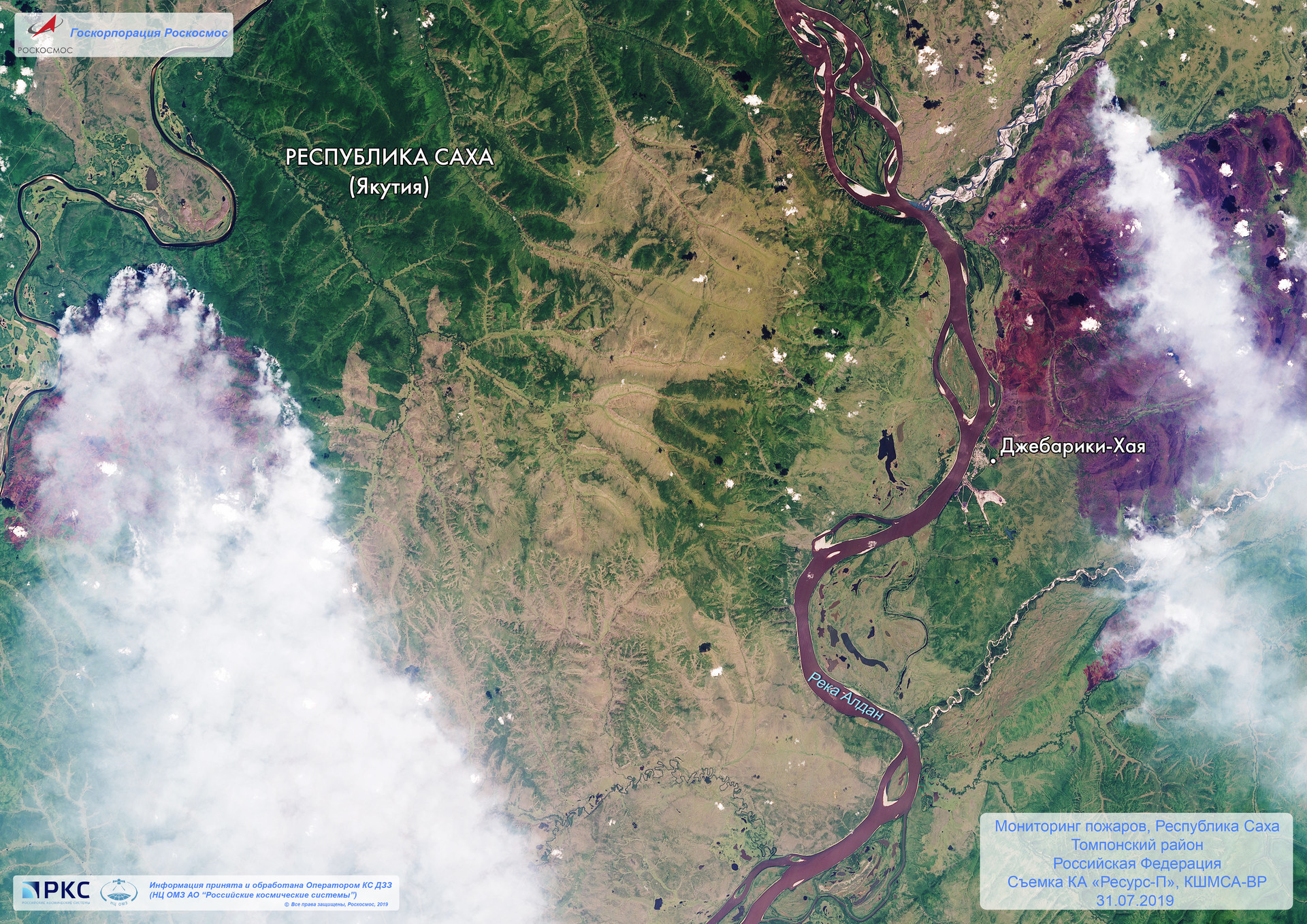 On the eve it became known that the department on behalf of the president formed an aviation group of ten IL-76 aircraft and ten Mi-8 helicopters. This technique will help extinguish fires in the Krasnoyarsk Territory and the Irkutsk Region.

All helicopters involved in extinguishing fires are equipped with VSU-5 overflow devices with a capacity of 5 tons. In turn, each IL-76 is filled with 42 tons of water.

On the morning of August 2, the Il-76 aircraft made 18 sorties to extinguish forest fires in the Krasnoyarsk Territory.

756 tons of water were dropped from the air, and 18 fires were eliminated.

It is noted that pilots directed to extinguish fires have special training and have previously performed similar tasks several times.

Large-scale forest fires have been recorded in a number of Russian regions. Almost 3 million hectares of forest are burning, more than 2.9 million hectares of which are in the control zone. This term refers to remote areas, remote from housing and industrial facilities.

According to Avialesoukhrany, at 0:00 Moscow time on August 2, 160 fires were operating on the territory of 122,046 hectares in Russia, which were actively extinguished.

Total for the past day in Russia, 25 forest fires were eliminated on an area of ​​more than 6.8 thousand hectares, the department said.

“According to the information of the regional dispatching services of forestry, for the past day, on August 1, 25 forest fires were eliminated in Russia on an area of ​​6,866 hectares,” said Avialesookrany.

At the same time, the Ministry of Defense earlier stated that aviation of the defense department and the Ministry of Emergency Situations extinguished fires on an area of ​​23 thousand hectares.

Due to the difficult fire hazard situation, the emergency situation regime operates in the Krasnoyarsk Territory, the Irkutsk Region, in two districts of the Republic of Buryatia, as well as in one district of the Sakha Republic (Yakutia).

According to the Emergencies Ministry, the largest area of ​​forests covered by fire in Yakutia is more than 1.2 million hectares. The ministry clarified that most of the fires - 106 - are in the control zone.

"On the territory of the Republic of Sakha (Yakutia), there are 123 natural fires on a total area of ​​1,215,960.0 hectares," the Emergency Situations Ministry reports in the region.

In addition, the number of fires per day decreased by ten foci. 787 people and 119 units of equipment were involved in extinguishing fires.

The head of Yakutia, Aisen Nikolaev, noted that the total area of ​​fires is less than 0.5% of the region’s forest reserves.

“In the case of forest fires, our situation is quite tense. However, we must understand that in Yakutia, 250 million hectares of forest. And today less than 0.5% is burning (forest fund. - RT ), ”said Nikolayev. His words leads Tass.

According to Nikolaev, there are twice as many fires this year as in the past.

“At the same time, the area covered by fire is 30% lower. This means that the Avialesoukhrana, the Ministry of Emergency Situations, the attracted local population work efficiently and the fires are extinguished faster, ”the head of the region concluded.

At the same time, a difficult situation is observed in the Verkhoyansk district of Yakutia, where more than 6,000 hectares of forest are burning and fires have been recorded at a distance of 5-15 km from the village of Dulgaly and the district center of Batagai.

Local authorities state that preventive measures are being taken. According to TASS, mineralized strips have been laid to protect settlements, they are counter-annealed.

In the Krasnoyarsk Territory, the fire area as of Friday morning was 1.1 million hectares. According to the operational information of the regional Forest State Aviation Agrarian University “Forest Fire Center”, there are 126 fires in the region covering 1 112 209.2 hectares, and 1 100 005 hectares belong to the control zone.

734 people and 43 units of equipment take part in extinguishing. People’s access to forests is limited.

According to the Ministry of Emergency Situations, in Irkutsk on Friday morning there are 136 fires on an area of ​​719,383.7 ha. 665 people and 151 units of equipment are involved in extinguishing.

On the eve of the Investigative Committee opened the first criminal case of fires in Siberia. The initiator of the proceedings was the SC Krasnoyarsk Territory.

The criminal case under the article “Negligence” (part 1.1 of article 293 of the Criminal Code of the Russian Federation) was initiated against officials of the regional Ministry of Forestry.

“According to the preliminary version of the investigation, from March 22 to August 1, 2019, officials of the Ministry of Forestry of the Krasnoyarsk Territory did not take measures aimed at eliminating forest fires, and therefore the fires spread to large areas,” the SC said.

The Office conducts investigative actions to identify those involved in the commission of a crime. In particular, witnesses are questioned and searches are conducted at the Ministry of Forestry of the region, the regional department of the Emergencies Ministry of Russia, as well as the KGAU “Forest Fire Center”.

Prime Minister Dmitry Medvedev urged the authorities to draw attention to the link between illegal logging and large-scale fires.

“With regard to illegal logging and deforestation, it is obvious that this kind of problem exists in our country and is very widespread. The link between such illegal actions and fires remains to be established; it cannot be assumed. But nevertheless, there is such a point of view, it should be analyzed at the level of law enforcement agencies and special supervisory services, ”RIA Novosti reports the words of the head of government on 2 August.