As strange as it may be, the first person who predicted the nomination of Ana de Armas was neither more nor less than her reviled director. "Most things that are... 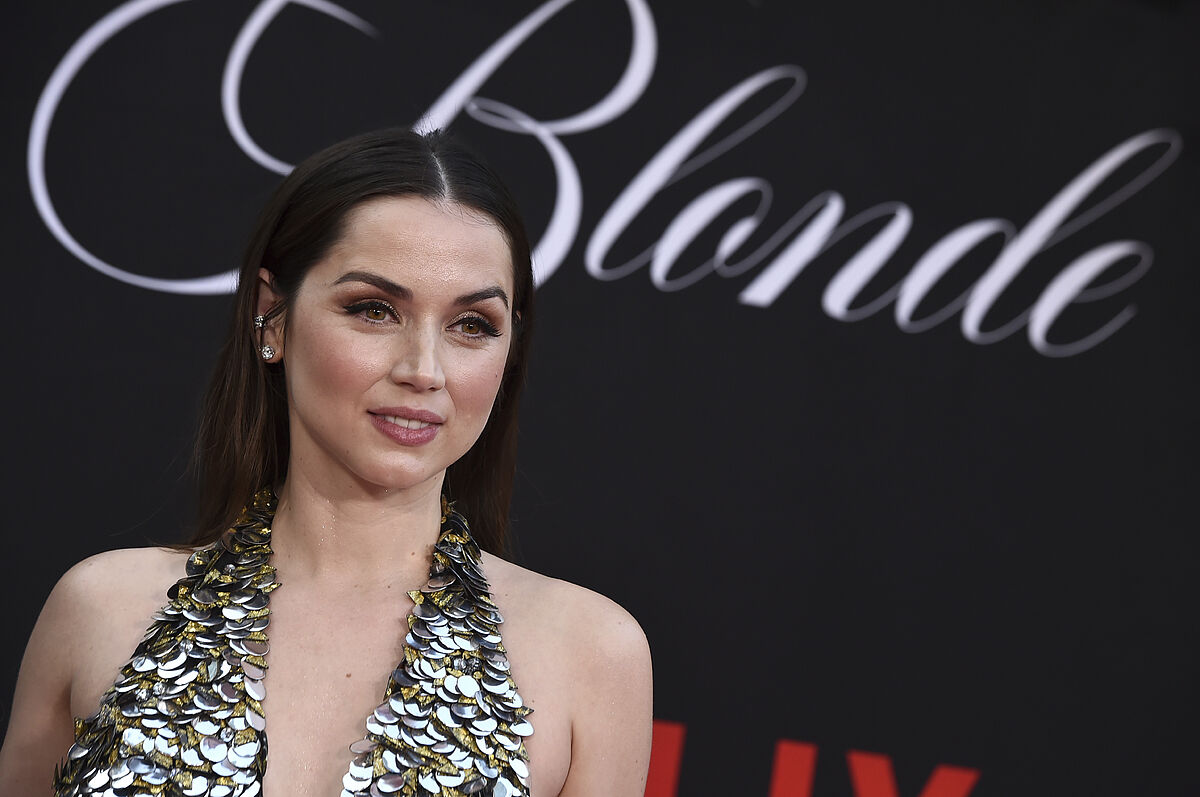 As strange as it may be, the first person who predicted the nomination of Ana de Armas was neither more nor less than her reviled director.

"Most of the things that are written about her [Marilyn] tell us: 'I met her, I really understood her, not you.' That's what Norman Mailer's and Gloria Steinem's books do. '

', my movie , is not different, but with a variant.

It appeals directly to the dark side of that desire for salvation that is a fantasy of punishment:

if you want to rescue someone, that someone probably needs you to rescue them from you too. That's why I say '

' is necessarily frustrating." Pause to reflect. And he continues: "A lot of the negative critics are following that same instinct, they want to protect Marilyn.

They want to protect her from me, and even those who love Ana want to save her from this horrible movie!

It is a very masculine reasoning to save the defenseless lady from her horrible narrator, who is also a man". And the last one as a moral worthy of Nostradamus:

"So I feel that what happens is partly the perfect measure of success of the movie".

Read (and reread) hours after it was revealed by surprise and against all the most obvious pools that the Spanish-Cuban actress was part of the quintet of best actresses of the year,

And even slightly revealing.

The enigma that arises from this very moment is the following: on the one hand, there is unanimity that '

' is entirely the work of Ana de Armas, that only thanks to her and because of her, the film makes sense, and, on the other, the virtual consensus that a large part of the American critics community has reached to the point of turning the film into the star of the anti-Oscars (the ones known as Razzie that award the worst of the year) is that nothing in the almost three hours of '

' is literally worth shit.

The question now is how to marry the two statements, how to incinerate a film that rests solely on the performance of its protagonist and save the protagonist at the same time.

Well, that's what the Oscars do.

Reviewing, even summarily, the campaign against which '

' and its protagonist have fought until reaching the nomination is quite similar to walking through a minefield.

The most notorious of the explosions was heard in the 'New York Times'.

' and, like her fellow reviewer of the book on which it is based published in 2000, literally blew up.

For the author of the most furious text against the film, '

' basically forgets the proven talent of the most famous blonde actress to make her nothing more than a victim.

"Dominik", reads what is the final sentence,

And all this to conclude: "Given all the humiliations and horrors that Marilyn Monroe endured during her 36 years, it is a relief that she has not had to suffer the vulgarities of '

', the latest necrophiliac entertainment to exploit her".

Indeed, such a critique has become the gold standard by which to measure the tape over time, few saw it coming.

the novel's author and outspoken feminist, has grown tired of defending the film on Twitter, sea and air.

She confessed to this same newspaper that she was convinced that

if that same tape had been signed by a woman, the story would be completely different.

Until arriving here, the director himself did not miss the opportunity to insist that a film like this with a gestation process of almost 13 years has only been possible thanks to the irruption of the Metoo movement.

And not content with this, as if what is seen on the screen were not enough, he has repeated over and over again that his intention was always to show how the myth (mask) of Marilyn ruined Norma Jeane (the face) from the macabre consciousness of a society (ours) delivered to the consumption of its desires transformed into simple merchandise.

Ana de Armas, for her part, has tried from the first second to stay out of the controversy.

In any case, it is not difficult to imagine her gesture of desolation when, in the face of the lynching and the subsequent economic failure that the film meant for Netflix, her name disappeared from the promotional campaigns for the Oscar.

' in Venice- that she had achieved it.

The actress who, after her dazzling appearance in

characterized as a futuristic icon, surprised by her perverse naturalness in

'Daggers in the back'

to immediately demonstrate his agile comic vis in

, gave the impression that he had reached the perfect measure of his talent from Dominik's hand by dint of bleeding into the skin of a myth, the largest of them, who, in effect, bleeds to death.

The director himself never tired of reiterating that the film was Ana and that without her nothing would have made sense.

Everything indicated that his career to the top would be in a straight line.

Until the storm broke, which was not when it was first seen on the Italian Lido but upon arrival in the United States.

And so until the Oscars now that come to his rescue.

Actually, it's a staged ransom since there's no chance of winning against Cate Blanchett's evidence.

But rescue at last.

Which, according to the director, is what the masculine dream has always tried to do: rescue Marilyn from those who used her and, by extension,

now rescue Ana de Armas from the perfidious director who has dared to make her a star.

The pattern repeats itself.

As contradictory (and slightly hypocritical) as it sounds.