Tania Llasera: "There is nothing wrong with yelling at our children. My mother was Thatcher, I have grown up with a clean smack and I have no trauma"

Tania Llasera (Bilbao, 1979) is not a person who avoids puddles. If she finds them and you have to put your foot in, she gets wet, period. She has been in the public sphere for many years and ... 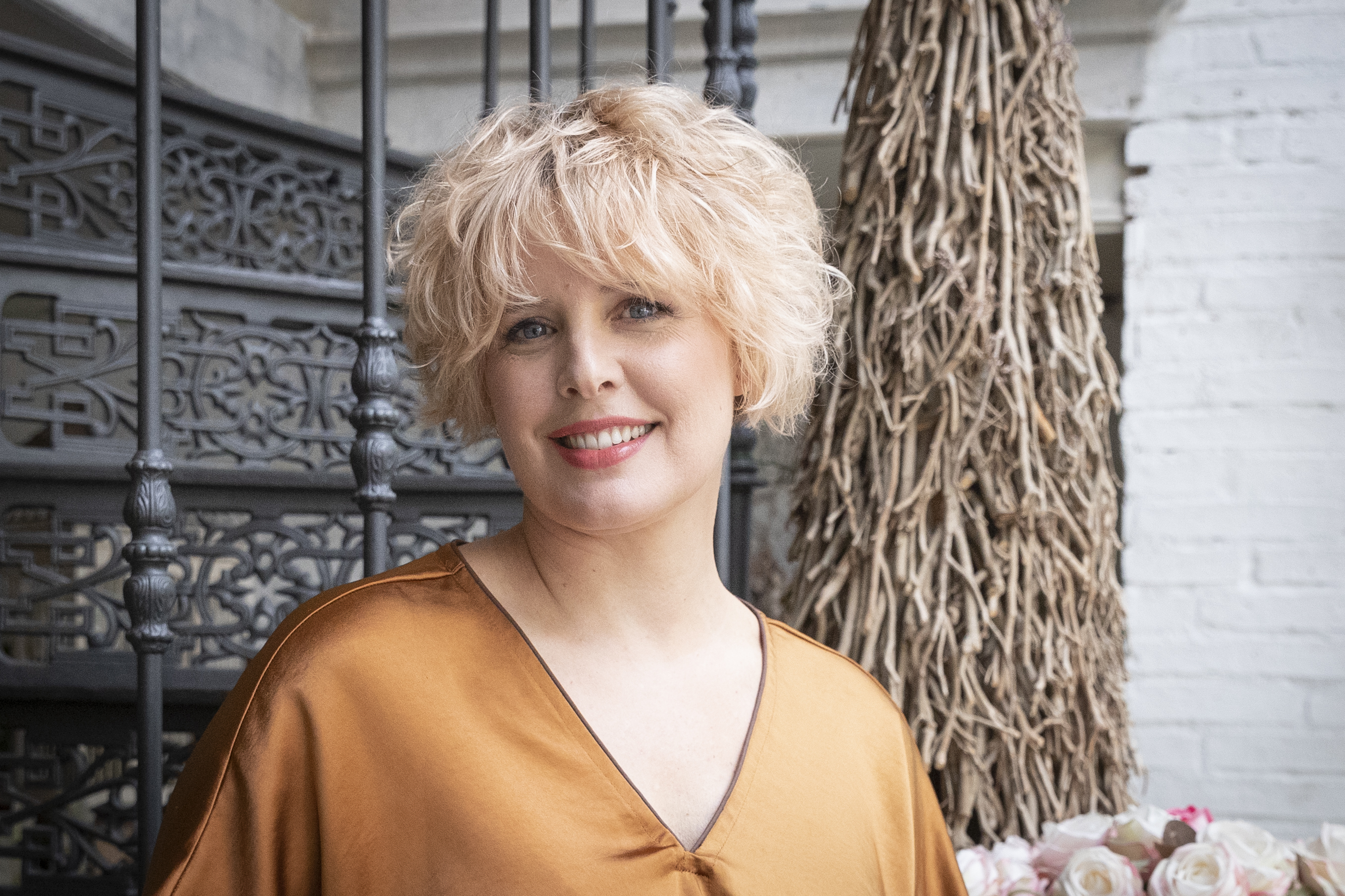 Tania Llasera (Bilbao, 1979) is not a person who avoids puddles.

If she finds them and you have to put your foot in, she gets wet, period.

She has been in the public sphere for many years and has a certain callous, so, if she considers it appropriate, she raises her voice about what is necessary and that the sun rises in Antequera.

About what is required of women, for example, it has been explained very well in her latest book,

The subtitle, 'For All Who Are Up To The Cunt', offers a few clues.

Or it is also dispatched in talks, as in 'Superwoman your mother', a conference that she will give on February 16 in Madrid.

Now it has been the turn of the pressure exerted on the mothers.

The actress and presenter has just posted a video on her networks where she makes visible the shadows of motherhood and her impact translates, at the moment, into more than 370,000 views.

She does not want to be a grumpy lady, but explains to Yo Dona that she often finds reasons to be so: "I would like to stop being the woman who

, but society does not allow me. I think that women complain very little" .

He has "only" two children, although

: "Pepe, 7 years old, and Lucía, 5.5. Since they get along so little, they have a twin imprint, that is, they do not remember having ever been alone. That's why their energy is like twins and upbringing is complicated," he admits.

, after which he acknowledges having received many signs of support: "I have only received two unpleasant messages. In the rest, more than 2,000, they have told me that they have cried, that they have felt

and they thank me for telling the reality of being a mother":

In this video you protest many things. It's that women are judged a lot.

I wanted to say that I also yell at my children, or that I grab their hair -without pulling-, because it is impossible to always be your best version.

I think it's refreshing to say it and feel accompanied, because now we are very alone in parenting.

And above all make it clear that we are not bad mothers for it.

What difference do you find in the way you educate and in how you were educated? I have grown up with a clean smack and I have no trauma.

My mother is English and she was like Thatcher.

I am much more flexible.

The other day he told me that now we give children too many options and we even ask them what kind of cereal they want,

who are very spoiled and have no tolerance for frustration.

Before it was another time and, for example, there were no screens, although my mother took the cable for the television in her bag so that I wouldn't get distracted and do my homework.

And how are they alike?My mother was very loving and she was very present.

None of us have had relatives close to whom we can turn and we have had no choice but to juggle to raise the children.

She read positive parenting books and I watch videos of the same.

Do you find them useful? Yes, I see them, I educate myself and I learn a lot, but there comes a time when it seems that these gurus know more than you do about your children, your home, your motherhood... We have completely normalized that we judge and not: I am the one who loves you the most and the one who knows you the most.

Positive education is fine, but we cannot do it 24 hours a day.

Now we mothers have less of a tribe? We have plenty of cybernetics, but we lack the physical tribe.

My mother was in groups with other foreigners, they kept each other company and the children played together.

They also passed their notes about the positive parenting books they read to each other.

How do you get rid of the miseries of motherhood? Talking to friends.

In those cafes, truths are spoken like fists, because shared shit is less shit.

Many times you feel like you're going crazy and the media and networks gaslight us.

They keep selling a sugar-coated image and we compare ourselves to that.

Which one are you in now? I've already been through the cavernous cave that is lactation,

which is a stage of much loneliness.

Now I am in constant negotiation.

Then you leave the screens to the child for a while and you are also a bad mother!

We also need a little space and act with what comes naturally to us, without feeling guilty about everything.

How do you deal with guilt? It's something that touches us more than them.

I don't know if it's because of our Judeo-Christian tradition, but of course I'm very sick of guilt.

One of my resolutions for 2023 is to take a little off.

I'm not a worse mother for yelling.

We good mothers are present, we respect, we give affection, but we cannot always do it because if not, the children take us for the night watchman's dick.

Then there are the networks, which show constant perfection and it is impossible to get there.

It generates a lot of frustration.

What is the best moment of the day with your children for you? I love bathing them because they take the opportunity to tell you about their things and yes, put them to bed.

It is my moment of relaxation, for Netflix to tell me a story and for the TV remote to be mine.

What do you do when they drive you crazy and a storm is coming? I have a code word with my husband.

That means I'm going to lose control and I need him to get behind the wheel.

You expose yourself a lot in networks and you take risks.

How do you deal with the 'haters'? The networks are wonderful, I feel very supported and I feel that by throwing up my shit I help people feel that their shit is less so.

But of course there are 'haters'.

After many years of therapy I am very worked up.

Sometimes I block them and if I don't,

I read it and move on to the next.

They don't affect me because I think 99% of people send me positive messages.

The networks give me more than what they take from me, and what a 'hater' tells me I put into the sponge every morning.

They don't tell me that on the street.

Tania Llasera during the presentation in Madrid of her book 'Mujer tenías de ser', last June.

What professional projects do you have? Now I'm going to Malaga to present 'La chica de la nieve', a Netflix series, and I'm collaborating on RNE, in the program 'A media mañana', with Samanta Villar.

I am almost 44 years old and I want to take this year to reflect and think about what I want to do.

You've been three, are you going to continue writing books? The 'Woman you had to be', which came out in June, has worked very well.

I am very proud, but I am more of a spoken word than a written word and now I have just said no to another project.

It is true that while growing up writing has been very good for me, but now I want to do other things and get out of my comfort zone.