The newspaper Flamman's request for satirical cartoons of Turkish President Recep Tayyip Erdogan arouses anger in the Turkish media. At the same time, Finnish Illtalehti publishes a caricature depicting the Erdogan doll that was hoisted outside Stockholm's city hall. - By publishing the drawing, we remind our readers that freedom of expression must be protected, says the responsible publisher Perttu Kauppinen to SVT Nyheter. 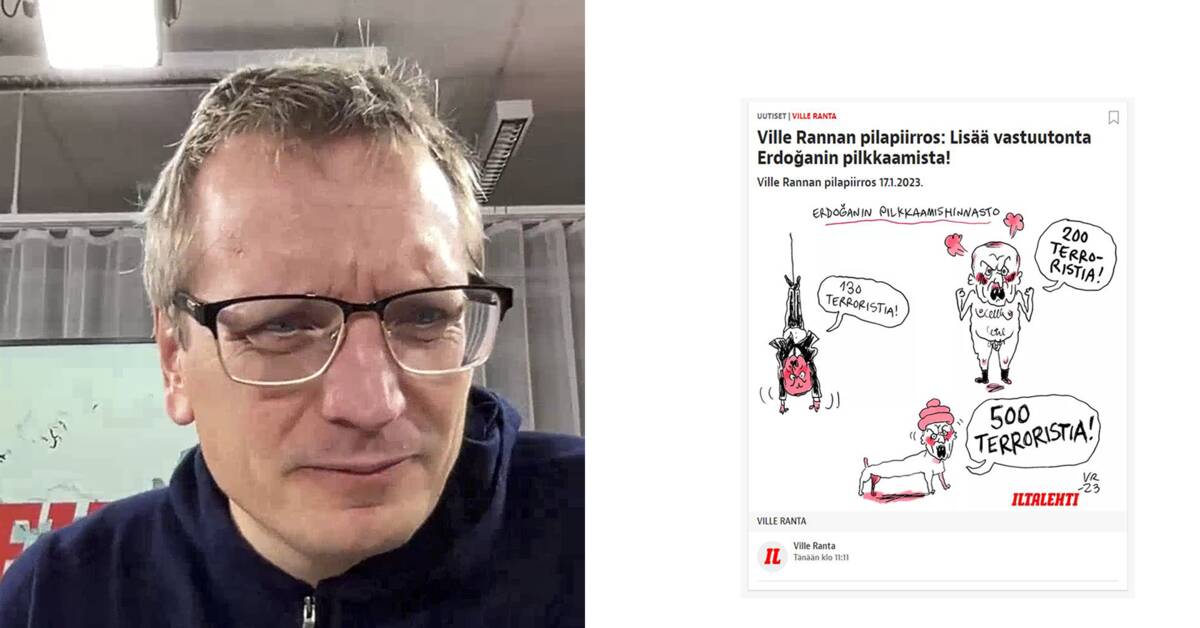 The action where a doll representing Erdogan was hoisted to the feet outside Stockholm's city hall has provoked strong reactions in Turkey.

Now one of the biggest newspapers in Finland, Iltalehti, has published a new caricature of Erdogan.

The drawing contains three depictions of the president, one as the doll outside Stockholm's city hall, one as a dog and another naked.

The speech bubbles allude to the extradition requirements Turkey placed on Sweden and Finland in order to approve the countries' NATO applications.

"Reminding our readers about freedom of expression"

Perttu Kauppinen, editor-in-chief and publisher in charge of Illtalehti, emphasizes that the newspaper has published similar satire on the NATO process and Turkey's role in it in the past.

- By publishing the drawing, we remind our readers that freedom of expression must be protected, especially when times are difficult and conditions are tough, he says.

What reactions have you received?

- The reactions have been mixed, as always with political satire.

Some say "brilliant", others that you shouldn't provoke Erdogan and that nothing good can come of it.

The caricature is drawn by the controversial cartoonist Ville Ranta who is often published in Iltalehti.

He has been reported to the police on several occasions for his satire, including for incitement against ethnic groups, writes Yle.

The photo was published on Tuesday and so far has not resulted in any major protests in the Turkish media.

On the other hand, the socialist newspaper Flamman's satirical drawing competition, with Erdogan as the target, has done that.

In the regime-loyal newspaper Daily Sabah it is written:

"The scandals never end in Sweden.

After the shameful demonstration in Stockholm, the Swedish press has caused another scandal.

Even A Haber, another Erdogan-loyal media, has criticized the competition.