It is one of the most exclusive and cosmopolitan resorts in Switzerland, as well as the largest ski domain in the Swiss country. Up to 400 kilometers of slopes and 89 lifts are... 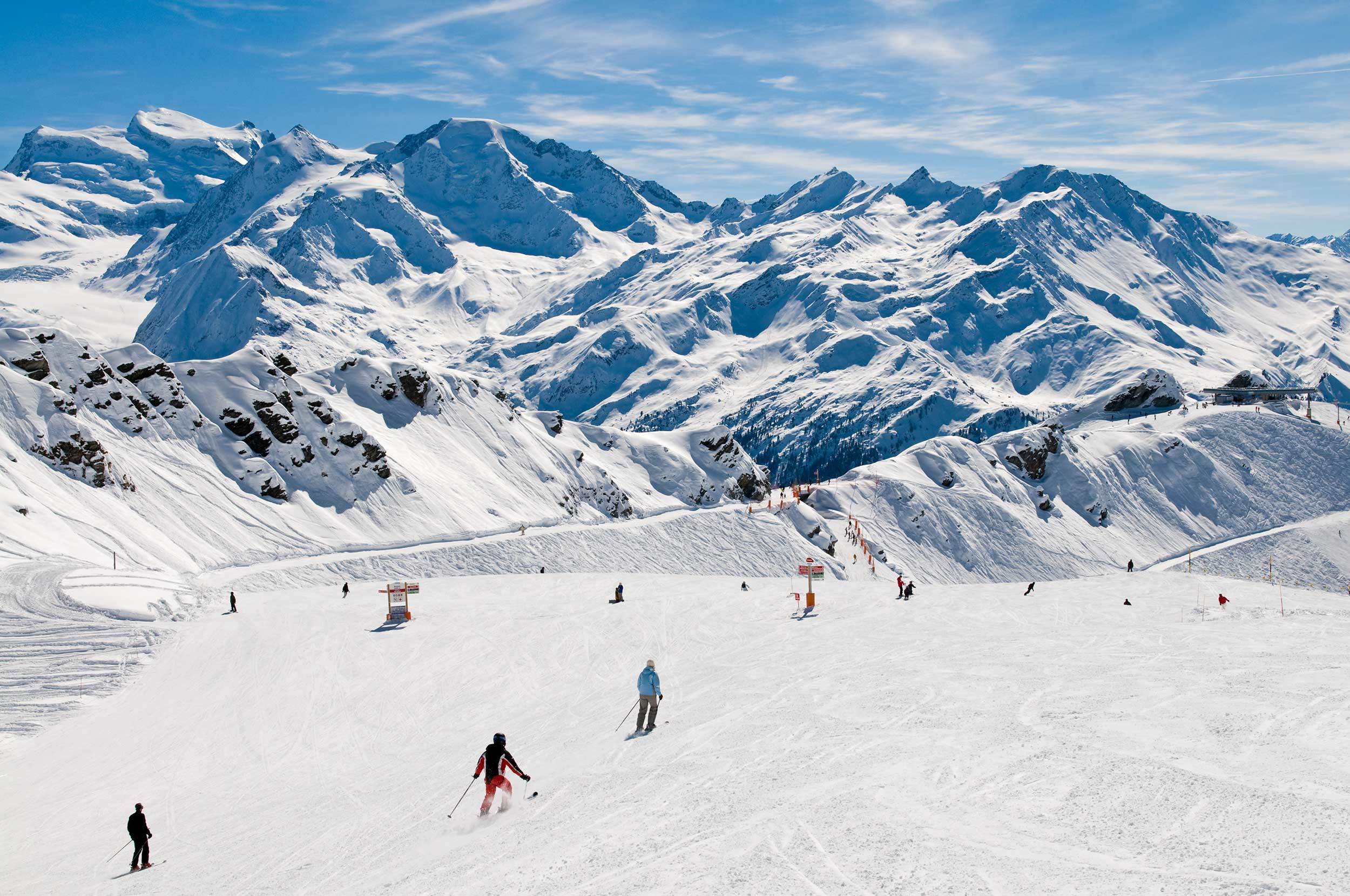 It is one of the most exclusive and cosmopolitan resorts in

, as well as the largest ski domain in the Swiss country.

Up to 400 kilometers of slopes and

are distributed through its bucolic landscapes covered in white when the cold arrives.

Of these, 195 kilometers are signposted, so that you can access the skiable area of

, the Oscars of the snows.

The tenth edition of the awards, held every year since 2013, reviews not only

the most spectacular resorts on the planet

, but also the best ski hotels in their different categories (sustainable, boutique, chalets...), as well as to

specialized in the sector.

Its aim is to "recognise, reward and celebrate excellence

"The awards show that the appetite for ski tourism has never been stronger," he adds.

Skiers at the Verbier resort.

It is not the first time that the Verbier station, located on a sunny plateau in the

, has risen to the top of the ranking, since last year it was also the winner for its facilities, its hotel and culinary offer and its complementary activities to

Mont Blanc, paragliding or the

From France to Dubai

Anyone who still had doubts about escaping to

best snow hotel in the world

was also awarded at the World Ski Awards

to the recently renovated

which is why it is presented as the white destination. of the moment.

Another reason: a cable car allows you to reach

the top of Mont-Fort,

at 3,330 meters high, and from which you can descend one of the most beautiful black slopes in the Alps.

The domain of Laax, in Switzerland, illuminated.

The prize for the best freestyle

the world went to another Swiss resort,

, with 224 kilometers of slopes (70% of them located above 2,000 meters, which guarantees excellent

These figures mean that it is, along with Verbier, one of the largest ski areas in the Alpine country.

There is more: the number one

The best indoor station is in Dubai.

As for the national territory, the

station , in the Aragón Valley, has been chosen as the best in the country for the first time in the history of the awards, whose voters are professionals and consumers in the sector.

(among them, the famous

, the favorite for beginners) and five restoration points, the Huesca resort stands as the cradle of this sport in Spain when it was inaugurated in 1928.

Regarding the award, the CEO of Candanchú, Fernando Montón, thanked them for the

, while being aware that the award "encourages them to continue improving and continue transmitting their passion for snow."

ski resorts located in Spain, only four have managed to sneak into this tenth edition of the awards: the aforementioned Candanchú, Baqueira Beret,

As for the national award-winning accommodations, there are the

(best snow hotel) and the

(best boutique hotel), both in Baqueira.

We continue with the ranking outside our borders, since the best new snow hotel is

(France), while the number one in terms of sustainability is

and the most impressive chalet,

, the latter two in Switzerland.

You have to cross the Atlantic to enjoy the best boutique accommodation, the

in the United States.

The list goes on with the world's best ski resort company,

in Austria, and the best group, France's