Group SHINee member Minho expressed his feelings about releasing his first solo album after 14 years of debut. Yesterday, Minho posted on his SNS, "Finally, my first solo album has come out. 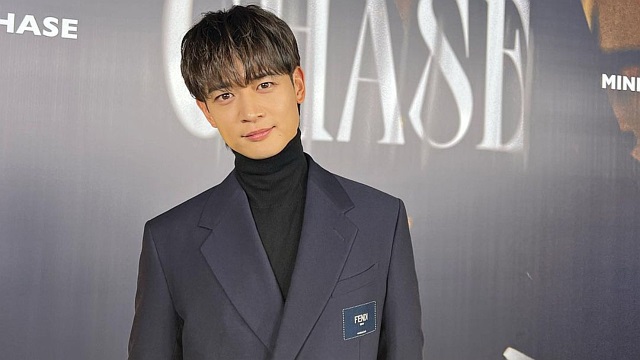 Yesterday (6th), Minho posted on his social media, "Finally, my first solo album came out. Many staff members helped me to release this album, which I lacked a lot. Once again, I would like to say thank you."

He continued, "I want to say thank you to Onew hyung, Jonghyun hyung, Key, Taemin hyung, and Shiny World (fandom name) with this album." .

Previously, on the 6th, Minho held an online press conference to commemorate the release of his first solo album.

On this day, Minho said, "It would be a lie if I said there was no pressure (from the release of the last solo album). In the big picture, I thought about the organic relationship with the members. All five members' album specifications are the same. Because there is a big picture, it's comfortable and at the same time, it's easy to capture my own color. It was a huge concern,” he confessed.

Starting with Taemin's solo album 'ACE', the members of SHINee have added '~ By using the character 'Is', they have firmly continued their organic nature.

Minho, who released 'CHASE' as the last runner, said, "I tried to match the word '~is' of the members" and "All 5 album specifications are the same. The album came out quickly and I put my album on the bookshelf to complete the puzzle I had a big goal to complete.”

Minho also emphasized that the group contained his own color and strengths, saying, "The main body is SHINee. It is a solo singer derived from it. The big frame remains the same, and it is an album that contains what he does well and likes within it."

With the release of Minho's solo album, the fans who completed the last puzzle of the members' solo album said, "I love SHINee so much", "The wilderness, the Marvel, the world view of SHINee is the best", "Is there a group that fits both the album specifications and the atmosphere font specifications?" , "I look forward to seeing all the albums gathered" and so on.

Minho's first solo album 'Chase', which contains a total of 6 songs including the title song 'Let Me Go', was released on various online music sites on the 6th.