Kick-off of COP15, the "last chance" summit to save biodiversity

From Wednesday until December 19, the UN Biodiversity Conference will attempt to reach a historic agreement to adopt a new 10-year global framework to safeguard… 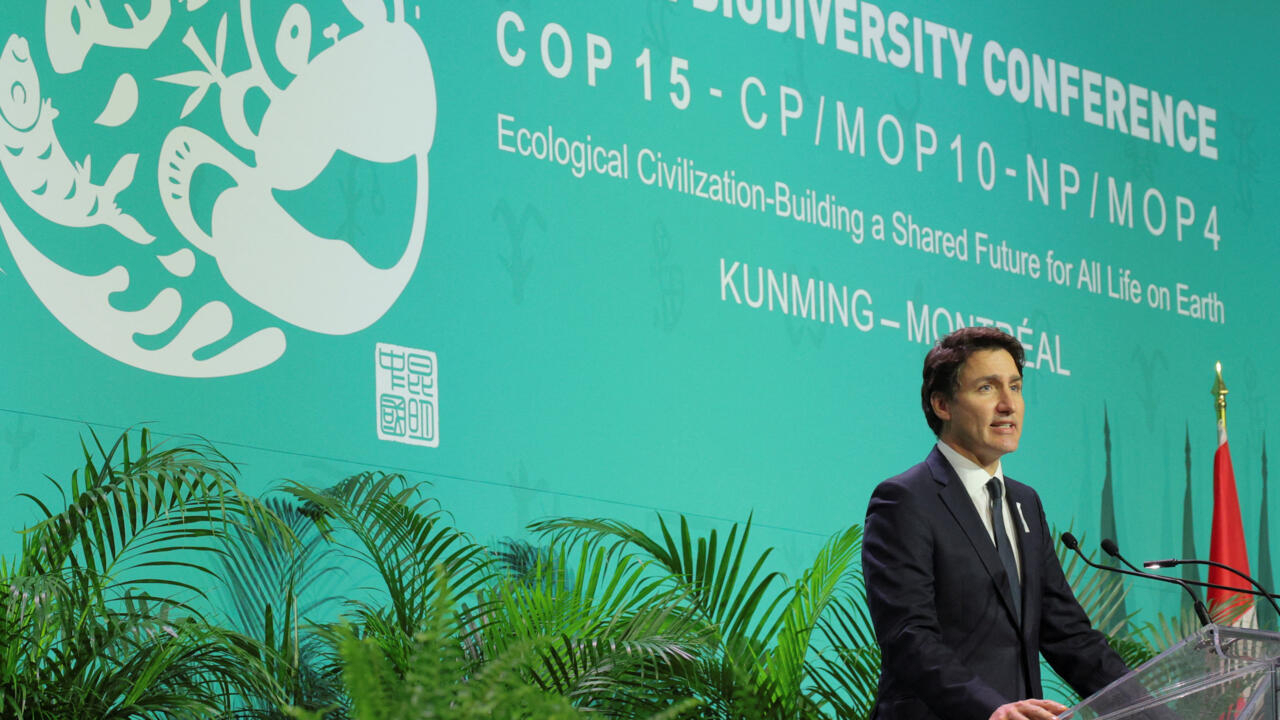 The UN conference on biodiversity opens Wednesday, December 7 in Montreal with a colossal challenge: to conclude in two weeks a historic agreement, the "last chance" to save species and natural environments from irreversible destruction.

Delegates from more than 190 countries meet until December 19 to adopt a new ten-year global framework to safeguard nature and its resources essential to humanity.

Time is running out: a million species are threatened with extinction, a third of the land is seriously degraded and fertile soils are disappearing, while pollution and climate change are accelerating the degradation of the oceans.

"Humanity has become a weapon of mass extinction", thundered the UN Secretary General on Tuesday, during the curtain raising of the summit, because of "our boundless appetite for uncontrolled and unequal economic growth".

But negotiations have been stalling for three years.

It is a question of concretizing an agreement of about twenty objectives, the main one of which aims to protect 30% of the lands and seas.

Others provide for the restoration of natural environments, the reduction of pesticides, the fight against invasive species, or the conditions for sustainable fishing and agriculture.

The cost of ecosystem degradation is estimated at 3 trillion dollars per year by 2030, said Antonio Guterres.

Before his speech, a dozen indigenous activists had protested during that of Canadian Prime Minister Justin Trudeau, illustrating the fever caused by the ecological crisis in these communities.

Their territories are home to 80% of the remaining biodiversity in the world.

The recognition, including financial, of their role in the final agreement is one of the burning issues to be settled.

In an attempt to reach a conclusion, three days of preliminary discussions took place from 3 to 5 December.

But they ended without significant progress - only five objectives approved - fueling growing concern among experts and NGOs.

"This summit is a chance the world must not miss, probably the last for governments to turn the tide and save our precious life support system," WWF Advocacy Officer Bernadette Fischler Hooper said on Tuesday.

"We are in the final straight line, and it is time for everyone to take a step forward, this is becoming crucial," said Tuesday the head of the United Nations Environment Program (UNEP), Inger Andersen, visibly preoccupied.

But the summit, chaired by China and moved to Canada due to Beijing's zero Covid policy, is taking place without the support of world leaders, who nevertheless came in large numbers to the climate COP in Sharm-el-Sheikh in November.

It is therefore the Ministers of the Environment who will be responsible, from 15 December, for bringing the negotiations to a successful conclusion.

The stated ambition remains to seal an agreement as historic as that of Paris for the climate in 2015. But some fear "possibly deliberate strategies to provoke a scenario similar to Copenhagen", where the COP Climate had experienced a resounding failure in 2009, notes the NGO Avaaz.

To avoid this, countries must agree on measurable and monitored targets, so as not to repeat the failure of the previous framework, adopted in 2010 in Aichi, Japan.

Funding from rich countries to developing countries will also be a decisive point.

Some countries want to set up a fund dedicated to biodiversity, a proposal resisted by rich countries, which prefer to improve existing channels, in particular public development banks.

The thorny issue of biopiracy is also a source of blockages: many countries are demanding that rich countries finally share the benefits of cosmetics and medicines derived from resources conserved in the South.