From Rubiales to Luis Enrique, a renewal is needed

Spanish football is in its lowest hours in years. Its leaders, led by Luis Rubiales, have brought the governing body into disrepute. And the selection... 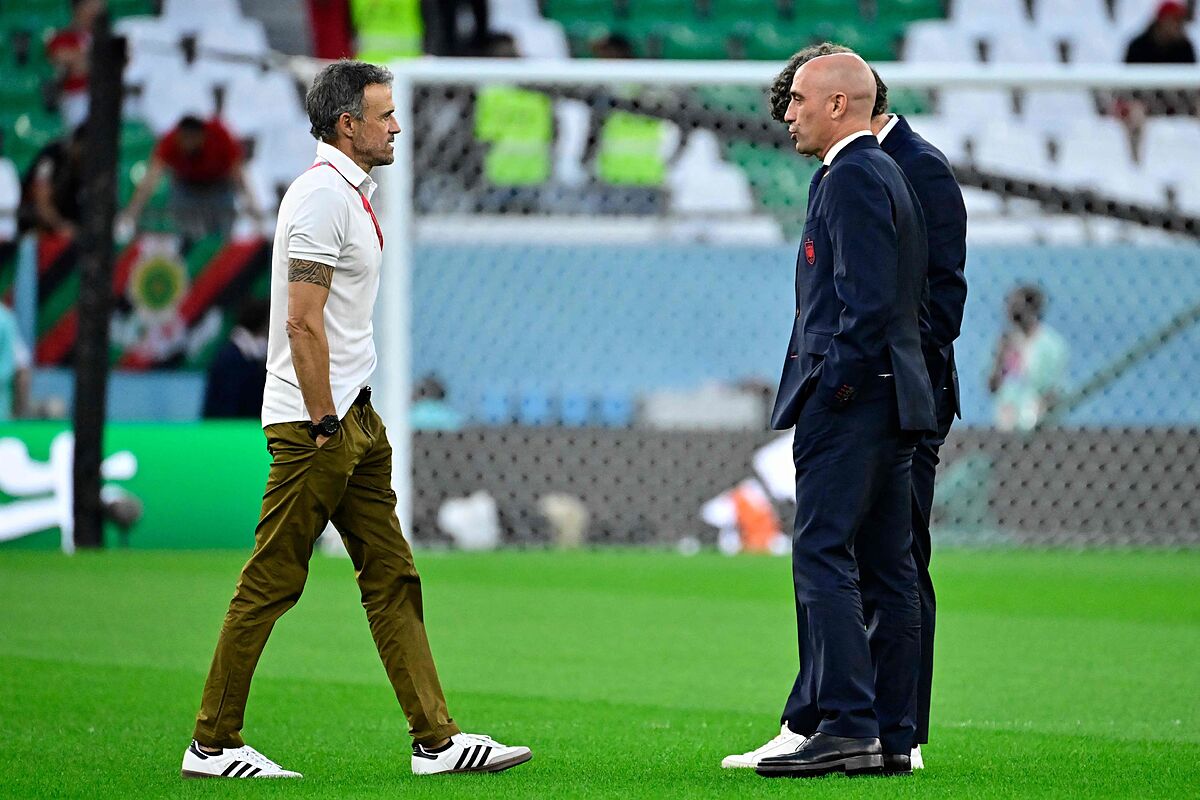 Spanish football is in its lowest hours in years.

Its leaders, led by Luis Rubiales, have brought the governing body into disrepute.

And the senior team has had several tournaments reaping disastrous results, with this World Cup by Luis Enrique as a paradigm of insisting on an outdated game model.

Two levels, that of management and the purely sports level, which cannot be dissociated, and whose crises are compelling reasons for a renewal to be

undertaken, once and for all, which must

start with the resignation of those responsible

The last scandal to become public was that of the party "with eight or ten girls" that several of its managers enjoyed, Rubiales included, in Salobreña, in charge of the Federation.

First, they denied that it occurred, arguing that they had traveled to Granada for a few "work days."

As we reported today, they have presented transfers before the judge who is investigating them for crimes of misappropriation or unfair administration.

They want to show that it was one of them who paid for the party, but that they all ran it and that the plan was to return the money.

The poor ethics of Rubiales and his team is not new.

They have inherited vices from previous managers and have created their own: contempt for the women's team;

the conspiracies to take the Super Cup to Saudi Arabia in exchange for millionaire commissions -Rubiales himself charges more the more the Federation enters- and incurring conflicts of interest with former player Gerard Piqué;

the alleged espionage of the president of the Association of Spanish Soccer Players;

the espionage of the deputy director of investigation of this newspaper;

It is still unknown who supports the president of the RFEF

, but we do know that it is impossible to pretend that the collapse of the Federation does not affect the sports field.

With Rubiales in charge, the team has already known four coaches.

In the last two World Cups, Spain has won two games and offering poor quality images such as that of Luis Enrique's team against Morocco.

The coach who came to update the game and take risks, to generate hope, to apply a football with which to turn the page on the past, has ended up without ideas and burying the expectations of a very young generation who, perhaps due to their inexperience, self-criticism has been lacking.

There are two urgent resignations in football: those of Luis Rubiales and Luis Enrique