Covid cases are on the rise again in the United States. The number of infections and hospitalizations has skyrocketed in recent weeks, with particular force in places... 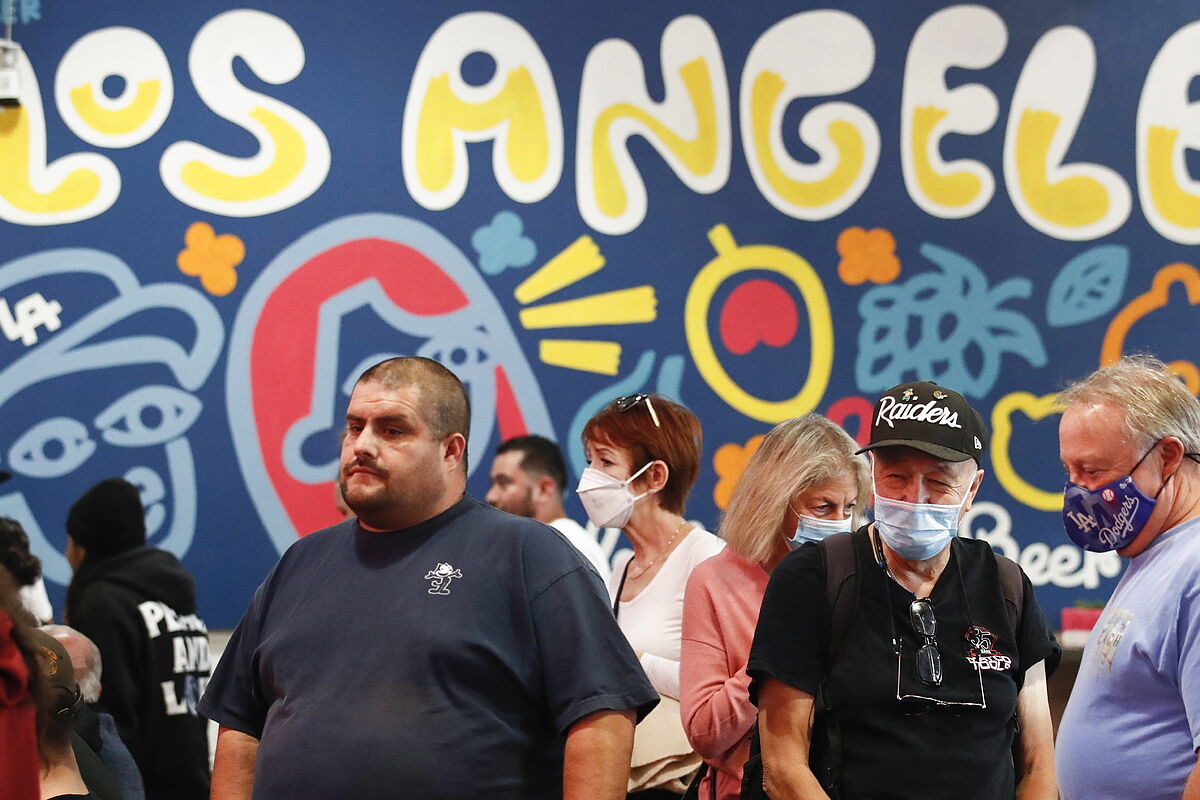 Covid cases are on the rise again in the United States.

The number of infections and hospitalizations has skyrocketed in recent weeks,

with particular force in places like California and New Mexico

, giving the impression that the apparent calm that has reigned during the fall months could end.

The daily average of positives has grown by 28%

35,000 hospitalized with the virus that has already killed more than a million people in the world's leading power.

, the most populous state in the country, hospital admissions for the elderly population have grown to

levels not seen since last summer.

The effect has been felt so much in medical centers that

It could be reinstated in January.

low percentage of those vaccinated

with an additional dose of protection.

Only 35% of those over 65 in California have that dose, a percentage that drops to 21% for the age group between 50 and 64 years and 9% among adolescents.

"The people who are dying now are mainly people without a vaccine or those people who do not have the updated guideline," said Xavier Becerra, US Secretary of Health.

The difference with this new winter wave is the low levels of mortality, with

250 cases a day, light years from the figures registered almost a year ago

, when the daily average of positives exceeded one million people and many hospitals collapsed. with omicron as the dominant variant.

Almost twelve months later, the feeling that prevails in the US is one of crisis that has been overcome and of rejection at the mere mention of reinstating security measures against the coronavirus.

An important part of the population assumes that the virus has already been added to the list of common pathologies and that it should not be treated any differently.

As last year, the traditional Thanksgiving celebration - which takes place on the last Thursday of November - has increased the levels of contagion throughout the country, with the

as the dominant with 62.8% of cases, according to data from the Centers for Disease Prevention and Control

(CDC, for its acronym in English).

The increase in the incidence of Covid has coincided with a high level of flu cases, the highest of the year in California, and the respiratory syncytial virus (RSV). Hence, hospital admissions tripled last weekend.

It is a scenario similar to that of

New Mexico, where there is already talk of a triple endemic.

The neighboring state, Arizona, is the only one where each of its counties has reached the medium or high level of transmission of Covid-19.

Medical experts from Valleywise, a network of Arizona medical centers, say that coronavirus cases have doubled since the summer and that the pattern is very similar to last year during the worst times of omicron.

"We're a little burnt out, to be honest. We were hoping this was over by now," Frank LoVecchio, a Phoenix physician, told CBS.

Shad Marvasti, a doctor at the University of Arizona, recommended returning to wearing masks in indoor spaces, in addition to getting vaccinated or injecting a booster dose for those who have not done so.

He is aware, however, of the general wear and tear around Covid.

"Unfortunately, I don't expect most Arizonans to take precautions," he said.

"I think people have become numb to the issue

It does not matter that a year ago the World Health Organization warned of a variant that ended up changing the trajectory of the pandemic.

Today, however, many in the US have forgotten the name of the variant and do not want to talk about masks or Covid again.

They have turned the page.