Cinema: "Tax evasion is not a defect but a cog in the system"

"La (Très) Grande Évasion" is being released at the cinema on Wednesday, a biting documentary that analyzes the workings of tax evasion and its impact on our societies. France 24 met its director, Yannick… 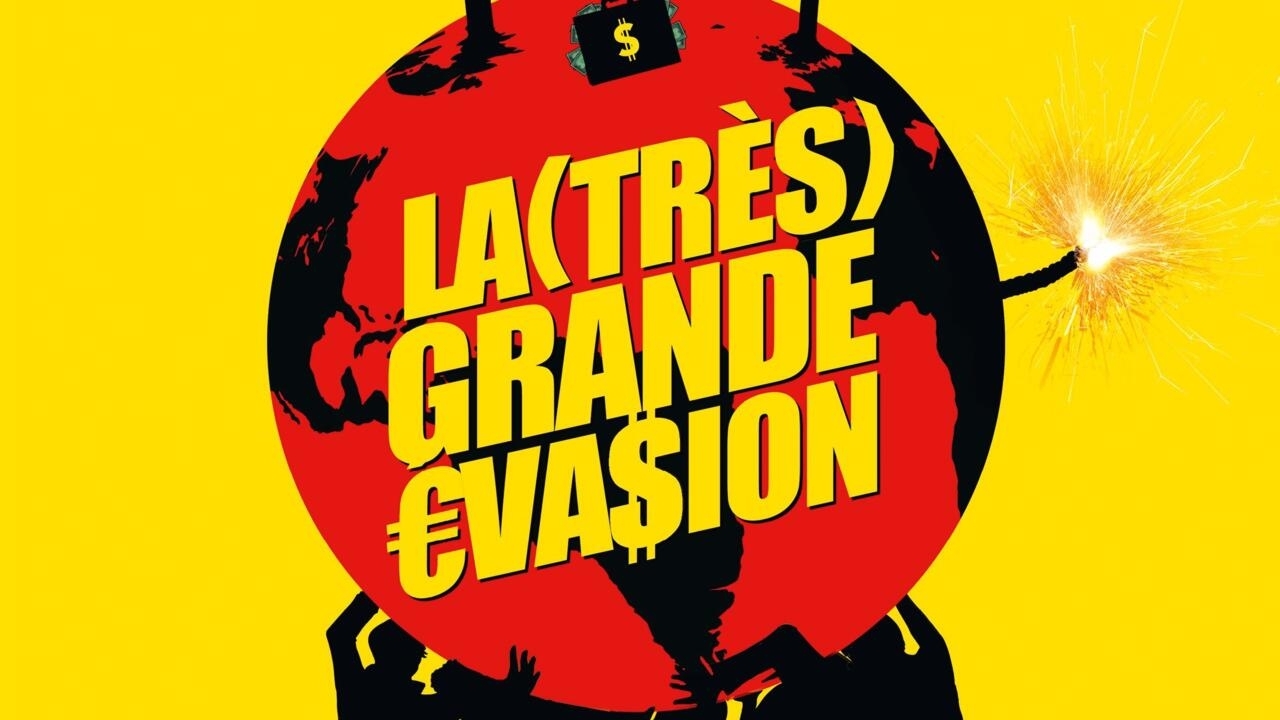 "Tax evasion is a sport that only the very rich can play."

This sentence, pronounced by the British economist John Christensen, perfectly sums up the message of "The (Very) Great Escape".

Yannick Kergoat's documentary, which will be released in French cinemas on Wednesday December 7, exposes the workings of financial arrangements, used by many multinationals and wealthy individuals around the world, to move their profits to territories with advantageous taxation in order to evade tax.

While several scandals, fueled by whistleblowers, have already provided insight into the scale of the fraud in recent years, this new documentary attempts to paint the big picture, highlighting the impact of this practice on the increase in inequalities, while questioning the will of public authorities to fight against this scourge.

Because in France alone, tax evasion could reach up to 100 billion euros per year, or the equivalent of a third of overall state revenue.

On the occasion of the release of the film, France 24 met its director, Yannick Kergoat.

France 24: Why did you tackle this subject, which may seem technical, for a cinema film and how did you organize your work?

The project was first born on the initiative of Bertrand Faivre, producer of fiction films and documentaries, who had the idea of ​​bringing together Denis Robert and me to work on a common project.

A few years ago, I co-directed the film "Les Nouveaux Chiens de garde" on the relationship between the media, politicians and industrial powers, which had some success.

Denis Robert, journalist, is very familiar with financial crime cases and had notably worked on the Clearstream case.

Together, we looked for a subject to work on and we stopped on the question of tax havens.

The challenge was to avoid the overarching academic discourse to instead create proximity and include the viewer in the discussion.

We have decided to explain the mechanisms and who are its actors, but also to point out the political responsibilities.

Why have we been talking about this question for years without ever resolving it?

It was essential for us to make a cinema film to maintain total freedom.

As the television channels did not find our project "bankable" enough, we organized a crowdfunding (or crowdfunding, editor's note) which allowed us to raise funds.

We then went through the legal texts as well as numerous international reports on the subject and contacted experts.

agents from Tracfin (the French intelligence service in charge of the fight against money laundering, editor's note) and advisers also contacted us and contributed to our research work.

Finally, Denis Robert was called on to other projects and I pursued the film alone.

It was a process that lasted three years.

Many times in your film, industrialists but also politicians point out that the financial arrangements that allow the exfiltration of capital to tax havens are not illegal.

Is it this "grey area" that allows this practice to continue?

Indeed, large companies take refuge behind this argument because they take advantage of tax agreements between countries – agreements which are therefore legal.

The same goes for some individuals who obtain "golden passports" from states which, in exchange for investing in the country, offer them tax residence in a place where they will not pay any taxes.

All of this is legal.

Nevertheless, even in law, there are limits, this is called abuse of rights.

If the main purpose of the device you use is to evade money, that is to say to move your profits to territories to avoid taxation, then the process is illegal.

The boundary is therefore very fine.

What the big consulting firms offer their clients is to set up optimization schemes that are legal until the courts decide otherwise.

We play with the interpretation of a word, the definition of a particular activity or profit to fit into the boxes of the tax law of the country concerned.

Everyone jumps into the breach and you end up with a huge tax avoidance industry working to make these schemes happen, including banks, consulting firms, lobbies, front men, wealth managers and so on.

It's an entire industry that lives off this practice and works to make it last.

A particularly tasty passage from the film shows a hearing, before the British Parliament, of financial experts who have both advised governments on the implementation of tax laws and guided multinationals on how to circumvent them.

Explain to us how you came across this sequence?

I was interested in these international audit firms, the "Big Four" [Deloitte, Ernst & Young (EY), PricewaterhouseCoopers (PwC) and KPMG, editor's note], which alone capture 90% of the tax advice market in companies.

These giants, which generate enormous profits and employ tens of thousands of people all over the world, are both auditing and tax consultancy firms.

They are the ones who are at the helm when a company seeks to optimize its taxes and therefore find loopholes in the tax systems of nations to shift profits.

These firms speak very little publicly about their activities, but I had heard of a hearing before a parliamentary committee in the United Kingdom, led by Labor MP Margaret Hodge.

I asked the British Parliament for the images then I interviewed the MP to understand the context of these hearings and to have her analysis a posteriori.

I found that it was a rather funny moment cinematographically: they are there, all present, facing an angry politician determined to pull the worms out of their noses.

It is also a very important scene because we understand very clearly that it is the same firms that advise companies and the legislator.

Margaret Hodge affirms it in front of them very simply: you make the law and then you explain to your clients what to do to circumvent it.

To put in place regulations that are more resistant to tax evasion, States could call on academics, NGOs with tax expertise or lawyers who have the common interest at heart.

But it is these large cabinets that we use.

This is called a revolving door, they pass from one side and the other of the general interest.

Your film paints a rather gloomy picture of the fight against tax evasion.

Are there still any advances?

What impact do you want to have with this film?

As far as progress is concerned, we must mention journalistic work, because all that we have learned in a substantial way over the past twenty years about tax evasion practices is the result of investigations, often based on leaks of documents, which require considerable work.

In this field, the collaboration of numerous editorial staff in "consortia" is a novelty which has borne fruit.

We must protect this essential work as well as whistleblowers.

But the journalistic work published in the form of a serial has its limits: the "Panama Papers" (2016) made much more noise than the "Pandora Papers" (2021), while the revelations were much more important during the second scandal.

The interest of spectators and listeners is dwindling.

The risk is to suggest that this practice is a defect, a perverse effect of the neoliberal system that we could live with, when it is a very important cog in the system.

A cog that has very concrete consequences on our lives, through the growth of inequalities and the construction of gigantic multinationals with an excessive power of political influence.

All this has a cost: what policies can we pursue if we have no budgetary margin?

Austerity policies, as we have been experiencing for 25 years.

Every day, we see the difficulties of States in financing public policies, such as the ecological transition for example.

Meanwhile, our president explains that we should not tax the "superprofits"

Here and there, we see progress in the fight against tax evasion.

But the issue is far from settled and fraudsters are still one step ahead.