Sumi Jo "I stayed up all night too... Soccer and music are universal languages"

Soprano Sumi Jo held a press conference to release a new album after 3 years. Sumi Jo, who sang the official cheering song during the 2002 Korea-Japan World Cup, is also a well-known soccer fan. 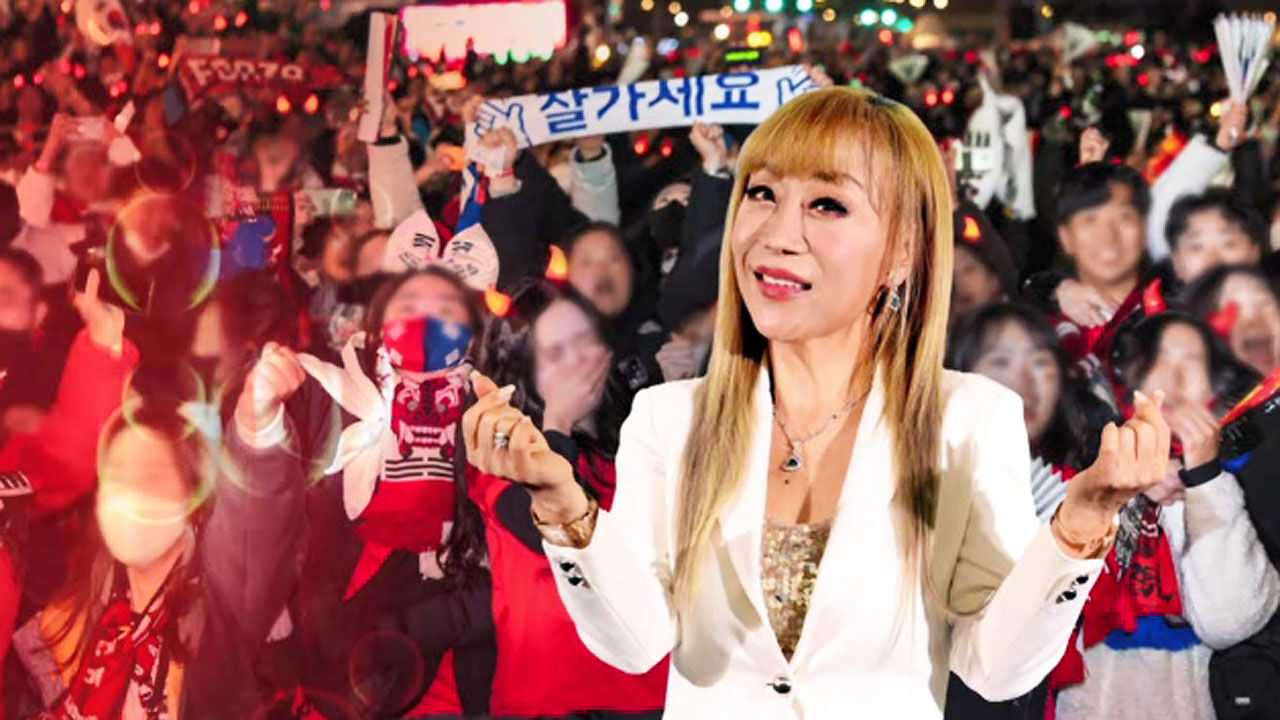 Sumi Jo, who sang the official cheering song for the 2002 World Cup in Korea and Japan, is also a well-known soccer fan.

Kim Soo-hyun, a reporter specializing in culture and arts, has been there.

Jo Su-mi said she came to the press conference after watching a soccer game all night.

[Sumi Jo/Soprano (press conference for album release): You and I are holding hands here right now~ I can hear your voice

[Sumi Jo/Soprano: (Korea National Team) I am proud of you, and I will forever support you and cheer you on for such a wonderful experience that we were able to become one.]

Sumi Jo said that she has loved soccer since she was studying abroad in Italy .

and music are common in that they are a universal language enjoyed all over the world.

The title of Jo Su-mi's new album, which revealed her love for soccer, is 'When I'm in Love'.

He collaborated with musicians of various genres, including not only classical music but also jazz and Korean traditional music, to include 11 songs that sang love in Korean.

[Sumi Jo/Soprano: Going through Corona, in a difficult and in a way lonely life, the most beautiful and valuable moment in our lives is when we fall in love...]

There are many creative songs that are loved these days, including 'First Love' with junior vocalist Gil Byeong-min.

Sumi Jo has such a special affection for her Korean songs that even when she released her solo debut album abroad in 1994, she featured her song Barley Field alongside her opera arias.

[Sumi Jo/Soprano: This year marks the 100th anniversary of (Korean Gagok), and I thought I would like to make an album that you can find up close, both in the arrangement and in the singing method.