From the gossip paparazzi to the gossip climbs, is it possible to defend yourself against them?

Let's see. We all gossip. Although we deny it. And if we deny it, it is because we all know that gossip is not something to brag about. No one goes around whispering into another's ear and... 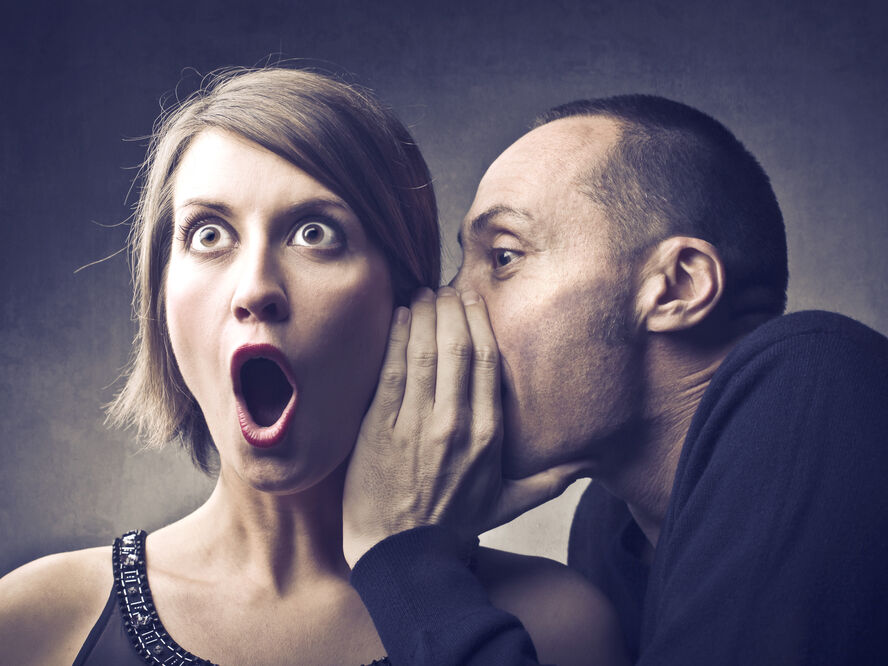 Although we deny it.

And if we deny it, it is because we all know that gossip is not something to brag about.

No one goes around whispering into another's ear and furtively looking around to make sure no one sees him: "Have you seen Silvia Nieto? What wonderful articles she writes. And what smooth skin she has."

No, that doesn't usually happen, a pity (especially since it's true!).

But certainly not all gossip is created equal.

As a 2012 study conducted by two researchers from two universities in Amsterdam showed, the

to inform and be informed

A classic: the company does not inform about it but everyone has already found out that they are going to fire the Silicon Valley guru they hired a year ago.

Word of mouth here does not have the function of harming the guru (who is already harmed in excess), but of informing about the guru (then there is the desire that we have for the guru in question and how we load the gossip with dynamite, of course) .

protection of the group.

Information that we consider relevant to the survival

of the group or that

it is shared via word of mouth

That threat may be a

of the group itself who, we believe, has

The gossip then becomes a mixture of comfort, relief and, occasionally, a 'sharing' that encourages decision-making.

It serves to give cohesion to the group.

And finally there is gossip in its most paradigmatic form.

Many years ago, a person who worked with me said a phrase to me in front of the vending machine that has stuck with me forever: "I

He impacted me at the time and continues to impact me now, because it turned out that he was 'bad'.

That is, he was a person who harbored

towards the people he gossiped about.

In this case, moreover, it was someone who

The gossip is not stupid, although he may seem so

I am sure that the great

author of 'The fundamental laws of human stupidity' would agree with me here.

According to him, there are only four categories of people in the world: the

If we are tempted to make the paradigmatic gossip fall into this last square, there is a compelling argument to neutralize this temptation: unlike the wicked, the stupid does evil without obtaining any benefit for himself, and even harming himself (for that's stupid).

does act out of

The most classic that moves the

that one has about another person.

But it can also be

(with consequent personal benefit, if only the satisfaction of having some power over others).

It may even be a

who wants to leave a person whom they consider a fraud with their 'ass in the air', but without exposing themselves.

But not for those;

Assuming the right to do justice on his behalf does not make him a better person by any means.

The truth is that when

goes one step further, when it is

when it is not a lifesaver but a sophisticated tool that we know how to use to harm... then, save yourself, we are facing a most toxic specimen , which should be protected.

How to defend yourself against the professional gossip

author of the disruptive 'Punk Psychology' (ed. Vergara) there are two basic types of gossip in the company: The

"In the first there is an intention to

on your shoulders. He wants the bosses to elect him, so

he presents himself as morally superior.

With this one, the worst thing is to try to defend himself. The ideal approach is to

congratulate him on his successes,

with The goal is to make him believe that you are his colleague. He will lose interest in you, although if your

bosses are not very intelligent

they will believe him in general."

Then there is the

that kind of human megaphone incapable of keeping a secret or retaining within it any information that it considers valuable.

Sometimes life wants them to work as talk show hosts on a television program, but other times, unfortunately, it's up to you to suffer.

With these, says Amat, "the

is to know that the star is you and that

the best thing to do is to do poses,

don't let them steal you. That is, give them the information you want them to gossip about. You know, not always life It's perfect, and work, less".

None of the above strategies, says Amat, are easy to carry out.

that we don't always have. Although the really important thing is that if those relationships are very disturbing, you can work the matter with someone expert."

Come on, that the bad, go to the psychologist.

Myths that should be banished about gossips

The bad press has long been concerned with attributing to

a label that has long since become obsolete, even through studies that have dealt with casting stones against such a belief.

A relatively recent one conducted at the US University of California at Riverside states that women do not engage in destructive gossip to a greater extent than men, and low-income people do not gossip more than rich people.

Of course: the aforementioned study maintains that

are more prone to

The study boasts of being "the first to delve into who gossips the most, on what topics, and how often people gossip:

Every man for himself.