The producer of MasterChef threatens Patricia Conde with legal measures

Shine Iberia, producer of MasterChef Celebrity, has sent a burofax to Patricia Conde announcing legal measures if she does not "rectify and apologize" for their... 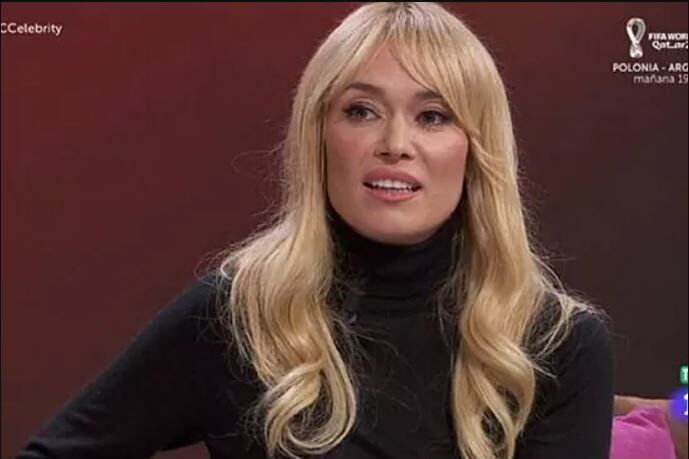 for her accusations against the program of manipulation and drug use by some participants, they have informed Efe company sources.

"Regarding Shine Iberia, and regardless of the measures that her publishing colleagues decide to adopt, a burofax has been sent to Patricia, and

, the aforementioned sources have indicated. .

The presenter, who has participated in the latest edition of the television contest, wrote a

last Thursday, December 1 , which she later deleted, in which she made serious accusations against the program.

"I was only sleepy, in my life, I have never taken drugs and in a television program with 14 cameras focusing on me

I would not do something like that, I am good, but not an idiot and I love myself

, I respect myself and I want the best for my son and for me. You know perfectly well who are the two people in this edition who have done it, every day. Look at the images of the day at the racetrack, for example. They pass me the dead ", he wrote.

She also asked those responsible for the

program to stop attacking her

"Tell the network guys on the program (who are wonderful) to stop writing hurtful things about me. I was talking about the danger of networks, not mental health. What I

'm suggesting is that you hire a psychologist

for the program so that explain to us the reason for things. Like 'you're not crazy, they turned off the oven', for example," he concluded in this part of the message that he ended up deleting.

Subsequently, the producer denied the contestant's

comments in a brief statement

, and warned that they were an attack "against the honor" not only of the program's production team, but also of their own colleagues.

At the moment, none of the other contestants have joined the controversy.

All of them, through their different personal accounts on social networks, have shown their gratitude to the format and their "good" time on "MasterChef Celebrity 7".

Since the first publication, Patricia Conde

has modified the text on several occasions

, and currently only maintains a version in which she is grateful for her time in the kitchens of the program.

"I had never seen MasterChef, but I am eternally grateful for the opportunity and because everyone has gotten to know me a little more.

I have said it many times, I am sensitive and vulnerable

and my lifeline is my sense of humor. They tell us to cook, to fight , that we make a fun show, like what you have seen in the 12 programs of this and in the other editions", underlines