Jean René, better known by his artist name JR, unveiled his latest performance in New York on Sunday, for which he called on volunteers to compose the hair of the young Nika Shakarami,… 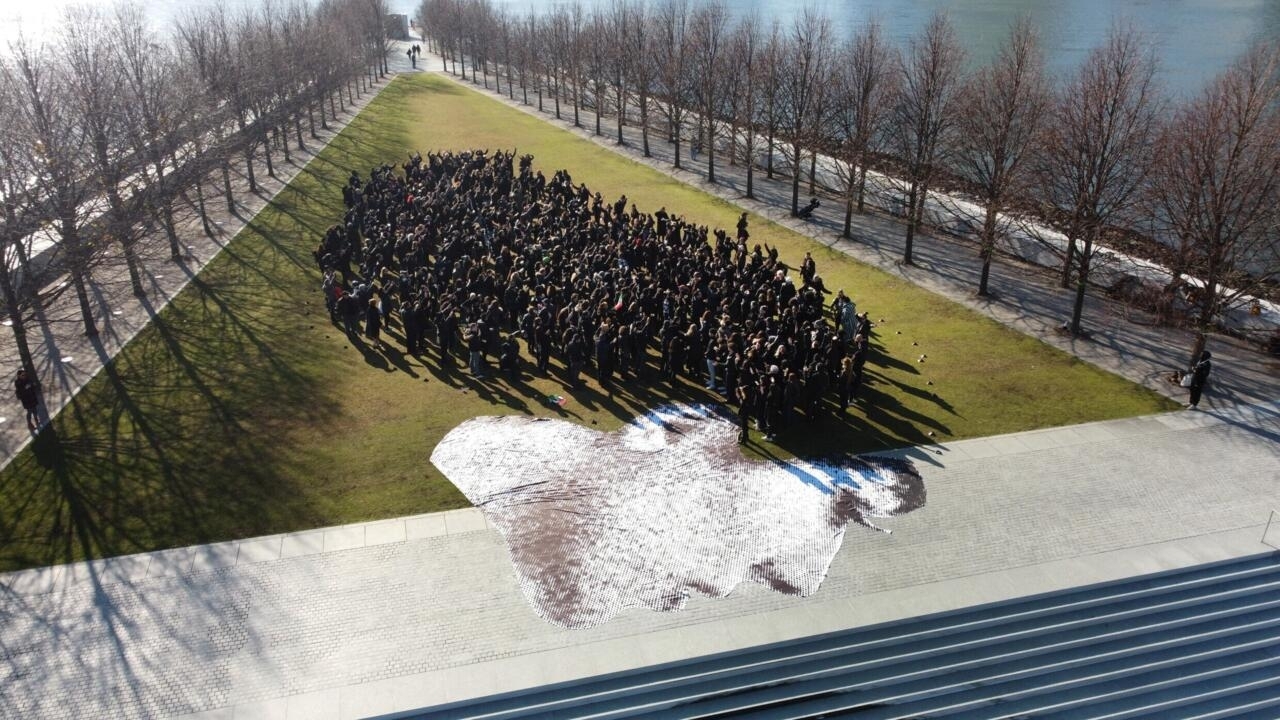 French artist JR presented his latest performance on Sunday, December 4 in New York, which powerfully illustrates the struggle of Iranian women against the Tehran regime by representing the face of an Iranian woman who died during the demonstrations and her hair formed by volunteers. .

"As an artist, you often wonder how you can help causes that are so just and that, somewhere, concern a lot of people in the world, a lot of women in the world, especially right now and in Iran" , explained to AFP Jean René, better known by his artist name JR.

After several weeks of reflection, he decided to use volunteers to compose the hair of the young Nika Shakarami, who died at the age of 16 during the demonstrations triggered in Iran by the death of Mahsa Amini, on September 16, after having been arrested by the Iranian morality police who judged that she was not wearing her veil correctly.

An aunt of Nika Shakarami sent the French artist one of the last photos published by the young girl on social networks, which has since been removed.

JR chose Four Freedoms Park on Roosevelt Island, an island in the middle of the East River that runs along eastern Manhattan, opposite the United Nations headquarters, to showcase his work on Sunday.

Thanks to this group of volunteers, more than a hundred in total, Nika's hair comes back to life to the rhythm of the icy wind blowing over New York.

This photo "meant a lot to the family", said the artist who presented his work for the first time in Brazil.

"On our small scale, it's one of the rare things we can do, and therefore to create an image like that, somewhere, it brings back attention to also show that on the other side of the world, we think of all these women and all these people who are fighting on the spot”, explained this committed artist.

"I said to myself that I would have to create an image in fact, where the people are the hair and in fact, an image that cannot be done without the people, without the help of the people", he said. -he adds.

Iranian architect Aila Ahkhmi, 36, who participated with more than a hundred other volunteers in the composition of the veil, said he hoped "our voice" would reach Iran, where "unfortunately, so many the population that activists and artists are prevented from speaking because they are immediately arrested and imprisoned".

This performance is part of the "Eyes on Iran" campaign promoted by Iranian women members of organizations such as For Freedoms, Vital Voices and the global coalition Woman, Life, Freedom, which at the time of its launch on November 28 the latter received the support of former US presidential candidate Hillary Clinton.

This campaign is working to get the United Nations to expel Iran from the UN Commission on the Status of Women, in a vote expected on December 14.