French writer and journalist Dominique Lapierre, author of 'The City of Joy', dies

The French writer Dominique Lapierre, author of numerous espionage best-sellers and contemporary historical themes, has died at the age of 91, as confirmed by this... 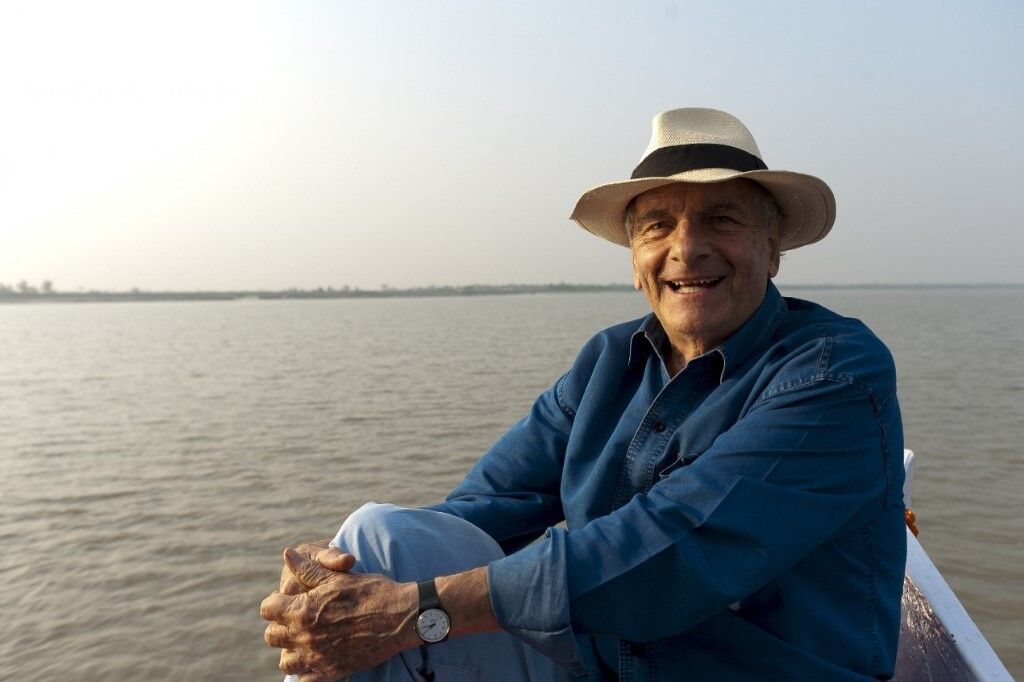 , his wife confirmed this Sunday to the French media.

The death occurred last Friday, according to what the widow confided to the 'Var-Matin' outlet in the Provence-Alpes-Côte d'Azur region, where the writer lived, in the town of Ramatuelle.

'The City of Joy'

The son of a diplomat who served in the United States, Great Britain, Syria and Lebanon,

, when the newspaper 'Le Monde' published his first article 'A dollar for every 1,000 kilometers', a text by the who got a scholarship to study at La Fayette University, in Pennsylvania, United States, where he graduated in Political Economy.

At that time he married a French journalist who worked for the magazine 'Harper's Bazar'.

Upon returning to France, he worked as an editor at 'Paris Match', where he remained

the "l'enfant terrible" of journalism.

In 1954, while he was doing his military service as an interpreter sergeant at NATO Headquarters, he met Corporal

with whom he had a great friendship ever since that later became a literary union.

In the early sixties

were made public and, together with Collins, he began to investigate them.

They discovered that when the Allies were advancing on Paris,

Hitler ordered the city to be destroyed, burned, and razed

The result of these investigations was the book 'Is Paris burning?'

Shortly after, they were commissioned by 'Reader's Digest' to write an article on the figure of the Spanish bullfighter

His two-week transfer to the bullfighter's hometown turned into a two-and-a-half-year stay.

And the article turned out to be a book, '...Or you will wear mourning for me' (1967), which was published in Spain cut off by censorship until after Franco's death.

In their next literary work, 'Oh Jerusalem', published in 1971, they recounted

the formation of the State of Israel by the Jews

Later, impressed by the figure of Gandhi, they wrote 'Tonight, freedom' (1975), which narrates Indian independence and the separation of Pakistan.

With the idea of ​​writing a book that would establish hypotheses about real factors and behaviors, they organized a team of researchers who traveled the world for four years analyzing what would happen if a group of Palestinian terrorists

threatened to detonate a hidden H-bomb in New York

This is how the fiction 'The Fifth Horseman' arose, which was published in 1980.

After this work, Lapierre informed Collins of his decision to take a few years of

, a country that would mark his life.

The writer settled in Calcutta, where he solo wrote 'The City of Joy' (1985), of which he sold millions of copies.

Lapierre donated half of the royalties to the neighborhood

in which the novel is based, as well as half of the money received for the rights to the film, shot in 1991.

Since then, he has donated

one million dollars a year

In addition, she collaborated with more than fourteen organizations in the area that work for the development of the country.

as the central theme, he published 'Greater than love' (1990), to which he dedicated four years of work.

In 1997 he presented the book 'Thousand Suns', where he reviews his experiences in the professional field and two years later he published 'The future is ours', about Iran's fundamentalist activities to obtain weapons of mass destruction and

In those years, having abandoned daily journalism, he published various reports and worked on the scripts for a telefilm about Mother Teresa of Calcutta and, together with Collins, on the film adaptation of 'Oh, Jerusalem'.

, who is his nephew.

In March 2001 they presented 'It was midnight in Bhopal' which narrates the industrial catastrophe of a lethal gas leak, which in 1984 caused more than 16,000 deaths and affected 50,000 in the capital of the Indian state of Madhya Pradesh.

They used the profits to cover aid projects for the numerous victims.

In 2004, after twenty-three years of separation, he returned to collaborate with his old partner Larry Collins in 'Is New York Burning?', an intrigue novel about the

The Soviet Union and South Africa were the next two destinations for his fiction.

In 'Once upon a time the USSR' (2006) he narrated the trip of Westerners to the communist country in 1950, and in 'A rainbow in the night' (2008) he appropriated a phrase pronounced by

upon leaving prison to narrate the history of South Africa and apartheid.

a candidate for the Prince of Asturias Award for Literature

, he published 'India mon amour', a travelogue about his experiences in the country to which he has linked his life.

Holder of the Grand Cross of the Order of Solidarity, received from

, Lapierre has been recognized with various awards that praise his humanitarian work.

In 2000, he received the World Peace Foundation Award and, in 2008, India awarded him the country's highest award for foreigners, the

In addition to his donations and collaboration with Action pour les Enfants des Lépreux de Calcutta, he had founded a clinic in Bophal and created

the 'City of Joy' Foundation in Spain, for charitable works in India

Lapierre was the father of a daughter,

, the fruit of his first marriage.

In 1980 he married Dominique Conchon for the second time.