What do you prefer: to be right or to be happy?

"No bitterness, please. I can bear to feel sadness, anger, disgust and fear, but bitterness is the worst. It is the words of Maria that she is facing a divorce... 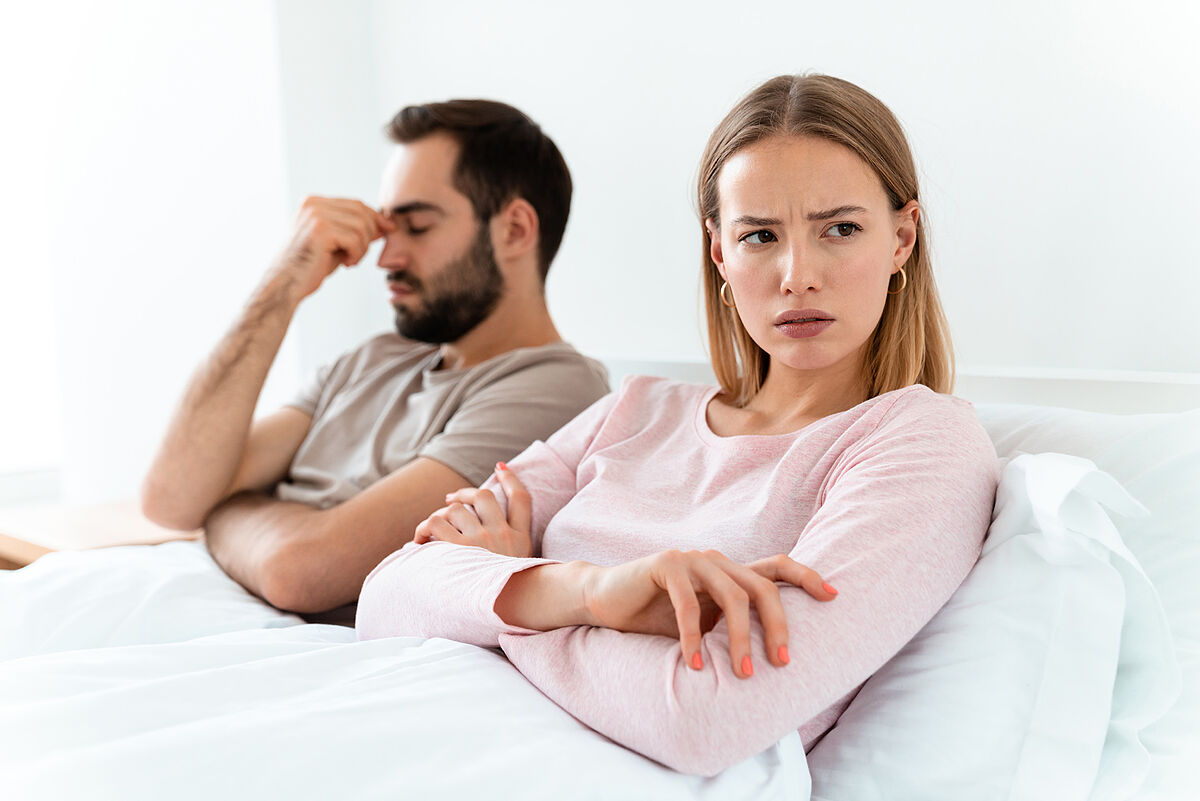 "No bitterness, please. I can bear to feel sadness, anger, disgust and fear, but

bitterness is the worst"

These are the words of María who is facing a conflictive divorce.

She is right, bitterness is a

powerful poison that contaminates all areas of life

and everyone it comes close to.

It is a toxic cocktail whose ingredients are

sadness for oneself, for what could have been and was not.

Large doses of resentment towards the other are added, for what he should have done and did not do and frustration towards life due to its injustices.

It is a real obstacle on the road to recovery, since

In the case of María, it is the decision of her teenage son to live with her father who "has bought her will with money that I do not have," she recounts.

What happened is, clearly, unfair to her who has gone out of her way for her offspring all these years.

She is always angry, with a cynical and negative attitude towards life.

She throws taunts at everyone who approaches, the joy of others annoys her, and her relationship with her son has been filled with sarcasm.

Every moment of her day has a bitter taste.

Shouting loudly "something has to be done" when an injustice happens is a legitimate statement that has helped achieve many achievements.

, the offender, be it the son, the husband, the friend, the government, the politician, the company or God himself, if necessary.

To justify his position, he has a long

It is in this list where the poison is hidden: the impulse to act that promotes anger comes face to face with the passivity of grief that says "it is not your turn to move, you are the one who has been wronged" .

This conflict is the prelude to the so-called

a term coined by Martín Seligman, known for being the father of Positive Psychology, the science that studies well-being.

living under the yoke of an unfair or painful situation

, but having thrown in the towel thinking that there is nothing you can do to change things.

These thoughts are often seen in victims of mistreatment and abuse and are a precursor to depression, addiction, and anxiety disorders, among others.

Have you ever wondered why there are people who speak to television to demand justice?

Exactly what happens now to a gentleman sitting at the table next to me in a coffee shop.

"Surely, he does it to avoid learned helplessness," I tell myself.

As he howls like a wolf against the screen, the fantasy of doing something is activated.

If when the TV is turned off the discomfort persists throughout the day, you are infected with bitterness!

Would you rather be right or happy?

This question was a classic in personal development and self-esteem courses years ago.

Pursuing at all costs to be right is a motivator, a priori, to fight against injustice, but

Not to mention the avoidance behavior of others.

However, the greatest risk is becoming a bitter person, with rigid thoughts and offensive behaviors, yes, very well justified.

The response of the most embittered course attendees used to be "what makes me happy is being right" and they would leave the classroom angrily, to later make taunts, ironize and disdain the rest of the participants whom they called 'flower power'.

Bitterness considers the need for happiness naive and superficial.

A study commissioned by EL MUNDO to Sigma Dos showed that

55.3% of young people between 18 and 29 years of age preferred to be unemployed rather than continue working in a position that made them unhappy

"Young people have grown tired of living to work," the investigation concluded.

Seeking a better life than their parents determined by productivity at all costs is an understandable desire and that young people get down to work to achieve it too.

However, bitterness may be lurking behind its target.

On the one hand, the frustration with the reality that cannot be easily changed can lead to

giving up and giving up prematurely

, to distrust one's own abilities and stain life with disappointment.

Not having the resources to persist in the face of challenges is a negative effect of overprotection in all areas.

The other aspect is the illusion of control, fueled by the technological culture where

it seems that reality is easily controllable with a 'click'

This illusion collapses in the face of the tragedies of our lives or the inability to agree even on crucial aspects for all of us.

Control leads to lack of control and, from there to hopelessness and bitterness, there is only one step.

The psychologist Paul Watzlawick, in his book 'The art of making life bitter' (1983), half jokingly half seriously states that "anyone can lead a bitter life, but

to life often caused by old patterns and habits.

As the proverb says: for some there is

nothing more difficult to bear than a series of good days

María, my patient, decided to abandon her bitterness and reconcile with her son "because -as she stated- there are things that cannot be bought with money".

And you, what do you prefer to be right or to be happy?

How to support a bitter person (without being intoxicated)

"Reality is as it is and happiness is hidden in it, which does not come from the manipulation of events or people, but from the development of inner peace, even in the face of challenges and difficulties," says Robin Norwood, a psychologist specializing in emotional dependency.

People with bitterness become very dependent on the reality they want to change, because it is in that change where their happiness is projected.

The embittered person needs help, but you have to put on an antivirus suit because their closeness can destroy self-esteem.

Here are some suggestions:

Don't take what he says literally

Do not consider their attacks as something personal

Talk about what happens to them, but with a certain detachment

See with her other points of view

Do all of the above for a limited time

Detect their passive-aggressive behaviors and point them out

· Do not react to his cynicism, it is better to leave the field of play

Take time for yourself and rest from the bitter cloud

Isabel Serrano-Rosa is a psychologist and director of the EnPositivoSí center.