[Exclusive] "Did you not see the child because of the lawsuit?" Kim Hyun-joong's remarks, in fact?

Singer and actor Kim Hyun-joong did not pay child support for his 8-year-old son born in 2015 with his ex-girlfriend until September of last year, and it is known that he did not meet his son even once before the first interview negotiations took place in January this year. it became controversial 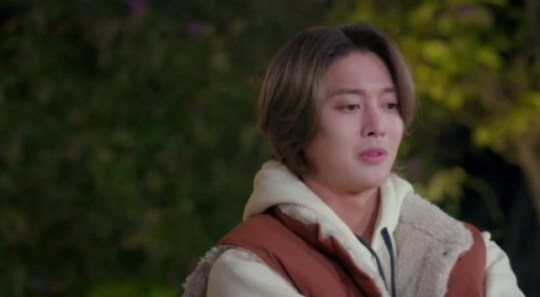 Singer and actor Kim Hyun-joong (36) did not pay child support for his 8-year-old son born in 2015 with his ex-girlfriend until September of last year, and had not met his son even once before the first interview negotiations took place in January this year. The facts became known and became controversial.

In response to this report, Kim Hyun-joong's agency Henetia said, "I wanted to raise the child myself, but the civil lawsuit and Choi's criminal lawsuit were concluded at the Supreme Court in November 2020. failed to proceed,” he explained.

Regarding this, SBS Entertainment News reporters inquired with Kim Yu-joong, a lawyer from Journey, a law firm specializing in family law.

It is an interpretation that if Kim Hyun-joong wanted to see the child, there is a procedure to see it sufficiently.

A common explanation among lawyers is that joint parental rights can meet the child by requesting an interview for the child from the custodial parent or by proceeding with the 'interview negotiation permission trial request' procedure regardless of child support.

Regarding the fact that he filed an objection to reduce the child support payment from the previously temporarily calculated 2 million won to 1.6 million won, Kim Hyun-joong expressed his regret, saying, "It was a normal procedure," but the legal community's gaze was different.

Attorney Kim said, "In many cases, child support is negotiated between the parties through mediation rather than a judgment, and if there is an agreement between the parties, child support is often calculated regardless of property or income. In this case, documents related to property and income are required. If Kim Hyun-joong filed an objection saying that the amount of child support was too much, around 2 million won, and then submitted income data of 70 million won in annual income, then he had a different opinion on child support and the income as evidence for the reduction. It is much more reasonable to interpret that the data was submitted."

According to Mr. Choi's side, Kim Hyun-joong spent 4 hours with his son on a total of 4 occasions from the first interview negotiations on January 6th until March 3rd.

Kim Hyun-joong announced his marriage to the media on February 28th, and announced the news of his son one after another.

Mr. Choi's side said, "We congratulate the father of the child on the news of his marriage. Also, we are sincerely grateful that the father of the child has been paying child support since last year. Even though we have not inquired about the child's well-being for 7 years, we are grateful that he still has affection for his son. It was my heart." He said, "After my son met his father for the second time, he came across the news of his father's marriage through media reports. I was so confused. I felt the sky collapse when I saw him say, 'Am I not my father's son anymore?' I've been through." He expressed regret.

In addition, Mr. Choi's side informed him that he had one request.

He is always concerned about the safety of his child due to Kim Hyun-joong's fans' unreasonable behavior.

Choi's side said, "Over the years, there have been many scary situations, such as not only attacking me as a mother, but fans coming to my house, checking the child's identity and taking pictures. Even sending my child to daycare was uneasy. I couldn't let him go until he was 4 years old. I asked the father of the child to refrain from the fans, but he coldly cut off contact and felt very helpless. There is no place to appeal except for the legal part. Please don't endanger the child who is growing up healthy and bright." has been saying