Olivier Polge, the Chanel perfumer who was going to be a pianist: "Perfumery is difficult to understand, it is not taught in schools nor does it have its own language"

It is quite probable that there are more people in the world who have used a Chanel perfume than dressed in a signature piece, price obliges. Those same people will no doubt know... 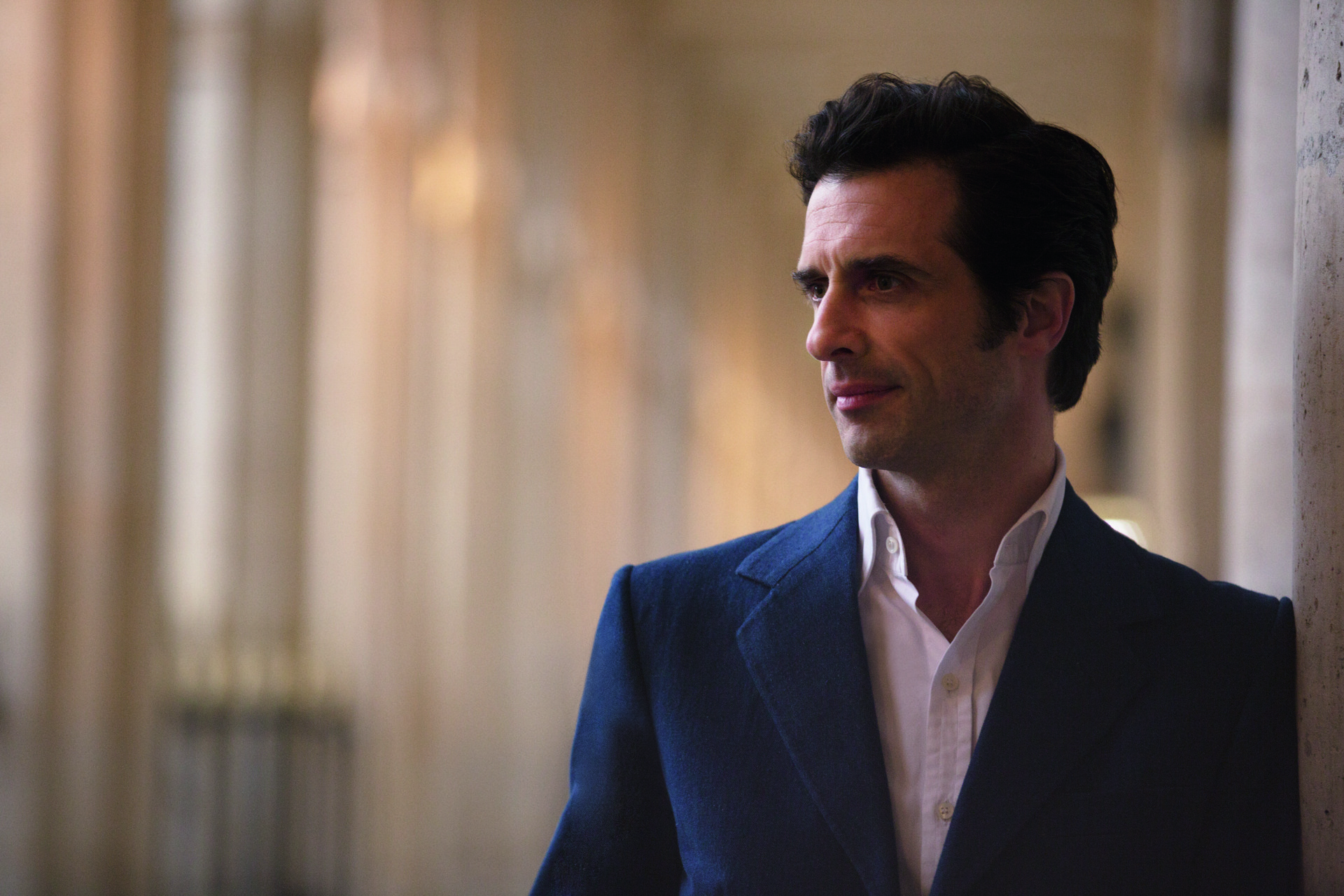 than dressed in a signature piece, price obliges.

Those same people will no doubt know who

Gabrielle -or Coco- Chanel is,

but they may not know the name of

the perfumer who created for the dressmaker the most iconic scent in history,

the same one that actress Marilyn Monroe used to sleep.

Because it is a fact that the creators of fragrances, however legendary they become, are less known to the general public than fashion designers.

and a spectacular 'show' comes out, but if you have to do one of perfumes, that's very difficult, huh?" explains

(Grasse, France, 1974), one of those greats. unknown' who, on the other hand, is the nose and creator of

Despite the great challenge it entails, the house has bundled its perfumes to its head and has organized an unprecedented show,

an exhibition in Paris, detailing the universe of 'Nº5' -which fulfilled a century of life in 2021- and all the secrets and know-how behind the signature aromas.

'Savoir faire' headed since 2015 by Olivier Polge -son of the former Chanel perfumer for 37 years,

a fan of classical piano who was not a good pianist, as he himself admits, and who left Art History to get involved in full to the same trade that made his father succeed.

Chanel perfumes, with 'Nº5' at the top, are icons of an era.

How do you manage to create history and leave your mark with a perfume? Ha!

Because it was the first perfume by a designer.

At that time (1921), fashion and perfumes were two very different universes.

Mademoiselle Chanel was the first to realize that they could be very well connected and she thought of perfume not as a fragrance, but as a fashion accessory, because it transforms and models "as if it were a dress", as she herself defended. Today? Could such a mythical aroma be repeated? Gabrielle Chanel was able to think of ingredients that no one had used until then.

Today, in a world where everything is so connected, people have less capacity for surprise.

If an icon were created today, we would realize it a long time later.

In fact, at the time

Nº5' had a lot of impact, but then it grew, thanks to commercial campaigns, such as the first, very groundbreaking, in which Chanel herself starred.

I don't think there is a recipe to make an iconic perfume. From 'Chanel Nº5' to today, how has the world of perfumery changed? It has changed completely.

The example is that we do not dress the same.

I will say, like Gabrielle Chanel, that fashion changes, but style remains. Today, what is seen as new in perfumery? In this sector, there is usually not a single trend, but many move at the same time.

Today there is a taste for everything fresh.

Even flowers that are considered ancient or traditional, such as violets or tuberose, are now interpreted with a fresh facet that gives them a contemporary touch. When did you know you wanted to be a perfumer and what did her father say when she told you about her idea? a bit late,

because my father being a perfumer, I didn't want to dedicate myself to that.

At 20 years old, in his second year of Art History, he was not happy.

I asked him to teach me the trade and he told me that it was not a good idea.

Maybe it was his way of showing surprise... A couple of weeks later he found someone to educate.

I never worked with him during my studies or my internship, only when I joined Chanel.

Olivier Polge, always in contact with the raw materials he uses for his perfumes.CHANEL

But, did he teach you anything about the profession of being a perfumer? From the basics, nothing at all, but he told me very interesting things when I joined Chanel.

Actually, perfumery is not only technical, you learn a lot from your personal life, from those around you, from your family... And there, yes, he had taught me a lot about sensitivity and curiosity, essential to create perfumes. defines it as a nose and what makes it different? Since perfumery is a very subjective world and such experimental work, I think what makes me different is my personality, even if it sounds pretentious.

Once you learn the basics and the technique, it is your curiosity and your interest that say a lot about your work. And, in general, what characterizes a good perfumer? You have to be very curious to talk about creativity.

When you are making a perfume,

you have to be attentive with all your senses. Is a perfumer more of a chemist or a poet? A poet.

Chemistry is like grammar, something you have to know, but what makes the difference, your stamp as a nose, is poetry.

Olivier Polge in the fields of Grasse with those responsible for cultivating the flowers of Chanel perfumes.CHANEL

Compare perfumery with other disciplines or arts. The one that is most similar is music.

Like a musician, we work with non-visual elements, which cannot be touched;

both the aromas and the melodies float in the air and disappear.

Not to mention terminology, we compose with notes and chords.

However, it must be borne in mind that perfumery, still today and unlike music, is difficult to understand, among other things because it is not taught in schools nor does it have its own semantics. In what way is a perfume a hallmark of style of a person? I can go as far as my creativity goes to formulate a scent, but in the end what I like is that whoever wears the perfume becomes part of its story, and the way in which each person wears it is part of creation and surprise.

It is very enriching, as a creator,

see the different ways in which your perfume is interpreted. The exhibition 'Le Grand Numéro de Chanel' revolves around the magical world of the circus.

In what way is a perfume magic? The magic of a perfume derives from the fact that you cannot exactly explain the emotion it produces in you, it plays with it much more than you can explain. And, the million dollar question, does a perfumer perfume himself? ?When I work or when I go to the offices, I never try to maintain a neutral olfactory environment.

And Paris is going to be a party

Or rather, a circus.

playing, incidentally, with the fact that some of the brand's fragrances are named after figures.

the favorite number of Gabrielle Chanel, who presented her fashion collections on

the 5th of the fifth month of the year,

and the scent that Marilyn Monroe wore instead of pajamas.

Of course, the perfume that turned one century in 2021 will occupy a place of honor in the exhibition at the

But it will not be the only one: in a journey through Chanel's olfactory savoir faire, it will be possible to discover the secrets of

And there is more, because faithful to the circus style that serves as the common thread, the interactive and magical experiences, such as discovering the favorite symbols of the

(stars, lions and yes, numbers), will follow one another day after day to start applause. and bravos to the assistants.

The exhibition is free.