If 3 months, 12 weeks and 84 days ago they had asked who was going to win MasterChef Celebrity 7, few would have bet on Lorena Castell, "the queen of the microwave, the... 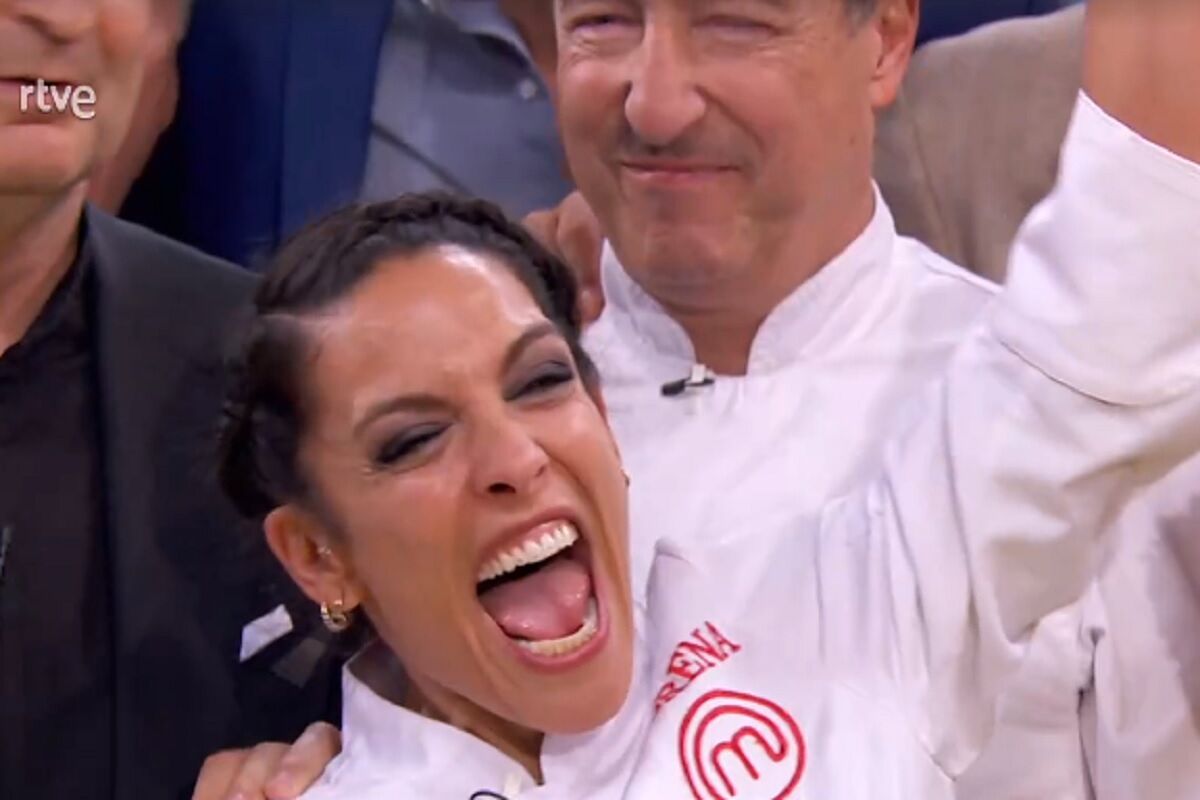 , few would have bet on

, "the queen of the microwave, cans and salads".

, has given the firecracker in the grand finale of

She already gave it in the first program of the grand final, becoming the first duelist, and last night, she did it again with a menu that, although with small flaws, especially in taste, convinced two of the greatest chefs in the world,

The presenter and vedette 2.0 did not win just for presenting a dessert,

, which was described by both chefs as "wonderful", she won for a philosophy of life.

She was not the best candidate in terms of cooking, nor was

, nor the one with the most knowledge, nor the most expert, but she was the

-he like this woman's face- to preparing a menu worthy of the best chefs in the world.

Her energy, her exhausting intensity on more than one occasion, her seriousness when it was necessary to have it and her constant impetus were the host of ingredients that led

to the final and lift the

must have been for the applicants, especially for the finalists and, of course, for the duelists.

If in the first part of the

final -broadcast this Monday- anxiety, pressure and something that today we still do not know made Patricia Conde 'boycott' with an unexpected behavior the outdoor test from which the second duelist,

, in the duel last night, again, that pressure, that fatigue and that burden were present again.

insisted last night on the effort that these three months of

have made, she once again put on the tables all the sacrifices she has had to make to prepare and train, among them, the hardest of all, not having been able to practically be with

, her moon and she her planet.

It's writing it and the teardrop still comes to my eyes.

I don't know what it was like for the rest of the applicants, especially for those who left the kitchens of

It is also true that this edition of

has probably been one of the editions in which the applicants arrived with the lowest level.

But it is also true that it is the one in which the talent has been the most even and in which the evolution of those for whom no one would have given a penny at the beginning has been seen the most.

And of course, if anyone represented this evolution and not having been a

There were always three favourites: first,

, who fell too soon;

In fact, the bets were always in favor of the presenter and actress.

But she gave it up and the applicants with "the best philosophy of life", the word of

and the applicants who never, at any time, even remotely threw in the towel on

There is no quorum with this winner among the followers of the program and it is that despite the evolution,

was not one of the best cooks.

Because they did not become a duelist just because they made better dishes or cooked better than their peers, who also reached the final because, as the judges pointed out, of all the editions of

that have been experienced so far, the attitude and the

's way of being

has been the most exceptional.

after presenting his menu, dedicated to his Galicia, his grandmother, his mother and his brother.

has endured every blow, every taunt, every joke, always embracing it with a sense of humor and respect. and amazing education.

He has been a good companion, he has been one of the souls of

, he has given a show, entertainment, game.

have rarely been seen on

That it has been sometimes too intense, of course;

that she wasn't the best cook, too;

that she sometimes pulled the string too tight, of course.

But there was always a difference,

always returned to that philosophy of life that

described last night , she always corrected when she had to correct and, of course, from how she started to how she has ended is the best reflection that she should have left the horns the three months that the recordings of

Manu Baqueiro, overwhelmed by pressure in the final duel

Manu Baqueiro's, a menu dedicated to his Galician roots and his family with whom he had moments during cooking that led him down the street of bitterness.

was in sixth gear,

, who in most of the tests was pure nerve, was more relaxed than normal.

It seemed that he had learned from the betrayals of letting himself be carried away by those nerves, but there was a moment in which the pressure and exhaustion got the best of him.

It was when cooking the langoustines for the starter.

They were overcooked and from then on he experienced very hard times during the kitchen.

His sister suffered in silence, but he suffered like no one else.

The langoustines went away and from there

He no longer knew what amounts he had to add to the preparations, he found himself completely blocked to the point of having to stop cooking, look towards the balcony where his brother was, breathe, wipe the sweat from his forehead. and start again.

The philosophy of which

He corrected those mistakes that brought him to the brink of the abyss, but there was a point at which he himself was aware that he was not going to win.

presented her dessert to the judges and guest chefs and she realized that it was impossible to beat that dessert.

Because until that moment they were both in a

had been liked, the first course had made the mistake of overcooking the grouper and the dessert was what kept him from the

It was not bad, far from it, but as the Italian chef, one of the toughest chefs, not to say the toughest, who has gone through a

final, said , the presentation did not invite to eat it, although then the flavors were amazing.

's menu , but it was the menu of overflowing emotion.

Every set that she presented and described was accompanied by a sea of ​​tears.

a menu dedicated entirely to her family

, but especially to her brother with whom she has a more than amazing connection.

Each dish was one of the journeys she had taken with him, mixed with love for her parents, her friends and, of course, her son.

In the first, a

with prawns from Palamós, with which he wanted to represent the trip to Thailand he made with his brother and at the same time

pay homage to the childhood "full of affection"

that his parents had given him, how happy he had been been and the "unconditional love" they have always given him.

Ugh, how not to cry!

This entree was tasty, but it lacked salt.

It wasn't perfect, it wasn't necessary.

The second came, a 'modern' version of the traditional

in honor of the trip to India with his brother.

A dish dedicated to his friends that brought tears to

The set was also delicious, but in this case that flavor that he would have reminded of beans with clams was not there and had been replaced by a complicated technique that was highly applauded by the judges.

And the last one came, the dessert that made her the winner of

A dome that simulated the moon, the

, because "in the end the Moon is an eclipse that revolves around a planet and I have

who is my Moon and I am his favorite planet", started

Take out the clinexes, really.

"In the end, Rio is the best I have. I am his favorite planet, but he is my Moon that gives me light every day. He is the person I have missed the most during these three months. It has been very hard for me , but

I love him so much

and I have such a good time with him... I'm going to try to do what my parents did with me, give him love, give him understanding".

had to pull his napkin to dry his tears!

It is that although the dessert had been bad, only the affection and love that he put into it when making it already deserved that trophy.

It is true that he is supposed to be a cooking talent, but, look, if this time the combination to choose

as the winner was an accumulation of evolution, effort, work and much, much love, more than deserved to be the winner of

And now I'm going to get a napkin.