Han Seung-yeon "I walked out with a bluff"... KARA complete stage behind the scenes

Han Seung-yeon, a member of Kara, who returned as a full group after 7 years, confessed that she had a hard time with stress right before her comeback. At an awards ceremony held in Osaka, Japan yesterday, Kara performed the first stage of the title song 'WHEN I MOVE' from the special album 'MOVE AGAIN' released to mark the 15th anniversary of their debut. 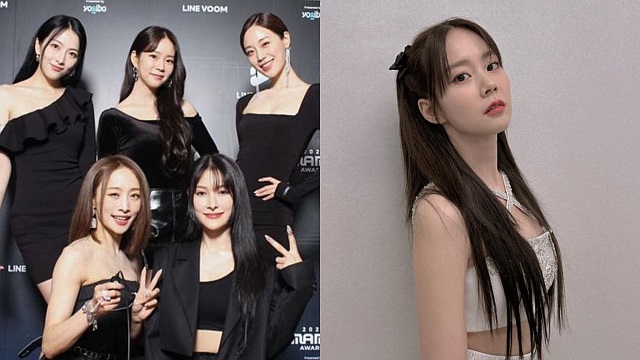 Han Seung-yeon, a member of KARA, who returned as a full group after 7 years, confessed that she had a hard time with stress right before her comeback.

On the stage of an awards ceremony held in Osaka, Japan yesterday (29th), Kara performed the first stage of the title song 'WHEN I MOVE' of the special album 'MOVE AGAIN' released in celebration of the 15th anniversary of their debut. It is.

Han Seung-yeon, who took the stage with 'Kara' after about 7 years, confessed in a live broadcast after the performance, "Actually, I was really stressed right before my comeback."

Han Seung-yeon said, "I was a little bit moved while watching our past video that was released right before going up on stage, but I thought, 'No, you have to wake up. If it's not today, you won't be able to come back to this stage again. "he said.

Next, Han Seung-yeon said, "And as the stage opened, I peeked at the audience. As soon as I saw that scene, I said, 'Yes! I was originally here. I am a person who has done these things' and walked out with a bluff." I did.

Member Kang Ji-young said, "It's been a long time, but it didn't feel like it's been a while." "It was the first time I ate all of Cheongsim-Hwan. I didn't take it when I stood on a big stage in the past, but today I took a tranquilizer," he said, expressing his feelings on the comeback stage.

Finally, leader Park Gyu-ri said, "Everyone is so happy from the time we prepare for this activity, the moment we perform on stage, and the moment we meet our fans. I want to continue."

Fans who heard the members' impressions responded by saying, "Kara is so cool", "The stage was still good, and the live performance was the best", "The hiatus was actually 7 months, not 7 years", "I was so overwhelmed that I cried too". it seemed

Kara's 15th anniversary special album, which contains a total of 4 songs including the title song 'WHEN I MOVE', contains the meaning of wanting to show off the stage again to the fans who have been waiting for Kara, I am grateful to the fans who sent me.