[NHK] Amidst a series of cyber-attacks targeting companies and government agencies, a meeting was held with executives responsible for investigations at police nationwide, Yasuhiro Tsuyuki of the National Police Agency... 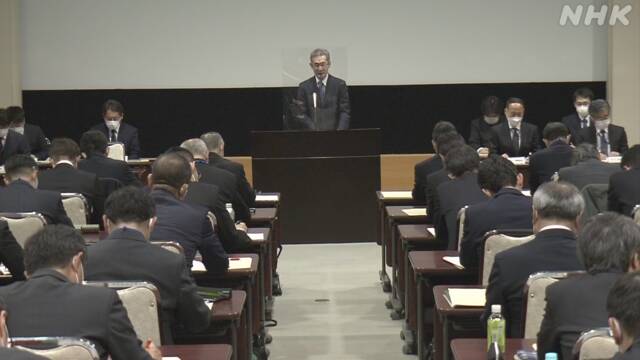 Amidst a spate of cyberattacks targeting companies and government agencies, a conference was held with the participation of executives in charge of investigations at police across the country. I instructed them to prepare a countermeasure.

About 130 people attended the conference, including executives responsible for investigating cyberattacks and Internet crimes at police departments nationwide.

In this, NPA Commissioner Tsuyuki touched on next year's G7 Hiroshima Summit and related ministerial meetings, saying, "We need to take all possible measures on the premise that we will be targeted by cyberattacks. We will develop a system and reduce security risks. I would like you to promote initiatives aimed at

In Japan, there have been a series of cyber attacks targeting companies, hospitals, government agencies, etc., and the National Police Agency launched a "cyber special investigation team" to investigate as a national agency in April this year.

At the first meeting since the launch on the 30th, Commissioner Tsuyuki said, "Even for cases where arrests are difficult, such as when suspects are overseas, investigations will be conducted through the collection and analysis of information by the Cyber ​​Special Investigation Unit and the exchange of information with foreign investigative agencies. is progressing," he said, instructing the police in each region to cooperate with the National Police Agency to conduct a thorough investigation.

In addition, at the meeting, participants shared examples of specific investigation methods and initiatives introduced by the police in various places.