"The chaotic world 00 fills up"... The reason why Kevin Oh sings 'Love'

Singer Kevin Oh, who recently married actor Gong Hyo-jin, explained why he sang 'love' in his first full-length album released on the 15th. Today, Marie Claire magazine released a pictorial and interview with Kevin Oh through her official website. 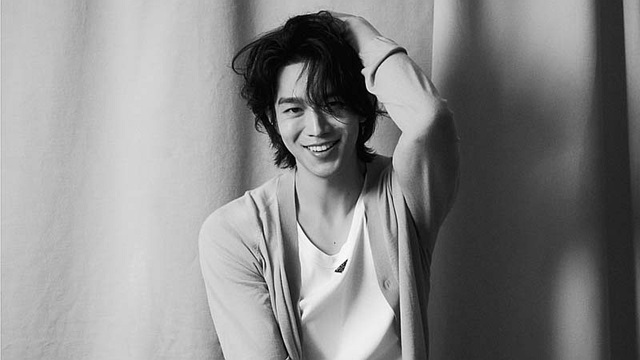 Singer Kevin Oh, who recently married actor Gong Hyo-jin, explained why he sang 'love' in his first full-length album released on the 15th.

Today (30th), magazine Marie Claire has released a pictorial and interview with Kevin Oh through her official website.

On this day, Kevin Oh responded to the fact that there are many songs about love, "The world is very confusing these days. Sad things happen often, there is a lot of noise, and there is a lot of information that spreads quickly online."

Kevin Oh said, “As a person who lives in it, I am very confused these days,” and said, “There are many times when I come to the thought that there is no correct answer to all these problems, but love fills the right answer.” He said why he needs love.

He added, "Although love does not provide a specific solution, it can be a way to understand each other and create a more beautiful world."

Regarding the song 'Dawn When You and I Are Sleeping', which became a hot topic, written by his wife Gong Hyo-jin and composed by Kevin Oh, he said, "One morning, he gave me a letter he wrote himself. I will put my heart into it. That's why it must have taken courage to show me the letter, "he explained the reason for making the letter into music.

When asked about the reaction of Gong Hyo-jin, who debuted as a lyricist, Kevin Oh said, "I was very happy. He is very honest, but he said that he liked it, so I was happy. Every time I listen to this song, (Gong Hyo-jin) says, 'I write lyrics really well,' but I think I write really well. I can say it with confidence,” and laughed, saying that Gong Hyo-jin might need a pen name.

Finally, Kevin Oh said, "I am aware of a lot of changes this year (with marriage and full album) and have good energy. I look forward to what I will do in the next chapter. I want to work freely and define the music I want to do." told

Kevin Oh, who made his face known as the winner of the audition program 'Superstar K7', has been active in various fields such as drama OSTs and English radio DJs since his official debut in 2017, and has been steadily introducing his music world.