World 2022: Senegal between joy of being in eighth and tribute to Papa Bouba Diop

Evening of joy for the Senegalese, this November 29, 2022 in Qatar: they won a place in the round of 16 of the World Cup, twenty years after the exploits of the 2002 generation. A… 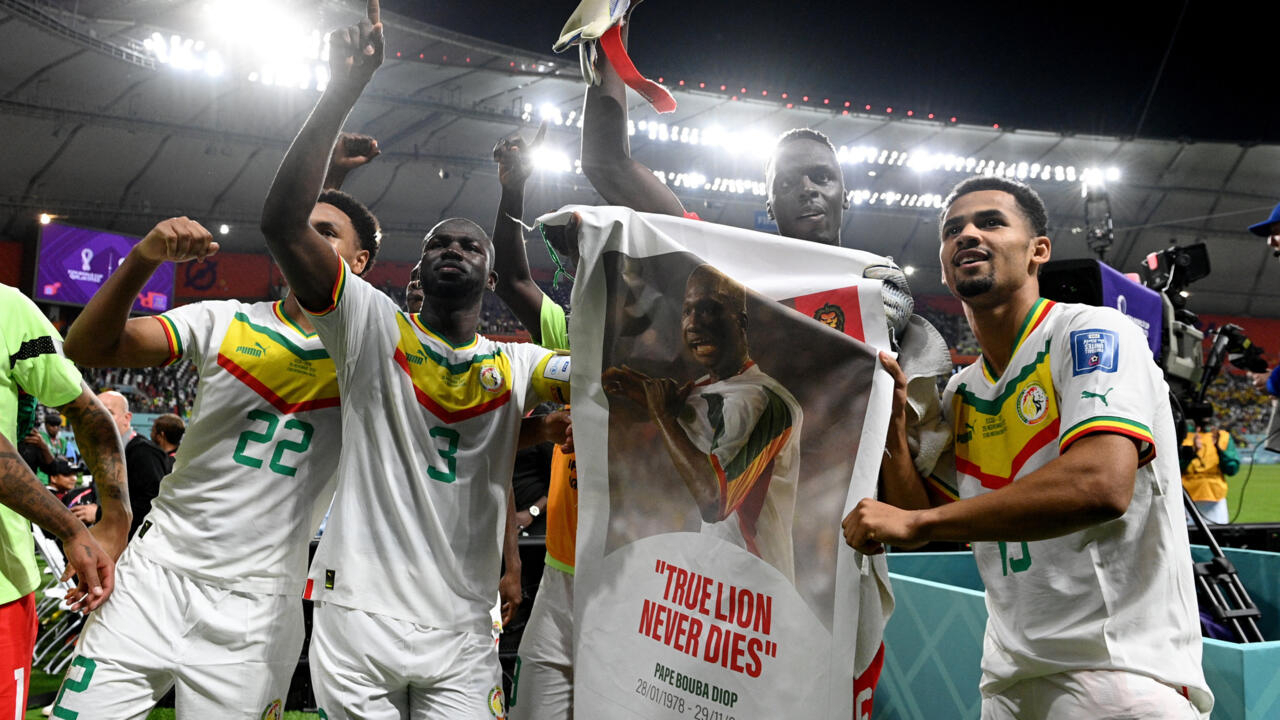 World 2022: Senegal between joy of being in eighth and tribute to Papa Bouba Diop

Senegal players holding a poster in tribute to Papa Bouba Diop, after their qualification for the round of 16 of the 2022 World Cup. REUTERS - JENNIFER LORENZINI

Evening of joy for the Senegalese, this November 29, 2022 in Qatar: they won a place in the round of 16 of the World Cup, twenty years after the exploits of the 2002 generation. A moment of joy but also of tribute to ex-Lions midfielder Papa Bouba Diop, who died two years ago to the day.

It's a feeling of pride!

It's the same thing we feel here today in Qatar!

One of them, cowardly, looking serious: “

Senegal has really shown some muscle.

We want to go very, very far in this competition.

We didn't just come to show off.

You should know that Senegal represents Africa.

As African champions, we have to do well during this World Cup!

We are so happy!

A team from Senegal that manages to qualify without Sadio Mané, it's incredible!

The players have really assured.

The players, they left the enclosure in dispersed order but with a light heart.

We had our destiny in our hands.

It was either a victory or we were going home

, recalls striker Boulaye Dia, who does not however find this success against Ecuador as important as that against Egypt in the final of the last European Cup. 'Africa.

There, it's a relief because we didn't want to be eliminated in the group stage

The center forward is moved by the idea of ​​imitating his youthful heroes, the Lions who reached the quarter-finals of the 2002 World Cup. "

We talked about it before the competition, about the 2002 generation and what they have achieved.

But it's our turn to write our own story!

Kalidou Koulibaly, captain and decisive scorer for Senegal, however, took advantage of this exceptional evening to pay tribute to one of the players of the epic in Japan and South Korea.

It was a special day for us, the Senegalese

We have our first World Cup scorer, Papa Bouba Diop, who died on November 29.

So we wanted to do something big for him too.

Because he marked our childhood and all of Senegalese football.

And when he disappeared, it was a great loss for us

The players will still have the opportunity to salute the memory of the former midfielder, on December 4 against England.