In the West Bank, three Palestinians were killed overnight after clashes with Israeli forces, the Palestinian Ministry of Health announced on Tuesday.&nbsp; 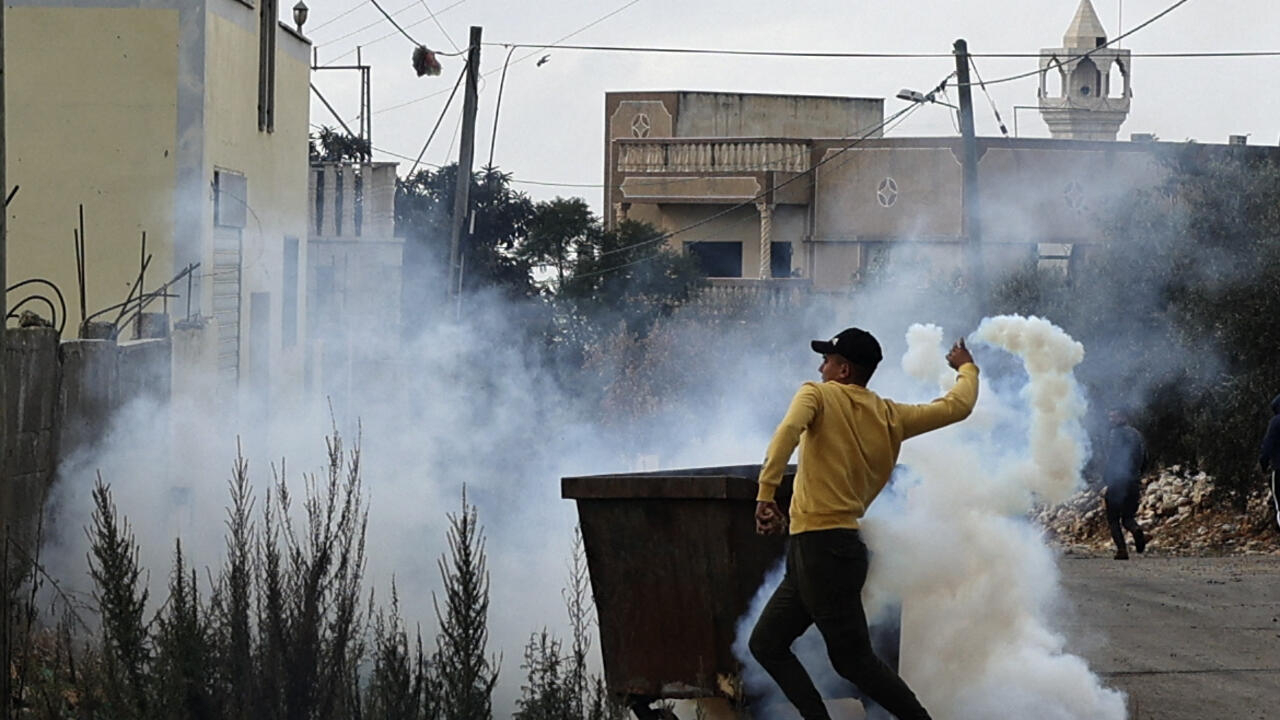 Three Palestinians were killed in nightly clashes with Israeli forces in the West Bank, the scene of an upsurge in violence in recent months, the Palestinian Ministry of Health announced on Tuesday (November 29th).

The Israeli army claimed to have responded to the assault by "rioters" in two separate incidents.

The first occurred in Beith Ommar, near Hebron, a city in the southern West Bank where tensions remain high between Israeli settlers and the local Palestinian population, the second in Kafr Ein, near Ramallah, the seat of the Authority Palestinians in the occupied West Bank.

In Beit Ommar, according to the Palestinian Ministry of Health, a Palestinian died after being shot in the head by the Israeli army.

The latter said in a press release that she had opened fire, without causing any casualties, on "rioters" who had thrown stones and explosive devices at the soldiers after two army vehicles, on patrol near of Beit Ommar, were blocked by a technical problem.

Then, in Kafr Ein, Jawad and Dhafer Abdul Rahman Rimawi, two brothers aged 22 and 21 respectively, were killed by Israeli army fire, according to the Palestinian ministry.

For its part, the Israeli army spoke of a "violent riot" which occurred "during routine activities" of the Israeli Defense Forces, near Kafr Ein.

"Suspects threw stones and Molotov cocktails at the soldiers, who responded with riot dispersal means and live fire," she said.

"We are aware of reports of two Palestinians killed. The incident is under review," she added.

After these clashes, the armed Islamist movement Hamas, in power in the Gaza Strip and which has support in the West Bank in particular, indicated in a press release that the Israeli “escalation” would meet “increasing resistance” from the Palestinians .

Violence has intensified in recent months in the West Bank, Palestinian territory occupied by Israel since 1967.

The Israeli army has increased raids through this territory, in the wake of deadly anti-Israeli attacks.

These operations and the clashes that are sometimes associated with them have killed more than 125 Palestinians, the heaviest toll in seven years, according to the UN.

"The conflict is once again reaching a boiling point," said UN mediator for the Middle East, Tor Wennesland, on Monday on the eve of the international day of "solidarity" with the Palestinians.

These events come as negotiations continue to form a new government in Israel, between the Israeli Prime Minister-designate, Benjamin Netanyahu, head of the right-wing Likud party, and his ultra-Orthodox and far-right allies who have arrived in the majority. in the legislative elections of November 1 (64 seats out of 120), ahead of the camp of centrist Yaïr Lapid.

Part of these discussions, Itamar Ben Gvir, figurehead of the far right who won a record number of seats in Parliament (14), pleads for the Israeli forces to be able to use more force against "terrorism" .

Last Friday, Likud and Itamar Ben Gvir's "Jewish Force" party signed a coalition agreement under which the latter will serve as national security minister in the next government.

But this agreement remains conditional and talks continued on Tuesday between the Likud and other parties, religious or far-right, to form a government.

"Ben Gvir is going to clean up here. It's over, you've lost […] the party is over", declared one of the two soldiers, filmed by an activist and whose remarks scandalized a large part of the Israeli press. .