This is what a fever does in your body

Coronavirus, influenza A virus, influenza B... or the respiratory syncytial virus itself (RSV for friends) which, to understand each other, is responsible for most of the... 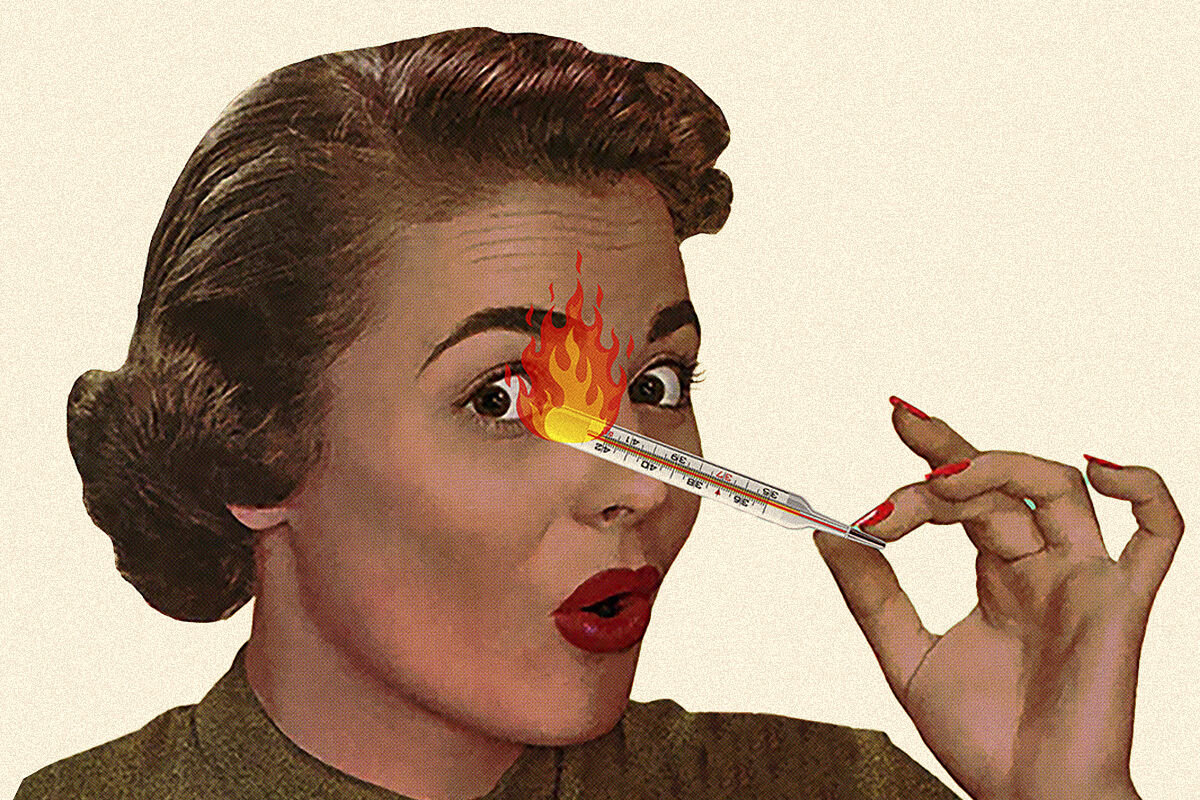 Coronavirus, influenza virus A, influenza B... or the very same respiratory syncytial virus (RSV for friends) which, to understand each other, is responsible for most of the

that these days have in check the consultations and pediatric emergency services in Spain.

What do all these respiratory viruses that are currently roaming around us have in common?

Among other things, which to a greater or lesser extent can cause

But do we know what a fever really is and how to treat it?

As a general rule, a fever is considered when the temperature reaches

Yes, "down there" things are usually hotter so it takes half a degree more to consider it a fever.

What about people who always have a slightly lower temperature?

Isn't it considered fever before?

That is one of the great myths of fever.

By definition we cannot speak of fever if the axillary 37.5°C or the rectal 38°C are not reached.

Yes, it is true that normal body temperature can vary somewhat from one person to another.

In fact, it also changes throughout the day and if we measure the temperature for 24 hours we will see that there is a minimum value early in the morning up to a maximum value at the end of the afternoon.

the maximum variation is about 0.6°C

and for it to be considered a fever, the mentioned temperatures must be reached.

Why does the fever appear?

As it happens in a pyrotechnic show, that is, in fireworks, first you need gunpowder and then someone lights the fuse.

In this case, the ones that light the fuse are the so-called pyrogens, which, in general, are microbes (viruses or bacteria) or the compounds that these microbes produce.

Fever is nothing more than a normal reaction of the body that generally appears when there is an infection by viruses or bacteria.

Fever is our friend because it is the response to fight infection and activate the body's defenses.

What consequences can fever have?

Fever by itself does not cause brain damage, blindness, deafness, or death.

Although many patients fear that the fever itself will harm them, modest transient elevations in core temperature (ie, 38°C to 40°C), when due to acute infections, are usually well tolerated.

That is, even if there is a high fever,

it is not the fever that causes the damage

, but the disease for which the fever is generated.

Of course, the fever itself can cause some symptoms such as chills, sweating, discomfort, hot flashes or heat.

Above 40°C things start to get ugly because extreme elevations (generally above 41°C) can cause damage.

That is, because it is very hot outside, the fever rises and the famous "heat stroke" appears.

But sometimes the fever also rises above 40°C if we take some illegal drugs (eg cocaine), or some medicines like anesthetics or antipsychotic medicines.

What happens in our body when the fever rises so high?

At this temperature we have a little problem because, indeed, we begin to burn.

In scientific language it is expressed in a very fine way: protein denaturation.

It means that the proteins that make up our cells are damaged by heat.

And we will understand this well if we think about what happens when we heat raw meat.

We see that it changes color, texture... and this is what begins to happen in our body above 41°C.

Cells, organs may not work well, or clotting may increase.

And what is better?

Ibuprofen and paracetamol are equally effective in treating pain and reducing fever.

We already know that the difference is that ibuprofen is anti-inflammatory and paracetamol is not... but, in principle, to reduce fever, both would be equally useful.

What is important is not to alternate them, unless there are high fevers and the doctor so indicates.

If the person has an ulcer or hypertension, they should consult their healthcare professional as ibuprofen may be contraindicated.

When in doubt... when do we have to go to the doctor, especially with children?

From the Spanish Association of Pediatrics (AEP) they tell us that signs of worsening should be monitored and consult urgently if the child has:

-Dark red or purple spots on the skin that do not disappear when the surrounding skin is stretched.

-Decay, irritability or excessive crying difficult to calm down.

-Convulsion or loss of consciousness.

-Difficulty breathing (marks the ribs and sinks the sternum, they are heard as whistling when breathing, very fast, agitated breathing, etc.).

-If you do not urinate or the urine is scanty.

-And always, always, it is necessary to consult urgently if a child under three months of age has a fever.

Life/Entertain 2023-01-13T19:53:12.116Z
How do I explain it to my child?: How fever helps to get well
Life/Entertain 2022-12-26T03:15:40.305Z
How to use medicine scientifically after infection? What should I pay attention to after recovery? ——Authoritative experts answer hot questions about epidemic prevention
News/Politics 2022-12-21T03:13:58.897Z
Health China｜If a child is infected, how should parents treat it at home?
ADS
Life/Entertain 2023-01-22T20:35:04.205Z
Don’t forget to prevent infection during the Spring Festival: Four types of people pay attention to going out to pay New Year’s greetings
News/Politics 2022-12-17T06:11:53.262Z
Interpretation of the problem of protecting "one old and one young"
News/Politics 2022-12-31T14:06:05.283Z
Healthy China丨Refuting rumors! Does infection with the new coronavirus affect the health of the reproductive system? Can pregnant women transmit the virus to the fetus after infection? Not enough evidence!
Life/Entertain 2022-12-23T11:20:37.652Z
How do pregnant women take medication correctly after being infected with the new coronavirus? Hear what the experts advise
Life/Entertain 2022-12-20T04:56:26.138Z
How should hospitals withstand the impact of the epidemic as the number of visits to fever clinics rises?
News/Politics 2023-01-04T15:43:36.486Z
Does exercise lose weight?