Awards ceremonies are always a wonderful excuse to bring out the most flowery from the closet, the most maximalist and, what the hell, fantasy. We are used to seeing it in... 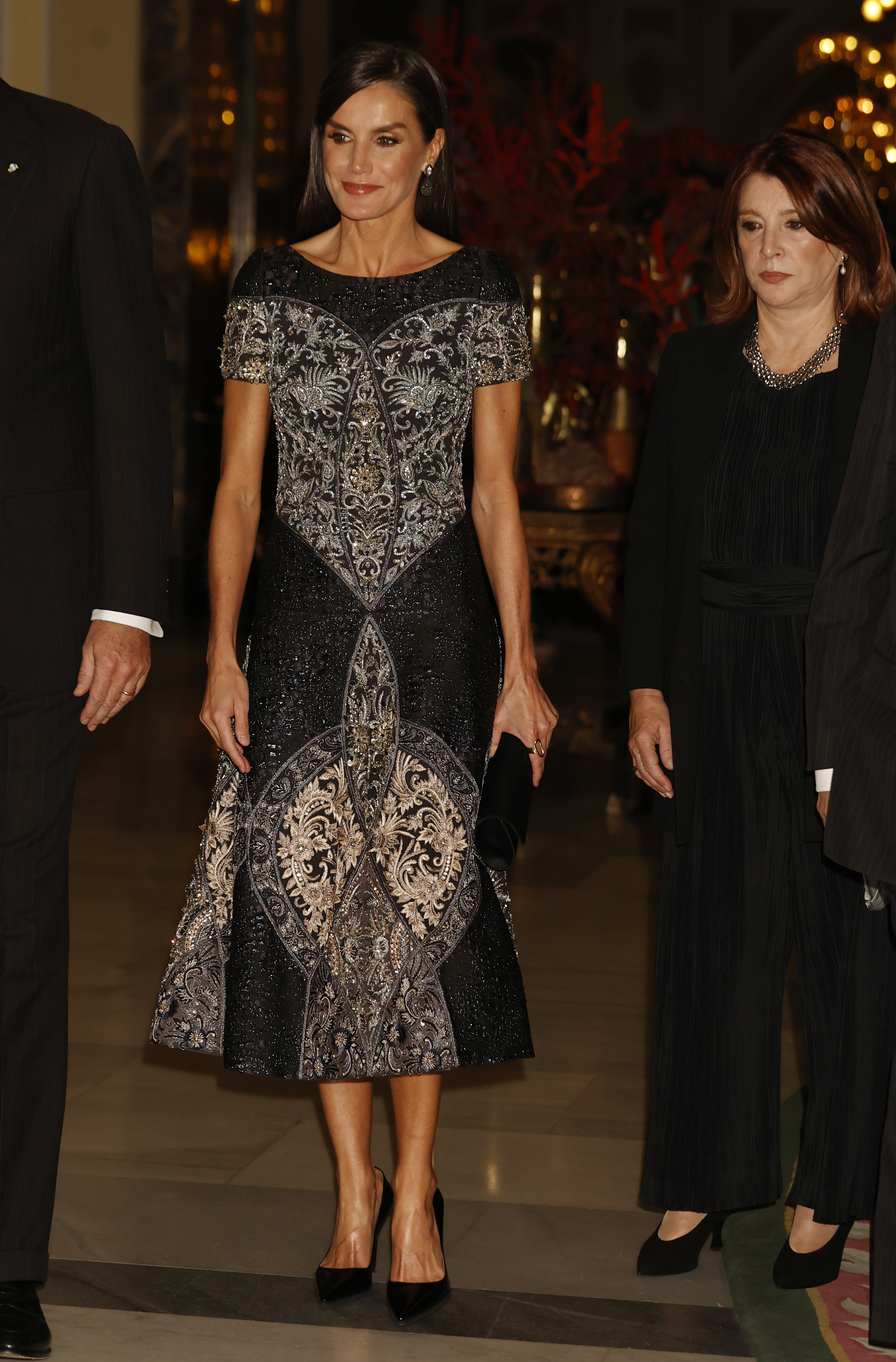 Awards ceremonies are always a wonderful excuse to bring out the most flowery from the closet, the most maximalist and, what the hell, fantasy.

We are used to seeing it on international red carpets, but on home soil,

has the perfect agenda for it and some

dresses that, whether they like it more or less

, fit perfectly with that dose of spectacle that the public craves so much. .

And tonight was no exception: a

that she has already worn on other occasions.

To repeat is to live.

For the Francisco Cerecedo Journalism Awards ceremony, Queen Letizia has once again turned to one of her leading designers: they have been in a relationship for many years and between the two they have created memorable looks.

This, in fact, will be in your memory if you follow Doña Letizia's outfits, because it is not the first time that she has worn it.

The most notable occasion?

is characterized not only by neutral color blocking, but also by

Specifically, the dress has jet embroideries, silver threads and gemstones, which intertwine to create geometric shapes with almost no rosettes.

A level of detail and meticulousness that highlights Valera's know-how, of course, but also the queen's love for

, for the quality of the sewing and for garments that tell a story beyond the fact that they are visually appealing.

And this dress, of course, does it all.

If in 2018 she resorted to black peep-toe type shoes, this time she has kept the color but changed the silhouette of the shoe, opting for

that do not steal the prominence from the dress.

However, her visual load did not prevent her from wearing striking earrings in the past, just like now: she has opted for

, a detail that makes them go slightly more unnoticed without being lost. in the set.

In addition, to complete the outfit, she has selected an

clutch, a traditional clutch that follows the line and the objective of the shoes: not to compete with Valera's garment.

The accessories that complement Felipe Valera's jewel dress make it clear: everything has to remain in the background for the dress to be the true protagonist.

And that, of course, also affects makeup and hairstyle, which the queen has wanted to keep

within the soft and (relatively) natural.

Doña Letizia has chosen a makeup that highlights the eyes using

earth tones and highlighting the eyelash

, in a deep black and really voluminous.

a lipstick with a glossy finish,

with a slight touch of gloss.

As for the hair, the queen has decided to keep it

, parted on the side and placed casually, so as not to add more drama to the styling.