November thirtieth.. a day of giving and fulfillment

The martyr has an exceptional position throughout history and among all civilizations, nations and peoples on the face of the earth, and in the Emirates, where loyalty is high and the values ​​of giving are magnified, and goodness grows in every inch of the land of a benevolent homeland. and s 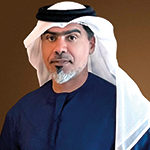 November thirtieth.. a day of giving and fulfillment

The martyr has an exceptional position throughout history and among all civilizations, nations and peoples on the face of the earth, and in the Emirates, where loyalty is high and the values ​​of giving are magnified, and goodness grows in every inch of the land of a benevolent homeland. And his value, and puts his children in the eyeball of his eyes, and the forefront of his interests.

The thirtieth of November of every year is not a memory that we live on this day, but rather we live by it every day. Martyr’s Day is not like every day, or any day, but rather a day to celebrate those who returned the favor to the Emirates, and defended its flag, values ​​and principles, and gave us the most wonderful examples. They illuminated the paths for us, and rose to the ladder of glory with the great sacrifices they made and the profound lessons that will remain forever in the pages of our national history.

There is no country that is as proud of its martyrs as the UAE, its leadership and people, and there is no country that knows the value of loyalty and sacrifice as the UAE knows, which were such values ​​and others as the basis for its structure, which was founded on noble human and civilized values. The founding leaders knew that it is the pillar of construction and a pillar of the soft power of the state Young boys at that time.

And as His Highness Sheikh Mohammed bin Zayed Al Nahyan, President of the State - may God protect him - said, the greatest tribute to the martyr “is the accomplishment of the mission for which they were martyred. The path of glory, progress and prosperity.”

The martyrs of the Emirates are our role models. We will continue to teach their stories to our children and our generations. Nations are built and rise to glory with such heroes and with such heroics and sacrifices. The history of a great nation is not devoid of stories of brave heroes who were the beacons of light in the journey of ascending these nations to the top of the ladder of civilization and human advancement.

And if the founding leader, the late Sheikh Zayed bin Sultan Al Nahyan, may God rest his soul, instilled in all of his people the values ​​of loyalty, belonging and love for this land, then His Highness Sheikh Mohammed bin Zayed Al Nahyan, President of the State - may God protect him - has instilled in us the value of Preserving these values ​​and principles when His Highness became a model for them and a role model in adhering to them, until the Emirates and noble human values ​​became two sides of the same coin.

The thirtieth day of November involves deep meanings and connotations. We are not talking about memories, but rather about heroism that lives in our consciences. We go through it and go through it, and in all cases it remains an eternal symbol of the strength of our national cohesion, our human fusion, and our ability to uphold the love of the homeland and sacrifice for it above every priority no matter what. It was the degree of its urgency and importance.

The epics of heroism formulated by the UAE martyrs and their fragrant, intelligent blood are icons that unite our hearts and feelings, old and young, men and women, leadership and people, until Martyr’s Day is transformed into a day of giving and loyalty that reflects the strength of our unity and the unity of our strength, and embodies the spirit of the Emirates that prevails in our conscience, even in our streets. And our cities and our homes all.