For the first time, Iran reports 300 deaths since protests began

Tehran for the first time, on Tuesday, took stock of the victims of the demonstrations which have shaken the country since the death of Mahsa Amini on September 16. It is similar to the one broadcast by… 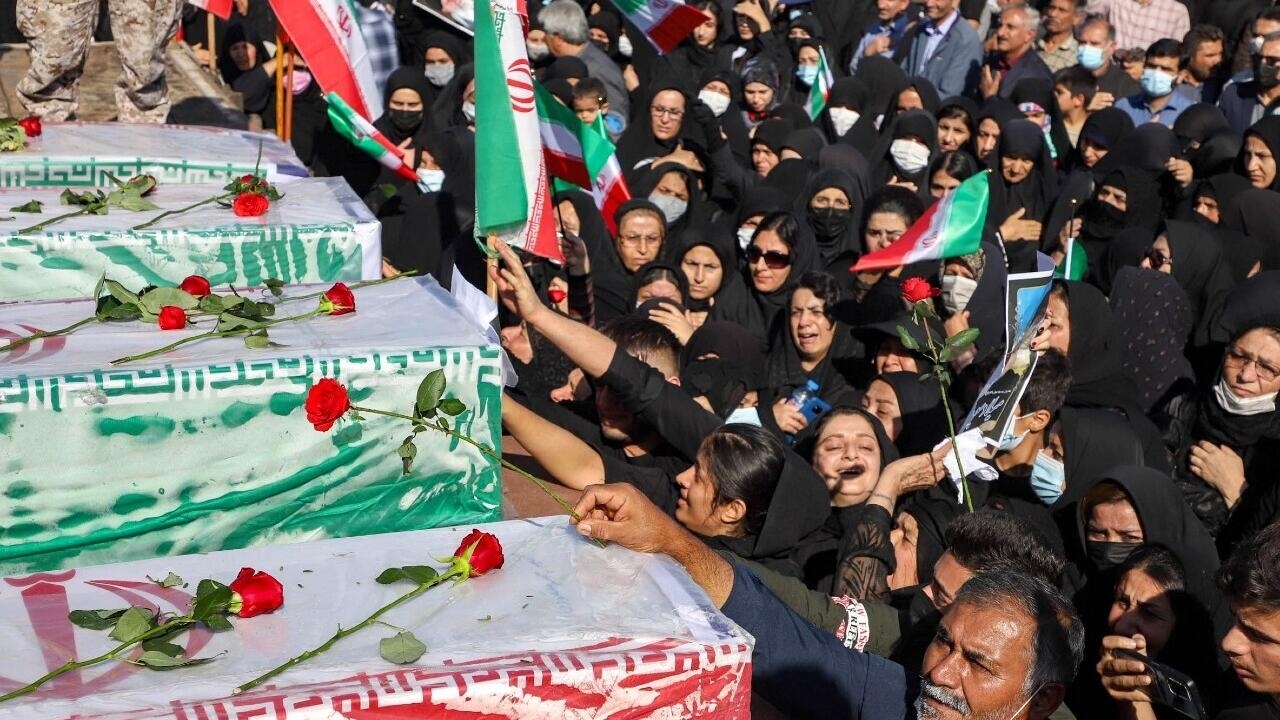 Iranian authorities reported for the first time on Tuesday (November 29th) the death of more than 300 people in the unrest that followed the death of Mahsa Amini, a 22-year-old Iranian Kurd, after her arrest by the morality police in mid-September.

"Everyone in the country has been affected by the death of this lady. I don't have the latest statistics, but I think we had maybe over 300 martyrs and people killed among the best children in this country following this incident", General Amirali Hajizadeh, commander of the aerospace force of the Revolutionary Guards, the ideological army of Iran, said, referring to the security forces and the demonstrators, in a video uploaded by the Mehr news agency.

In this report are dozens of members of the security forces killed in clashes with demonstrators or assassinated, according to the Iranian authorities.

This report is similar to that released by the NGO Iran Human Rights (IHR), based in Norway, which reports at least 416 people died "in the repression of demonstrations in Iran".

According to this organization, this figure includes those killed in the demonstrations linked to the death of Mahsa Amini and those who lost their lives in violence in Sistan-Balochistan, a province in the south-east of Iran.

Thousands of Iranians and around 40 foreigners have also been arrested and more than 2,000 people have been charged, according to judicial authorities.

Among the defendants, six were sentenced to death at first instance and their fate now depends on the Supreme Court which must rule on their appeal.

Since the Islamic Revolution of 1979, the law requires all women to wear a veil covering the head and neck while concealing the hair, and the morality police patrol public places to verify the correct application of these rules.

Iran: "the morality police are back on the streets of Tehran" © France 24

However, over the past two decades, more and more women in Tehran and other major cities are letting strands of hair, or even more, protrude from their veils.

In this context, the death of Mahsa Amini sent shock waves through the population.

Its effects are felt including in sport when "Team Melli", the national team of Iran, is to face the United States on Tuesday evening in Doha.

This match, between two countries which have no longer had diplomatic relations since 1980, promises to be a highlight of the 2022 World Cup in Qatar, with qualification for the round of 16 at stake, but also a highly political duel.

On Tuesday, justice announced the release of more than 1,100 detainees, after the victory Friday of the Iranian selection against Wales.

"Following the order of the head of the judiciary after the victory of the national team, 1,156 prisoners have been released from prisons in 20 provinces of the country", announced the agency of the Judiciary, Mizan Online, specifying that this figure includes detainees from the protest movement.

On Monday, this agency had reported 709 releases.