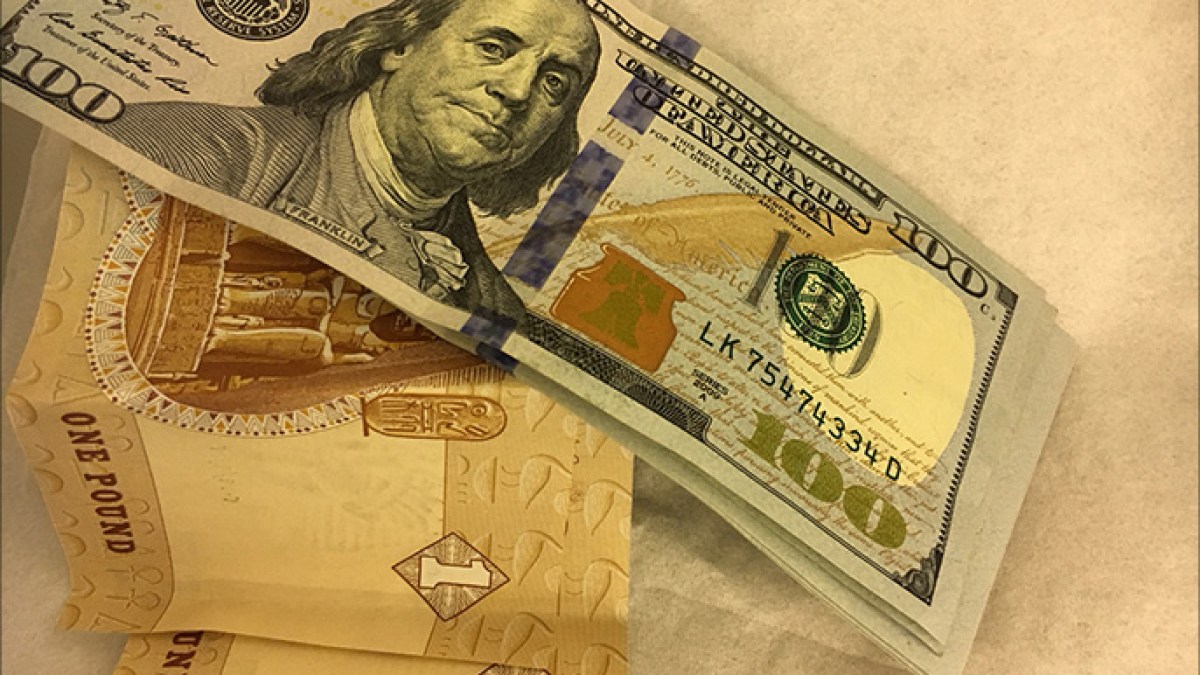 In addition to its historical increase in value, which makes it more than the surpluses achieved by service trade, labor remittances abroad, foreign aid, and the low percentage of merchandise exports covering imports, which in the last three decades ranged between 26% for the lowest percentage in the fiscal year 1998/1999 and between 61% for the highest percentage in the fiscal year 2005/2006, but it often ranges from 30% to 40%.

This was the main reason for the problem of recurring dollar shortages during the past decades, and here are the Egyptian banks returning, after a few weeks of devaluing the pound against the dollar last month, to stop opening credits or collection documents for importers during the last two weeks due to the scarcity of the dollar, which means the continuation of the crisis and insufficiency. The Fund's loan and the accompanying parallel loans from countries and international institutions to bridge the dollar gap, which exceeds $40 billion.

To identify the causes of this chronic trade deficit requires reviewing the relative composition of export and import commodities.

The data announced by the government statistics agency expresses the flow of goods through customs, entering and leaving, regardless of the arrival of the value of their exports and the payment of the value of those received from them, as do the Central Bank data, which indicated that the trade deficit reached 43 billion dollars, as a difference between imports worth 87 billion dollars and exports. amounted to 44 billion dollars.

While the relative distribution of imports refers to the export of intermediate commodities with 34% of spare parts for machines, spare parts for cars, vegetable oils, paper and chemicals, consumer goods 25% of passenger cars, medicines, fabrics, clothes, threads, meat and fish, fuel 16% of derivatives, crude oil and natural gas, and investment goods. 11.5% of machines, cranes, winches, pumps for liquids and air, computers and communications equipment, and raw materials 11% of corn, wheat, iron ores and raw sugar.

In the grain balance, the deficit was $7.5 billion, as a difference between $7.9 billion in imports versus $437 million in exports. The deficit included corn at $2.7 billion, wheat at $2.4 billion, soybeans at $2.3 billion, and rice alone with a surplus of $13 million.

This is expected in light of the low self-sufficiency rate, which according to the official data of the Statistics Authority in 2020 reached 45% for maize, 41% for wheat and less than 1% for soybeans.

The cotton trade suffered a deficit

If the fuel trade balance achieved a surplus of $4.4 billion, then the balance of payments data for the same fiscal year indicated that foreign oil and gas companies operating in Egypt transferred $7.3 billion abroad during the fiscal year representing their share of production specified in production contracts, which means that even the trade balance Fuel has achieved a real deficit of $ 2.9 billion.

Successive governments have tried to remedy the chronic trade deficit by reducing imports, including what happened in late 2015 by requiring approval by the Ministry of Foreign Trade for foreign factories that export their products to Egypt, despite the objection of the European Union and the contradiction with many of the free trade agreements that are linked to it. Egypt is with multiple countries and regional groupings, and that rationalization was repeated late last year by requiring the approval of the Ministry of Finance on imports before they are shipped.

The Central Bank added to this the cancellation of the method of financing imports through the most common collection documents and replacing them with the method of documentary credits last February, which faced objection from business organizations, because it caused disruption to the arrival of raw materials and production requirements to factories, which reduced production and export as well, given that industrial products contain 60% as imported components other than fuel.

This prompted the new central bank governor to promise to cancel the method of financing imports through documentary credits before the end of this year, in response to the business community and the International Monetary Fund as one of the demands of the new loan that Egypt requested from him, which we doubt can be achieved for several more months until the second half of next year. .

This is cited as evidence of the central administration’s reversal of its decision to liberalize the exchange rate recently, and convert it to a managed exchange rate, as was the case from last March until the reduction last month, and this is reinforced by the continuation of the large difference between the exchange rate in banks and its price on the black market, and had it not been for the demand for it, what would it be? Their prices increased, in light of the continued reluctance of banks to sell dollars to customers at the declared rates.

The real deficit is larger than the official data

The most important is the trade deficit, which amounted to 43 billion dollars in the last fiscal year, as an unprecedented number historically, and came despite the improvement in exports, which increased by 53% to achieve a record, benefiting from global inflation and the increase in the prices of many export commodities such as oil, gas, fertilizers, and minerals.

The aforementioned trade deficit number represents official transactions between exports and imports, while there are many other transactions that take place outside the official framework in which the value of imports exceeds official imports, including smuggling, such as smuggling of fabrics, which is the largest tributary for the manufacture of ready-made garments, and smuggling of electrical appliances, mobile phones, weapons, drugs, etc. The other side is the smuggling of Egyptian antiquities abroad.

In addition, many importers resort to manipulating purchase invoices, and decreasing the value of imported goods to pay lower customs, which means in the end that the real value of the trade deficit is much higher than the official figures, and senior officials and businessmen acknowledge that the problem is greater than its size mentioned in the official data, which requires A package of measures in the short, medium and long term.

These measures must focus on the productive sector, improving the investment climate, and increasing the industrial and technological component of exports, and not just administrative or police measures to reduce imports that have proven to fail in light of the continued increase in the value of imports in the past years, despite their implementation, given that these imports are linked to a real industrial, agricultural, service, and consumer need, and the presence of A lobby for importers is benefiting from international pressure to increase these imports and delaying the production issue is among the priorities of the ruling regime.