Neighbors on the verge of a nervous breakdown: this is how the oldest living nativity scene in Madrid is created

"Don't call me to do the interview too close to the date because this becomes crazy," warns Andrés, a computer scientist, father of a baby, neighbor of... 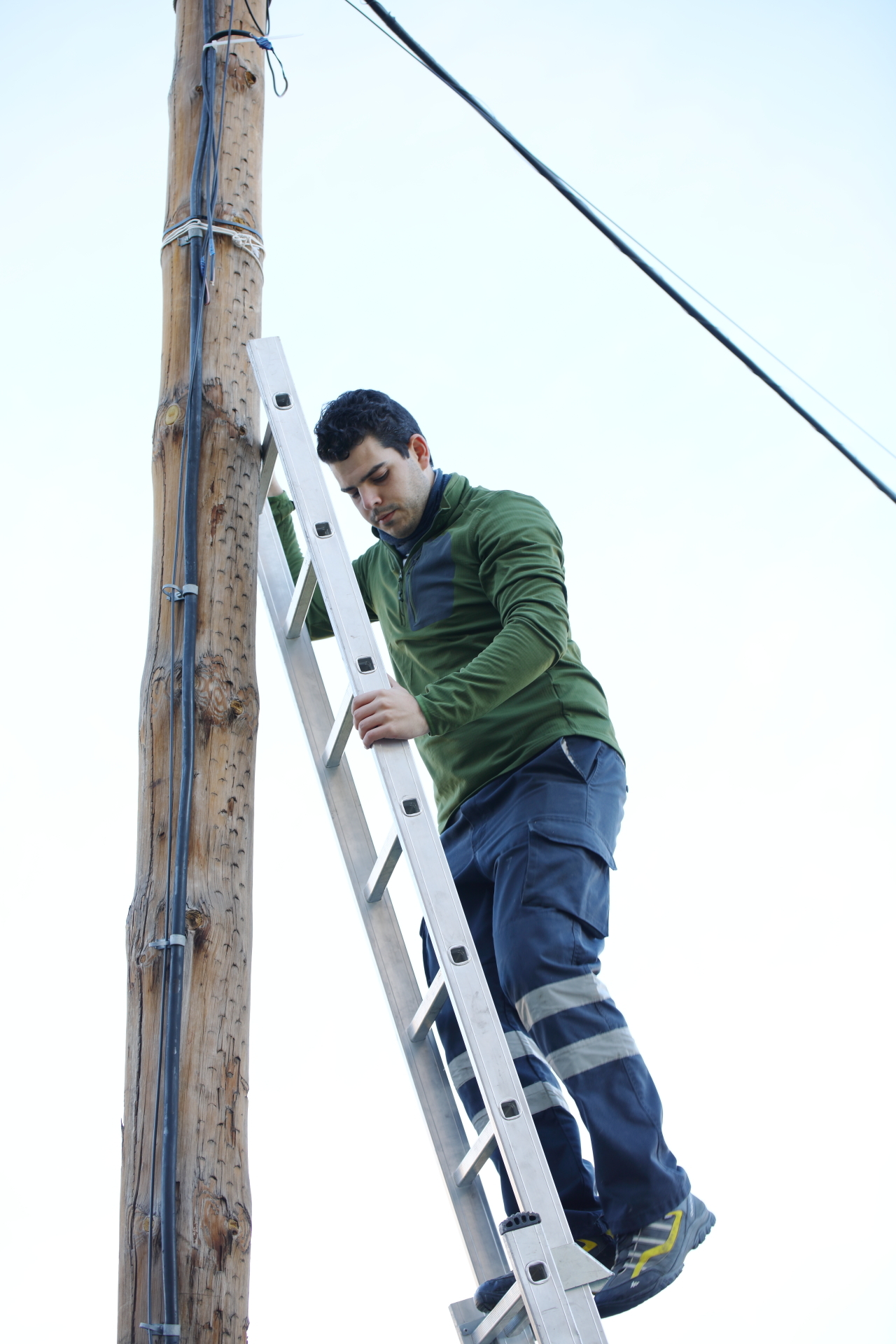 "Don't call me to do the interview too close to the date because this becomes crazy," warns Andrés, a computer scientist, father of a baby, a resident of Buitrago and an actor in the living nativity scene of his famous walled town in the Sierra Norte from Madrid.

, 33, is also the president of the cultural association that organizes this event recognized as a Festival of Regional Tourist Interest, which for four days in December attracts

to this municipality of about 1,800 inhabitants.

When we find him on the other end of the phone, Andrés has started his particular maelstrom, but he still has time to chat.

We ask him at what time is he.

The list is long and diverse: he has to go collect rockrose to decorate and make the tour smell good.

You have to go

look for the sheep and the donkey

He must hand out robes and measure the actors, a cast ranging in age from four to 88.

"Everyone wants the prettiest robe."

Its history is the illusion of an entire town that since 1988 has interpreted the biblical scenes of Christmas between the impressive walls and its castle, the best preserved complex in the Community of Madrid.

The Buitrago living nativity scene is the oldest in the region and one of the largest in Spain:

"The work is enormous," insists Andrés.

These are tasks that many of those who come to this live Christmas show cannot even imagine.

For example, you have to electrify the path along which the scenes take place, put up a public address system and fence everything off.

Then there is the chapter on permits and agricultural exploitation.

Although it sounds strange, the association has had to create its own farm to move the animals from the nativity scene.

To begin with, we are dealing with a family matter.

The oil mill, the laundry, the dairy, the forge... each scene is traditionally of a family from Buitrago.

Andrés dressed for the first time at the age of 4.

His father did it before.

"I don't remember a Christmas without the living nativity scene.

Our scene is that of carpentry and we used all the material from my grandfather, who was a carpenter. My sister, my mother, my cousins ​​also participate."

This may not be suspected either: the Buitrago nativity scene is, above all, a

The oil mill, the laundry, the dairy, the forge... Each scene traditionally belongs to a Buitrago family.

Andrés dressed for the first time at the age of four.

His father did it before.

«I don't remember a Christmas without the living nativity scene.

Our scene is that of the carpentry.

We used all the material from my grandfather, who was a carpenter.

My sister, my mother, my cousins ​​​​also participate ».

It is not an isolated case.

The roles of this representation are repeated every year.

the utensils of his ancestors

from him. Each family recreates itself in its scene and in that tradition of going down to set up the nativity scene."

One of the most beautiful things is that it is very intergenerational.

"You can be working with a 12-year-old boy together with a 65-year-old person. It unites the town a lot."

This year, the nativity scene woodcutter who will see metal staples put in when the clay pot breaks is the oldest actor.

The little ones are placed with their mothers in the market or in the nativity scene portal.

And the baby Jesus?

, a hyper-realistic baby. He is impressive."

"You can only blink"

The reborn does not feel or suffer, but the rest... All the actors remain on the scene, without moving, for three and a half hours.

Contrary to other theatrical nativity scenes, such as the one in El Berrueco, a nearby town in Madrid, the actors in Buitrago neither speak nor move.

We are authentic figurines

Each actor takes a position and that's how it stays: "Only blinking is allowed."

The idea is to let each viewer create their own story.

"You are walking and you go through the market, the laundry, the scene of the species or the salted fish are photographs that let your imagination run wild."

If it starts to snow, the setting turns into a painting by Brueghel the Elder.

It is one of the most beautiful memories that Andrés treasures.

"People would spontaneously applaud. I remember we heard them say: how wonderful."

There are beautiful nativity scenes all over the country, but none of them have these

A stony display embraced, to make matters worse, by the perfect meander of the Lozoya River.

"This is impossible to reproduce," stresses Andrés.

, thought when they discovered the living nativity scene in the town of Báscara on a trip to Gerona.

Eusebio, who still lives in Buitrago, did not hesitate: "I have to take this back to my land."

And that is how they began to move it, relying on other traditions from the Sierra Norte de Madrid such as La Pastorela, the pastoral dance that is still performed in nearby towns, such as Braojos de la Sierra.

The first nativity scene had eleven scenes and the participation of 80 actors from the town.

Such was the success that we are already in the XXXII edition.

It will also be safe this year, the first after the interruption of the pandemic.

Tickets for almost all passes are already sold out.

And we know that Andrés and his neighbors, with all their stress and his passion, will not rest until those days when

the star of the East