The treasures of Tutankhamun's tomb, a century of fascination

Tutankhamun's tomb was unearthed on November 26, 1922, just one hundred years ago. Considered one of the most important archaeological discoveries to date, this historic treasure of 3,000… 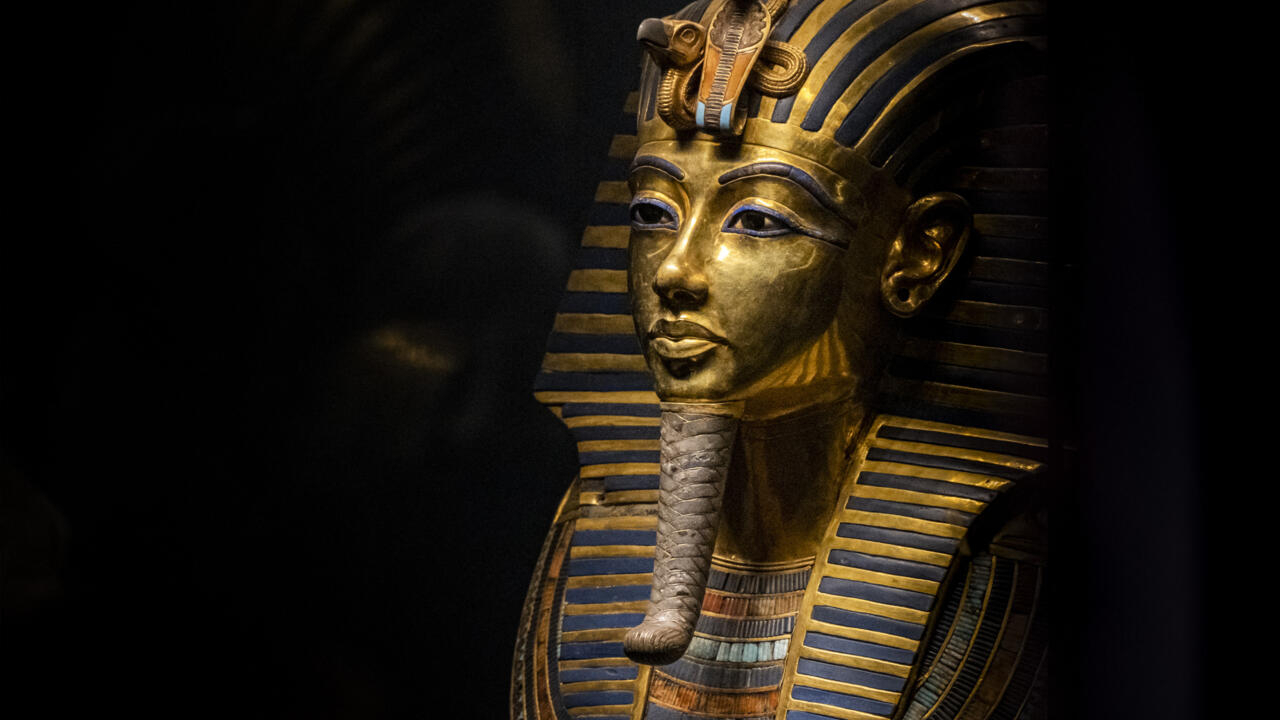 Exactly a century ago, on November 26, 1922, archaeologists opened the tomb of Tutankhamun a few days after having exhumed it.

Born around 1340 BC, this pharaoh, who reigned less than ten years and represented a short page of ancient Egypt, nevertheless remains the most famous of all.

The fabulous treasures present in his tomb and the mysteries that surround him have largely contributed to his fame.

To this day, his tomb remains one of the most important archaeological discoveries of all time.

It is in the city of Luxor, a valley of Egypt in the middle of the desert, a few hundred kilometers from Cairo, that a rich British notable passionate about Egyptology, named Lord Carnarvon, finances the excavations carried out by the archaeologist Howard Carter.

After five unsuccessful excavation campaigns in the Valley of the Kings, Lord Carnarvon is ready to give up.

But Carter manages to negotiate a final year of credit.

And the miracle happened: after barely five days, his teams made an exceptional discovery.

“He dared to do something that we wouldn't dare to do today”, relates Dominique Farout, Egyptologist, to France 24. Howard Carter went to dig under the ruins of an old workers' village.

"He first falls on the steps of a staircase that sinks into the ground and there he is sure that he has found the tomb of Tutankhamun (...) What he finds inside is astounding ."

Among the 5,000 objects discovered: a gold-plated wooden bed, a chariot, or even a dagger.

The spectacular red quartzite sarcophagus housed three nested coffins, the last of which (110 kg) in solid gold housed the mummy of Tutankhamun.

The centerpiece of the treasury, which has become one of the most recognizable Egyptian artifacts in the world, is the pharaoh's funerary mask, made from over 10 kg of solid gold.

It was discovered three years later, in October 1925, when archaeologists opened the last sarcophagus protecting the sovereign's mummy.

But this "golden" pharaoh, now known to the whole world, was almost forgotten.

Just after his reign, for religious differences, his successors decided to delete everything that mentioned his existence.

“Tutankhamun was a little boy who became king at the age of 9, when he was an orphan”, relates Dominique Farout.

“He is a king who lived at an absolutely pivotal time, since it was the son of Akhenaten who had had the images and the name of the god Amon, the king of the gods everywhere in Egypt, destroyed.

It is under his reign that this cult is reestablished and that we return to the norm."

A few months after the discovery of the tomb, the legend of the curse of the pharaoh seized the public, fueled when Lord Carnarvon died in April 1923 of sepsis, after an infected wound.

The legend also feeds on a series of deaths, such as that of Howard Carter, who died of cancer in 1939 at the age of 64.

A businessman who visits the tomb dies suddenly, as well as a radiologist who examines the mummy.

That's enough for the British media to attribute these deaths to Tutankhamun's revenge and spread the rumor of a curse that would fall on those who entered the tomb.

This rumor is also taken up by Arthur Conan Doyle, the creator of Sherlock Holmes, and even inspires Agatha Christie for one of her famous short stories “The Adventure of the Egyptian Tomb”.

Today, the magic that surrounds the pharaoh still operates.

Nearly 1.5 million people visited the exhibition dedicated to the pharaoh, in 2019, at La Villette, in Paris.

The last exhibition of a comparable scale dated back to 1967, when his treasure was shown for the first time in France.

The fascination for ancient Egypt

“Already at the time, the Ancients, the Greeks and the Romans wrote fabulous things about hieroglyphs which had magical powers”, relates the expert.

The decipherment of hieroglyphic Egyptian was the culmination of a quest lasting several centuries: "It went through the Arabs, then it happened to us during the Renaissance", continues Dominique Farout.

It is above all Napoleon Bonaparte's expedition to Egypt (1798-1801) that is remembered.

Twenty-three years after the expedition, Jean-François Champollion reveals to the world the key to deciphering hieroglyphs, a language that has been forgotten for fifteen centuries.

According to the expert, this fascination is also explained by the “false” impression of a certain stability in Egypt.

"Today, we are in a completely unbalanced world, which moves at full speed, whereas Egypt is beautiful and balanced."

Even today, this tomb is one of the most visited in the Valley of the Kings in Egypt.

Thousands of tourists go there to see the mummy.

Egypt is indeed banking on Tutankhamun for his cultural influence.

Next flagship project of the government: the Grand Egyptian Museum which will soon open its doors in the suburbs of Cairo, after two decades of work.

Even if Tutankhamun was exhumed a hundred years ago, there are still many elements to discover and understand, warns Jean-Guillaume Olette, Egyptologist at the Catholic Institute of Paris, live on France 24. The specialist recently discovered inscriptions hidden inside Tutankhamun's jewelry and inside the tomb itself.

“It's an incredible discovery”, he reacts.

And the historian concludes, “in these texts, there is always an issue of protecting the king during his journey into the underworld of the dead.

It is very important for the king, after his death, to return to his ancestors.”

More than 3,000 years later, Tutankhamun's tomb has not finished revealing all its secrets.