Sara García, the Leonese who will travel to space: "Although it seems naive, the most important thing to be an astronaut is to be nice people"

To be an astronaut there is no career that can be studied or a workshop where they teach you the secrets of the trade. There is no recipe for flying into space. But if there was, he... 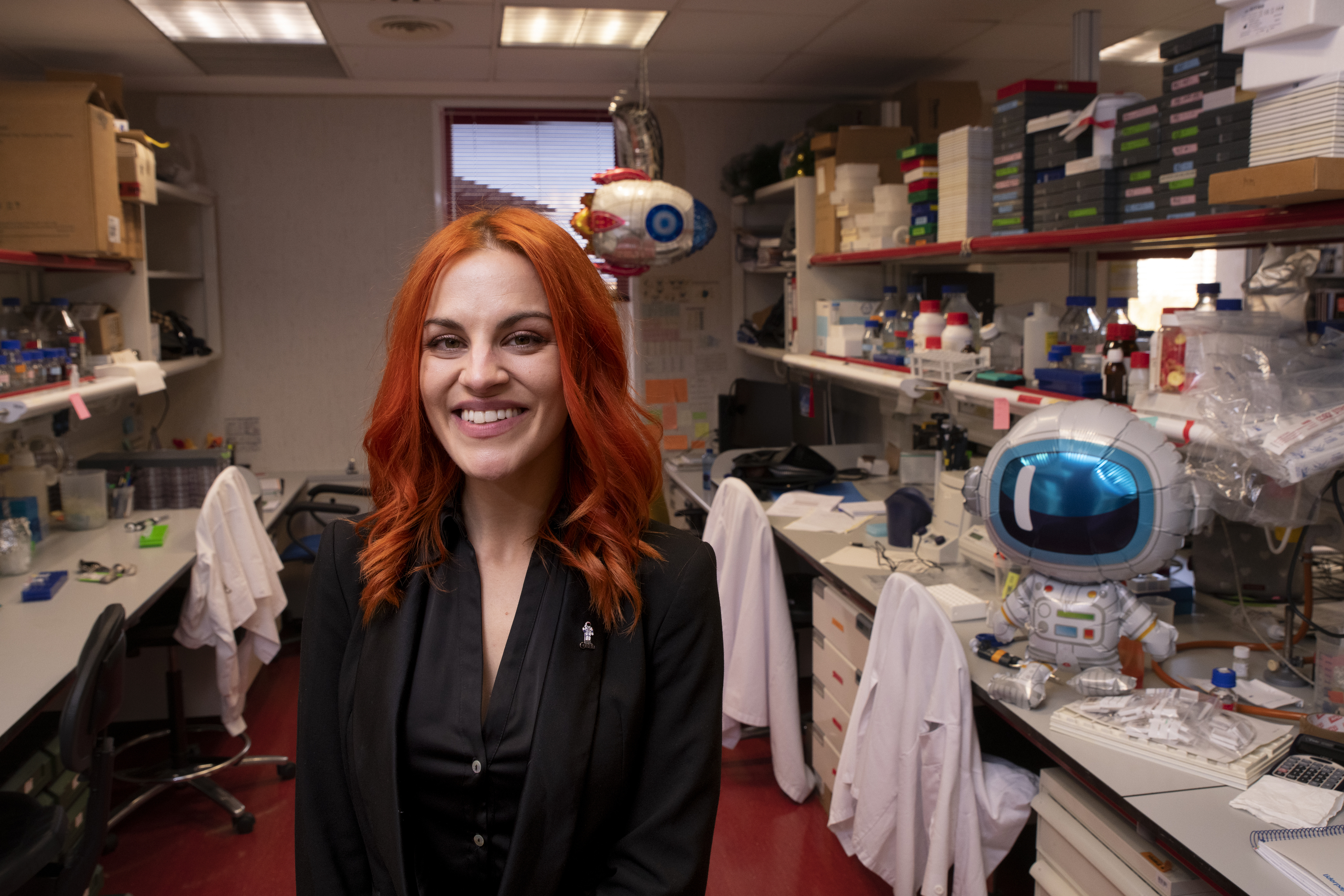 To be an astronaut there is no career that can be studied or a workshop where they teach you the secrets of the trade.

There is no recipe for flying into space.

But, if there were, the first step would be to have your feet on the ground... and look at others: «You have to live for

six months in a confined space

without throwing things at your head.

And if there's a problem, you have to fix it."

Who says it is

, from Leon born in 1989, who has just surpassed almost 23,000 applicants to be part of the Astronaut Corps of the European Space Agency (ESA), and who thus sums up the formula for her success: «If I have to summarize it in one thing, that you are nice, that you are nice people.

Maybe it sounds a bit naive on my part.

But, in reality, it implies many things

: that calmness, always trying to go with a positive attitude, being optimistic... That kind of thing is what you look for in a psychological profile, and

they have been very conscientious

», reviews about the 18 months that the selection process has lasted.

The new astronaut has just arrived, for the first time after the news broke, at her usual job.

Which, in reality, was already idyllic:

is a researcher at the leading National Cancer Research Center (CNIO).

Her studies seek, under the direction of

driven by mutations in the KRAS oncogene.

is a modern, clean and silent laboratory;

a scientific oasis under the four towers of Madrid where everyone seems to go about their business and debates can be heard in various languages.

balloons in the shape of a rocket and an astronaut

that are hung to receive Sara.

"I don't consider myself a superhero.

At the moment, they are making it very easy for me.

Seeing the reaction of the people, the illusion, and

the faces of the people around me... makes me happy

His position as her

will allow him to continue her work at the CNIO, something that is appreciated by her colleagues and, more than anyone, the two students whose doctoral theses she is in charge of.

It is difficult for someone to be an avant-garde researcher and an astronaut at the same time, but in this story there is an equally or more amazing coincidence: another of the

is also Spanish and, moreover,

a surprise that we still don't believe each other

They met a year ago, during the selection process, and joked about it: it was almost impossible for both of them to make it to the end.

And here we are!

, even the wildest and most unlikely ones."

The selection process to travel to space responds exactly to the definition of the improbable: the first phase is an analysis of the curriculum and "a very extensive questionnaire" that the candidates must answer: there they value

having made trips, having an adventurous spirit , knowing languages...

«If you have met all kinds of people, that will make your life easier in the future;

and it is highly valued."

«I do not sign up for krav magá thinking about being an astronaut;

I don't study biotechnology thinking about being an astronaut;

I did not go on a trip to different countries... But, in the end,

those small decisions, all those paths that you have taken throughout your life

, for some reason that you never considered, turn out to fit very well with what that they are looking for”, sums up García Alonso.

There are also many intelligence tests, psychological tests, extensive medical and psychiatric evaluations, as well as several moments when interviewers try to make candidates lose their nerve.

And there is a decisive question, which an astronaut has to answer after witnessing the process: «

Would you spend six months with this person on the International Space Station?

Many fall at that moment.

It was very useful for Sara to demonstrate that she knew how to work in a team and manage risk, skills acquired in her scientific work.

"I am used to operating machinery," she explains, as well as

and analyzing samples: "That also interested them, because of the type of experiments that are done on the ISS," she analyzes.

But, above all, they have to be sure that you are not going to sink up there: «I would say that

60% of the tests have been to evaluate the psychological profile

Portrait of Pablo Álvarez, the new Spanish astronaut: "They are not looking for geniuses, but people who do not fail"

Portrait of Pablo Álvarez, the new Spanish astronaut: "They are not looking for geniuses, but people who do not fail"

Samantha Cristoforetti: "There are still no plans for a European to step on the Moon"

Samantha Cristoforetti: "There are still no plans for a European to step on the Moon"

The applications are "blind", recalls García Alonso: "They assigned us an ID, a number, and

neither the gender nor the country of origin was known

One of the things that changed along the way was the ratio of men to women.

as the tests progressed, women outperformed them in a higher percentage

"It is not a profession that is more inclined towards men, or that men are more suitable for it than women," says the astronaut.

These data show that the talent is there, that women can do this perfectly

Gone are the 1960s and the first space race, when "profiles looked like clones of each other," she jokes.

"Now we have two [female] career astronauts working, and I'm sure they're going to have a spectacular career," she advances.

For her part, García Alonso will still have to wait a while before being able to fly into space, but she is "tremendously excited and highly motivated" given the many projects ahead: "Getting interesting collaborations, disseminating the benefits of science, the research and technology; try to make people aware of everything that the space sector can offer us, not only in scientific research issues.

Space is absolutely everywhere. In our day to day, each human being uses more than 20 satellites that are in low orbit