Sustainable aviation fuel (SAF, acronym for the English concept Sustainable Aviation Fuel) will be, in part, responsible for making more than 200 flights depart from... 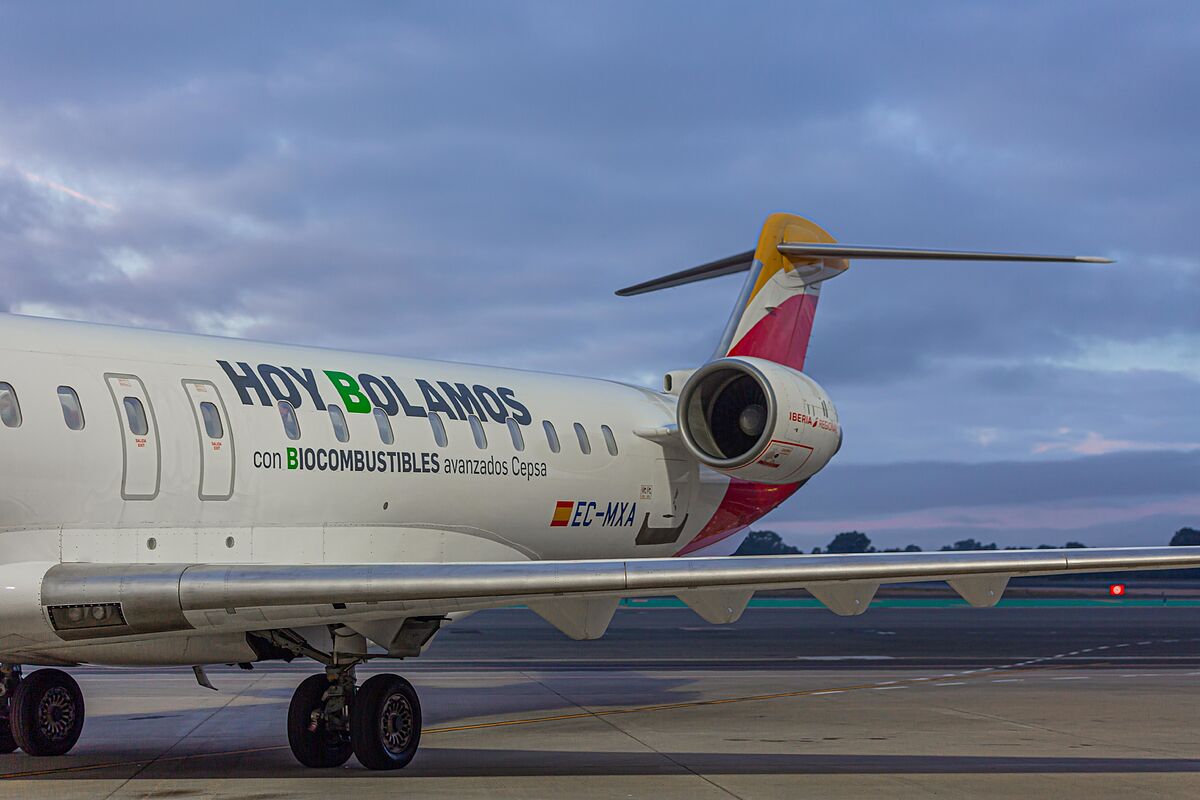 Sustainable aviation fuel (SAF, acronym for the English concept Sustainable Aviation Fuel) will be, in part, responsible for making more than 200 flights depart from Seville airport and travel

, the equivalent of about 10 trips around the world.

The biofuel will be created -also in part- with olive pits.

The SAF has been produced by

In addition to those mentioned for olives, it will use other vegetable residues from the olive sector.

Once processed, they will end up in the bowels of the planes that cover

flights that depart from the Andalusian city.

According to energy calculations, among the 220 flights they will cover, thanks to the 'green' fuel, 400,000 kilometers of travel, or between 400 and 500 flight hours.

It will also mean preventing more than 200 tons of CO2 from being emitted into the atmosphere.

The planes, in any case, will not be fully loaded with SAF - they

-, although they will far exceed the percentage established by the European Union for 2025: 2%.

Carlos Barrasa, director of Commercial & Clean Energies at Cepsa, explained during the presentation of the program at the Seville airport that the company's intention is to offer 800,000 tons of SAF to its customers annually starting in 2030.

The aviation sector has committed to reaching net zero emissions in 2050. To do so, it depends largely on this fuel, which

But at the moment it is very far from the scale production necessary to reach that amount, which is why the European climate objectives are more modest.

Iberia, for example, announced at the beginning of the year that it intends to operate a minimum of 10% of its flights with fuels of sustainable origin in 2030.

At the end of September, the Association of Airlines (ALA) -whose president, Javier Gándara, was present at the event in Seville- and the CEOE presented a report prepared by Deloitte that ensured that environmental taxes and the use of fuels with less carbon footprint could cost the sector 11 million tourists and 430,000 jobs.

Thus, in addition to various tax measures, they pointed directly to the RefuelEU plan, which establishes the obligation to use the most expensive sustainable aviation fuel at the moment in different proportions, with the aim that by 2050 it already accounts for 63% of the total.

The calculation made by Deloitte estimated that 194,000 jobs would be lost as a result of environmental measures.

They also blamed these tools for a reduction of five million tourists, especially over short distances.