World Cup 2022: Ghanaians frustrated by their loss against Portugal

For their return to the final phase of the World Cup, the Ghanaians lost 3-2 against the Portuguese. A frustrating, even unfair defeat, in the eyes of Black Stars. They believe they have been victims of… 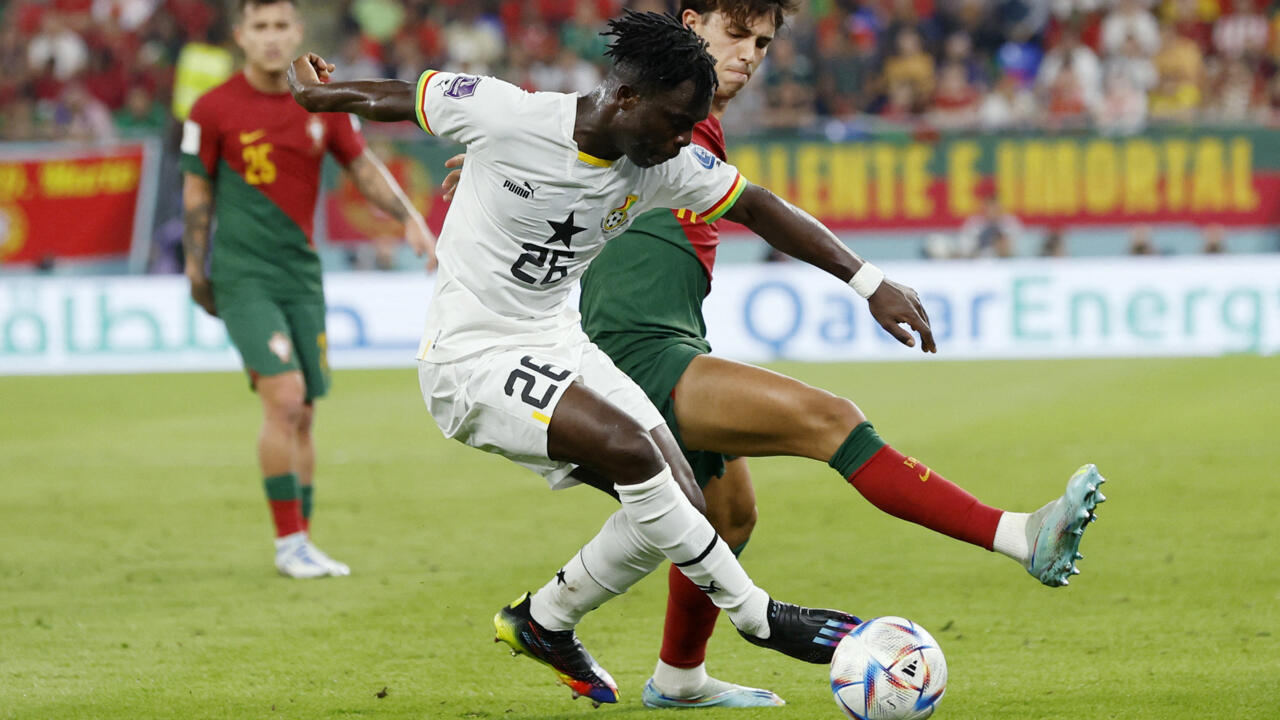 World Cup 2022: Ghanaians frustrated by their loss against Portugal

The Ghanaian Alidu Seidu in the fight with the Portuguese Joao Felix.

For their return to the final phase of the World Cup, the Ghanaians lost 3-2 against the Portuguese.

A frustrating, even unfair defeat, in the eyes of Black Stars.

They believe they were victims of a penalty unfairly awarded to Cristiano Ronaldo on November 24 in Doha.

Given the face of the game, I think we deserved to draw.

A baptism of fire that ended in a 3-2 defeat against Portugal on November 24 in Doha.

In the first half, we respected the game plan which was to work hard defensively and reach the break with a draw.

Afterwards, in the second period, we pressed a little higher.

But we conceded this penalty which, for me, is not logical.

The turning point of the match indeed came around the hour mark, when Cristiano Ronaldo opened the scoring.

The Portuguese touched the ball in the Ghanaian area just before defender Mohammed Salisu who tapped him in the foot.

The referee did not hesitate to whistle a foul.

What Alidu Seidu still does not recover from.

The defender, who also received a yellow card, thus displays his frustration.

Frankly, we had everything to put them in difficulty

I think we gave a good image.

We didn't hide and we showed what we could do.

A handsome winner, Raphaël Guerreiro also paid tribute to the training coached by Otto Addo, whom the Portuguese side worked with at Borussia Dortmund (Germany).

I found that tactically, the Ghanaians were really very good

They gave us the ball a lot, so we saw little of their attacking qualities.

But they managed to exploit our flaws to score two goals.

I think it will be difficult for their next opponents.

The Black Stars must now swallow their disappointment before facing South Korea on November 28 and Uruguay on December 2, still in this group H of the 2022 World Cup

The game against South Korea is fast approaching.

And if we win it, maybe that will put us in a good position in the standings