Closed-circuit cameras at a farm in Inner Mongolia began capturing an anomalous image in early November that quickly went viral around the world when... 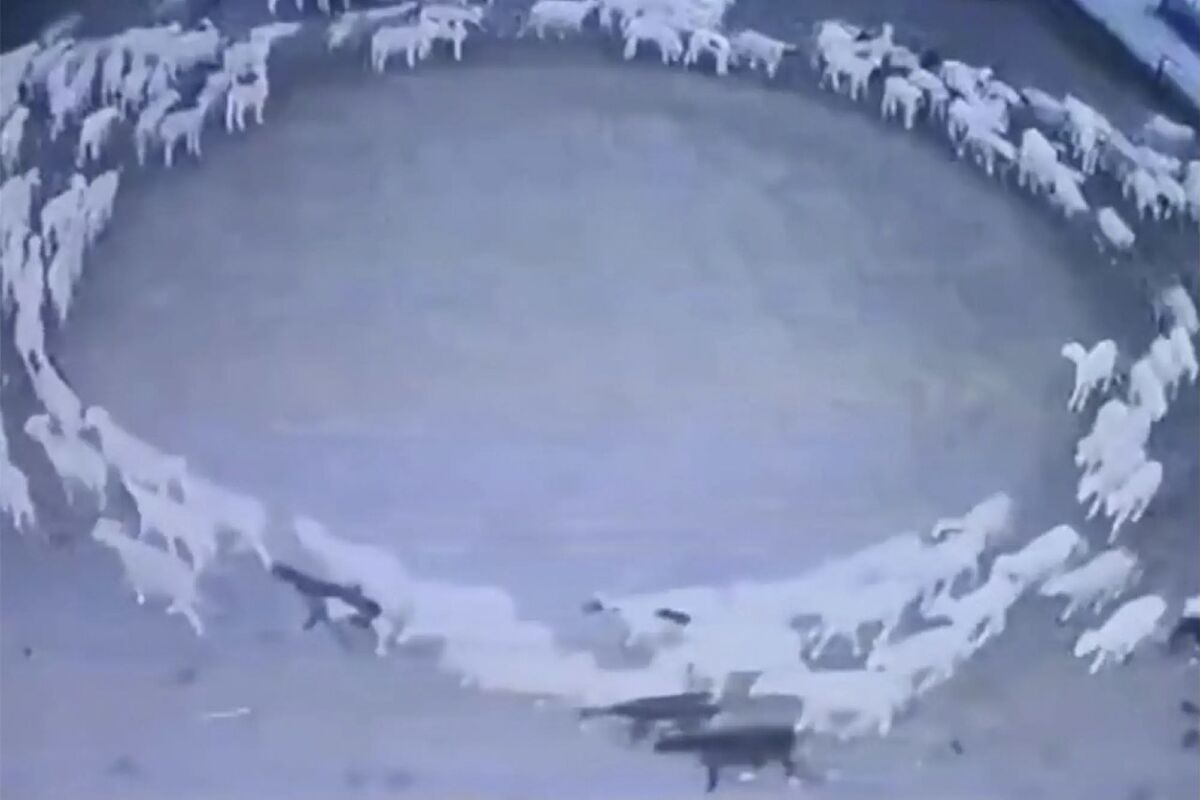 Closed-circuit cameras on a farm in

began capturing an anomalous image in early November that quickly went viral around the world when shared by a Chinese newspaper: a herd of sheep circling nonstop.

They stayed like this for 12 days, wandering inside the corral in a continuous movement and in a group in a clockwise direction.

"The great mystery of the sheep! Hundreds of sheep walk in a circle for more than 10 days. The sheep are healthy and the reason for the strange behavior remains a mystery," read the comment accompanying one of the videos he released on Twitter the People's Daily, the official newspaper of the ruling

A few days before the scene went viral around the world, it had been a farm worker,

, who posted the first video on

After the uproar, some local Chinese newspapers went to talk to Miao Xiaolu, who was still stunned by the inexplicable pattern her herd was following.

"We are also very curious to know what has happened and we hope that the experts answer our questions," said the woman, who pointed out that there are 34 pens on the farm, but only the sheep from pen number 13 were the protagonists of the show.

"First a few started to go around in a circle, they seemed disoriented. But then the rest joined in," Miao said.

In the absence of a confirmed explanation, several veterinarians have wanted to point in the direction of a bacterial disease that makes some animals appear disoriented and start pacing:

, which can inflame one side of the brain and cause infected animals continually turn to the side that is affected.

also collected the opinion of some experts in the prevention and control of animal diseases, who speculated that the behavior of sheep could be caused by parasitic diseases such as cerebral echinococcosis, although they specified that this disease manifests itself mainly in individual sheep, and it is not a group phenomenon.

There are also other specialists such as Professor

, from the Department of Agriculture at the University of Hartpury (England), who in Newsweek magazine bet on social behavior dominated by the herd mentality.

"It appears that the sheep are in the pen for long periods, and this could lead to stereotypical behavior, with repeated turning due to frustration with being in the pen and limited," Bell said.