Jungkook's feelings on the stage of the World Cup Opening Ceremony... "You'd be lying if you weren't nervous"

Group BTS member Jungkook expressed his feelings on the stage of the opening ceremony of the 2022 World Cup in Qatar. Yesterday (local time), Jungkook delivered his thoughts through the fan community platform Weverse after finishing the World Cup Opening Ceremony held at the Algor Albaite Stadium in Qatar. 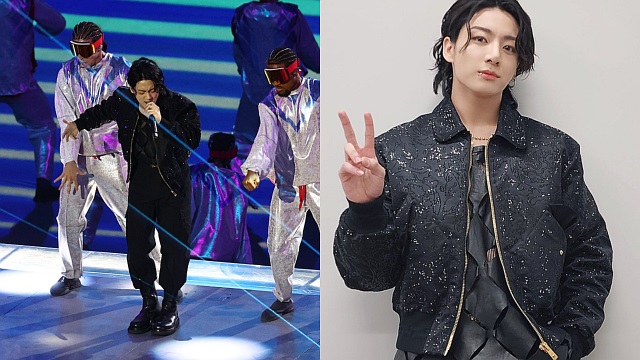 Group BTS member Jungkook expressed his feelings on the stage of the opening ceremony of the 2022 World Cup in Qatar.

Jungkook said, “Honestly, it would be a lie if I said I wasn’t nervous.

Jungkook explained the preparation process, "I learned the choreography right after arriving (Qatar). I learned the last chorus part the day before I went on stage, and while learning the rest by watching the video, I added my own color to the stage."

He said, "Lastly, I played the song in my room before going to bed and rehearsed the parts I felt regrettable about," he said. It gave me a lot of strength," he said.

When Jungkook showed concern for the stage, saying, "I can't hear my voice better than during the rehearsal (on stage), so I don't know how I sang," fans responded with "You did a great job on the stage", "You said you practiced the day before, so you're so good", "I'm so proud of you. I'm sorry" and cheered with comments.

BTS members also cheered on Jungkook's stage through SNS, and Jungkook expressed his heart, saying, "Thank you for cheering for the members from afar."

Regarding meeting the Korean national soccer team training in Qatar, Jungkook said, "The real players' force was no joke. To be honest, the tension right before meeting the players was much higher than the tension before going on stage."

Jungkook continued, "I saw him (walking) from the front, and he was very tall. While saying hello, I wondered if I could stay here." He said, "I don't want to take up time, so I said, 'Don't get hurt and I hope you get good results as much as you practiced'. Uniform also received,” he added.

The music video for the song will be released on the official FIFA YouTube channel on the 22nd.