Iran strikes once again at its Kurdish opponents in Iraq 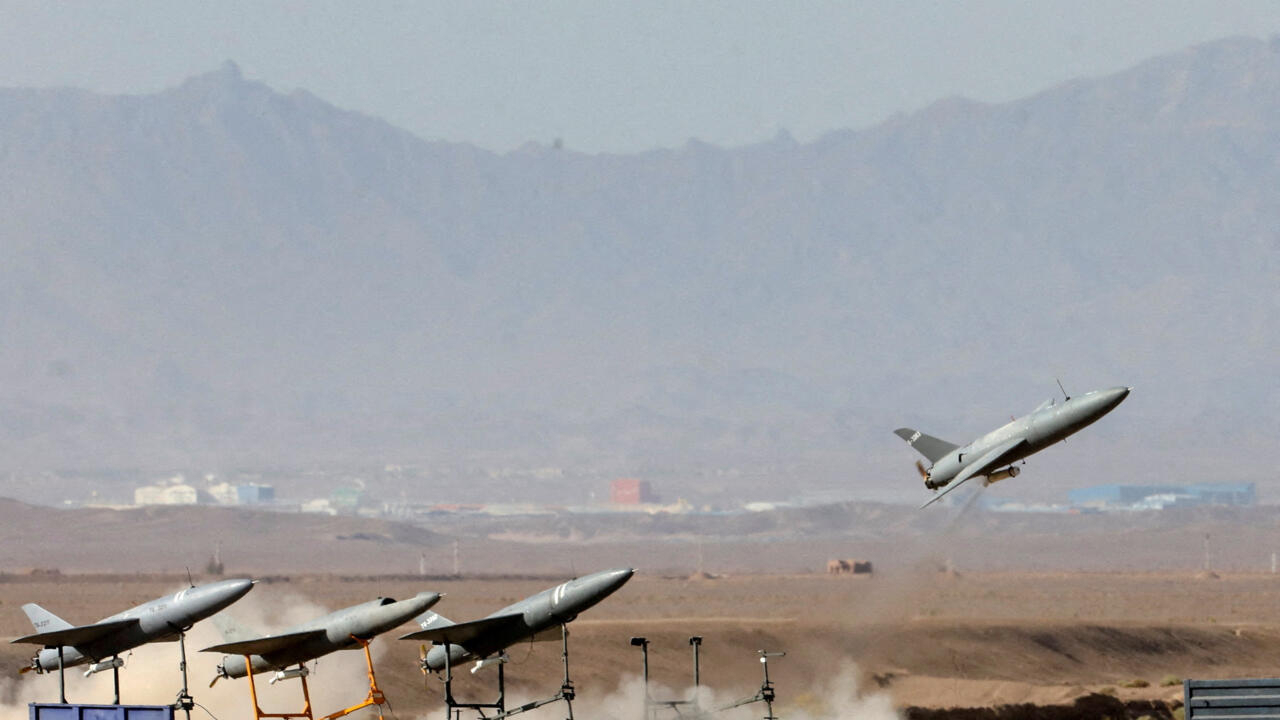 Iran again bombed Iranian Kurdish opposition groups based in neighboring Iraqi Kurdistan on the night of Sunday November 20 to Monday November 21, a week after similar strikes targeting these factions accused by Tehran of stoking demonstrations which shake the Islamic Republic.

The regional authorities of autonomous Kurdistan, in northern Iraq, did not immediately report any possible human losses due to these missile strikes and drone strikes attributed to the Revolutionary Guards, the army ideology of Iran.

The Democratic Party of Kurdistan of Iran (PDKI) and the Iranian Kurdish nationalist group Komala have both confirmed bombings targeting their facilities.

"The Revolutionary Guards (Ideological Army of Iran, editor's note) have again bombed Iranian Kurdish parties," said the counter-terrorism services of Iraqi Kurdistan, without mentioning the toll for these strikes which occurred around midnight.

The PDKI confirmed on Monday that it had been targeted in Koya (Koysinjaq) and in Jejnikan, near Erbil, the regional capital of Kurdistan by "missile fire and kamikaze drones".

"These indiscriminate attacks come at a time when the Iranian terrorist regime is unable to stop the ongoing demonstrations in Kurdistan" of Iran, lambasted the PDKI, the oldest Kurdish party in Iran founded in 1945, in a press release published on line.

The Iranian government accuses these opposition groups, long in its sights, of stoking unrest in Iran, which has been facing demonstrations since the death on September 16 of the young Iranian Kurd Mahsa Amini, arrested by the police of the manners in Tehran.

In the past, several senior Iranian officials questioned the authorities in Baghdad and those in Erbil on this issue, asking them to neutralize this opposition.

Installed in Iraq since the 1980s, these Iranian Kurdish factions are described as "terrorists" by the Islamic Republic, which accuses them of attacks on its territory.

But after having led an armed insurrection for a long time, these groups, very left politically, have almost interrupted their military activities, however qualify experts.

The Komala movement confirmed on Twitter that it had been targeted, however ensuring that it had not suffered any losses in its ranks.

The US military command for the Middle East (Centcom) condemned in a press release "Iranian cross-border strikes" carried out by "missiles and drones" near Erbil.

"Such indiscriminate and unlawful attacks endanger civilians, violate Iraqi sovereignty and undermine the security and stability (...) of Iraq and the Middle East," Centcom added in a statement.

The latest Iranian bombings come just a day after airstrikes carried out by Turkey in Iraqi Kurdistan against bases of the Turkish Kurdish rebels of the PKK, the Kurdistan Workers' Party.

Considered a terrorist organization by Ankara but also by its Western allies, the PKK has been in armed struggle against the Turkish government since the mid-1980s. It has had rear bases in northern Iraq for decades.

"Whatever Tehran's intention to target Iraqi Kurdistan, it is a failure for both Baghdad and Erbil to leave their territory so vulnerable to foreign attacks," Iraqi-Canadian political scientist Hamzeh said on Twitter. Hadad.