The Organizing Committee of the Sheikh Zayed Festival announced that the festival’s activities during the new session will exceed 4,000 events, in addition to about 750 public performances over 120 days of excitement, as the festival concludes on March 18, 2023, under the slogan “The UAE is the meeting point of civilizations.” 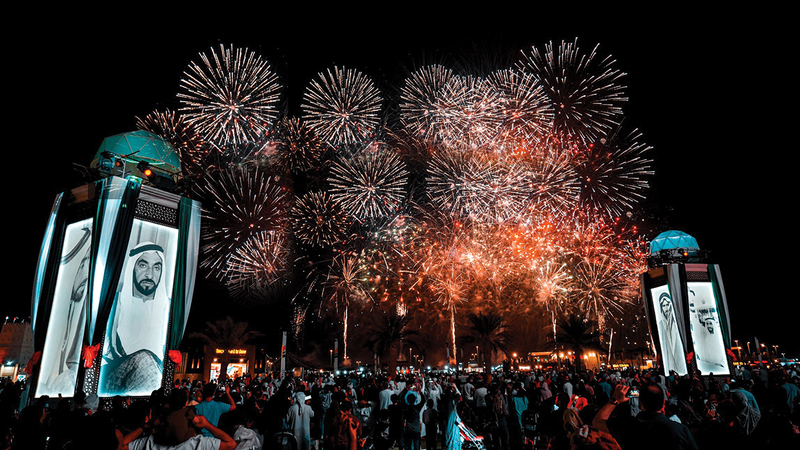 The Organizing Committee of the Sheikh Zayed Festival announced that the festival's activities during the new session will be more than 4000 events, in addition to about 750 public performances over 120 days of excitement, as the festival concludes its activities on March 18, 2023, under the slogan "The UAE is the meeting point of civilizations."

The organizing committee explained that the festival, which is held under the patronage of His Highness Sheikh Mohamed bin Zayed Al Nahyan, President of the State, and the follow-up of His Highness Sheikh Mansour bin Zayed Al Nahyan, Deputy Prime Minister and Minister of the Presidential Court, will start on November 18, in the Al Wathba area in Abu Dhabi.

In its current edition, the festival continues to focus on presenting its main message of preserving the national heritage, emphasizing the depth of Emirati civilization, and passing it on to future generations.

The new version of the festival has a rich list of events and major entertainment shows that vary between heritage, culture and sports. The festival activities will also include the Union march, National Day celebrations, New Year celebrations, as well as international marches, “Al Wathba Custom Show” competitions, and other events that suit all the family members.

Since its inception, the festival has been keen on transmitting the intellectual and cultural heritage of the UAE, showing the richness of its traditions, and highlighting the extent of its diversity by organizing a cultural event of international standards capable of attracting citizens of the country and countries of the world, residents, tourists and visitors.

The Higher Organizing Committee of the festival has been annually presenting new activities that enhance the festival’s position as one of the best authentic cultural and heritage events of the year that expresses the identity of the state, as the festival bears the name of the late Sheikh Zayed bin Sultan Al Nahyan, may God rest his soul, in recognition of his pivotal role in preserving the heritage The authentic Emirati, and in continuation of his comprehensive journey in building the human being on authentic values ​​and transmitting them to generations.

Visitors to the festival will enjoy a daily program full of colors of creativity, entertainment, culture and heritage, which expresses the cultural heritage of the UAE and many peoples and cultures of the world through a wide presence of exhibitors around the world, world heritage neighborhoods, as well as pearls of heritage and Emirati folklore, and entertainment and family events presented to audiences from all over the world. Nationalities over the days of the festival.

A day of excitement.