An episode of “Above the Authority” program (October 7, 2022) dealt with the new invention in the world of media, which was recorded in Tunisia, where it is no longer necessary to send a reporter to the Carthage Palace. 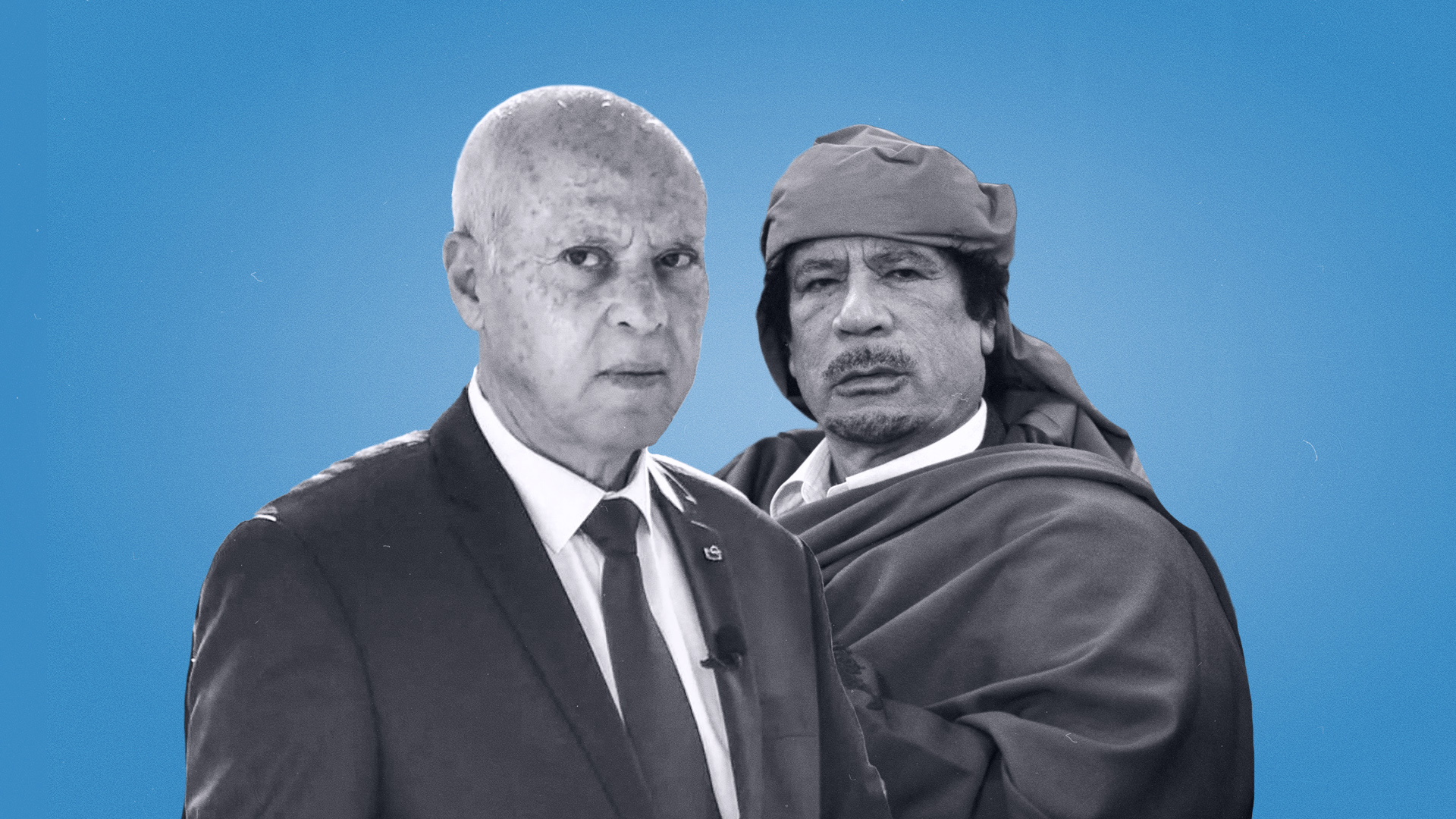 As Tunisian President Kais Saied himself presents a full media report from the palace about the meeting he is doing out loud in front of the cameras, mentioning the name and recipe of the guest, and the topics covered during the meeting.

On the other hand, German TV "Deutsche Welle" (DW) presented a report reviewing the similarities between Tunisian President Kais Saied and the late Libyan Colonel Muammar Gaddafi. In 1969, Gaddafi abolished the constitution that had been adopted in his country.

Activists have compared the body movement of the Tunisian President and Nazi leader Adolf Hitler because of the permanent emotionality.

The program "Above Power" also conducted a study of the two characters and did not find any similarities because President Kais Saied does not have the charisma of the tyrant that Hitler possessed.