Why are the masks not removed? "We are facing an uncertain winter. It is possible that we will have waves of Covid and flu cases at the same time"

For a few weeks, the total disappearance of masks has been demanded, which would mean eliminating their obligation on public transport. This week the... 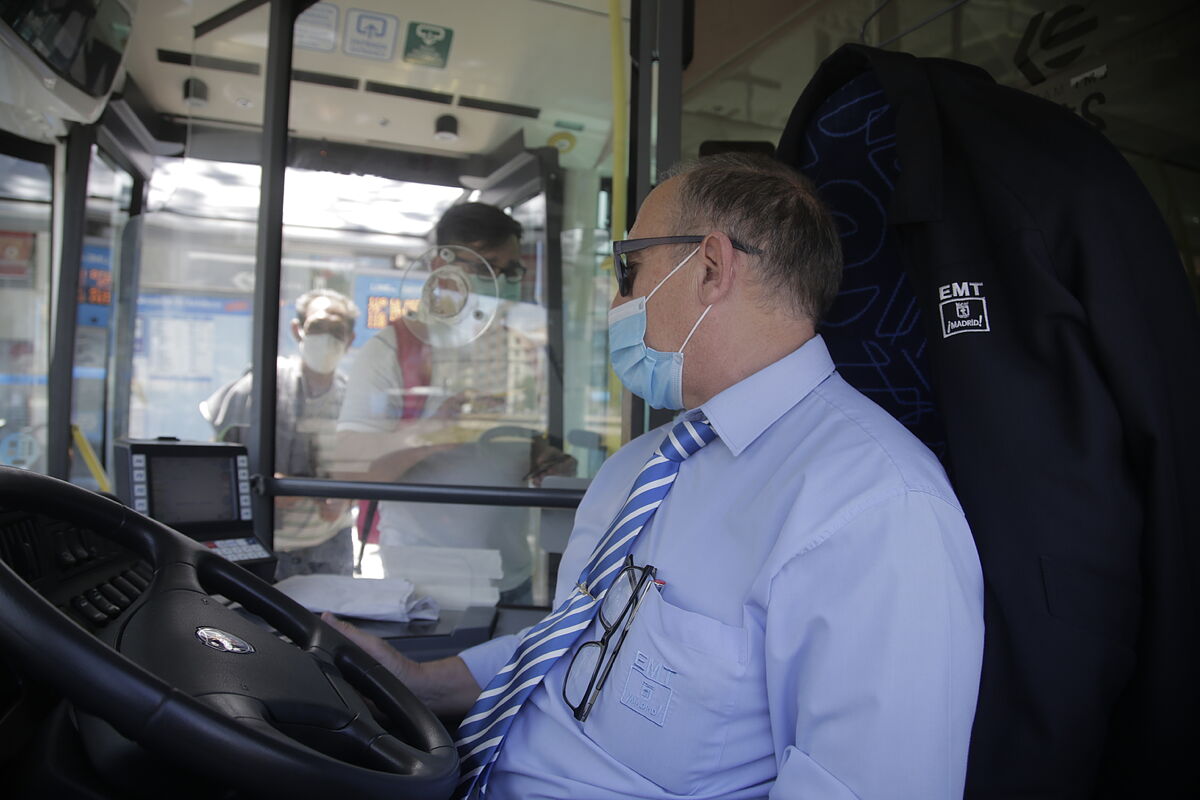 For a few weeks, the

has been demanded , which would mean eliminating their mandatory nature on public transport.

This week the experts of the Report on Alerts and Preparedness and Response Plans have met, only two communities, Madrid and Murcia, positively valued this initiative.

hesitate to do so because we are facing an "uncertain autumn", with many respiratory viruses "on the prowl"

and uncertainty about what will happen.

In any case, in the appointment of

the technicians of the Alerts Report, no position was established,

nor was there any technical document that supports or rejects this decision for the moment.

For some, eliminating the masks means "shelving" a pandemic, which, although it is in one of the most optimal moments with a low case count, has not yet ceased.

Tedros Adhanom Ghebreyesus, warned yesterday of the increase in cases of coronavirus and flu in Europe

and asked to vaccinate the most vulnerable against both diseases.

"Several countries in Europe are reporting an increase in Covid cases, hospitalizations and deaths. This is to be expected as the weather cools, people are spending more time together indoors and most states do not have measures in place to limit the spread of the virus," Tedros said.

In Spain, cases of respiratory infections are on the rise according to the Sentinel Surveillance System for Acute Respiratory Infection of the Carlos III Health Institute.

The latest data available from

, and children under 14 are the most affected.

The sentinel system in primary care shows almost similar positivity for influenza and Covid, 13.3% and 10.4%, respectively.

A week ago, the administration of the second vaccine booster dose against Covid began in practically all of Spain.

Adapted to the new variants, this memory is aimed primarily at people over 80 years of age, although it is planned that all those over 60 years of age and health and social health workers will progressively receive the fourth puncture.

In most regions, those who will receive the booster first will be people who live in nursing homes.

Some communities such as Galicia, the Basque Country, Extremadura or Catalonia have already announced that they will simultaneously inoculate the vaccines against Covid and the flu

The fear of a winter with a severe flu epidemic

After two years living in a bubble marked by the restrictions and masks of the pandemic,

forecasts indicate that this year the flu epidemic could be notable again.

After two years with lower than usual numbers of those affected, in countries like Australia - where the flu season has already passed - the epidemic has returned to being "moderate to severe" and has come a few weeks earlier, explains Antoni Trilla , specialist in Public Health and dean of the Faculty of Medicine of the University of Barcelona.

In addition, in that country

, according to ISCIII reports], a known pathogen "and unfortunately one of those that responds worst to vaccination," he says.

However, despite the Australian example, in other countries of the southern hemisphere, such as Argentina or Chile, the same phenomenon has not occurred, warns Trilla.

we are facing an uncertain winter. It is to be expected that the flu will reappear this year and it is possible that we will have cases of Covid and flu at the same time

"The problems are going to depend on the hospital load, which, for the moment, remains low," says the specialist, who regrets that "

This can be the third Covid winter: new omicron variants

Regarding vaccination against Covid, the specialist recalls that "vaccines are working well. We know that they do not stop transmission, especially against omicron, but they do protect against serious disease."

, since the new vaccines are adapted to omicron, which remains the main variant.

Although new variants have been detected, they

are all very similar to the original ómicron, they belong to the same lineage

, so by introducing this protection, "it is not likely that the proportion of serious cases will rise much".

In any case, we must not forget that "new variants could appear. With Covid we know that variants do not progress in a linear way."

that circulate "with an upward trend" in several countries, although it indicates that they predominate even those that staged the seventh wave in July.

According to the document from the Center for the Coordination of Health Alerts and Emergencies (CAEES), "

" in Spain, since the rest of the samples and analyzes reveal that the variants of omicron BA.4 and BA.5, which were the ones that caused the last wave of Covid-19 in Spain.

Random screenings show that up to mid-September

five cases of BA.2.75, which predominates in India, more than 80 of BA.4.6 and nearly fifty samples with BF.7 have been detected

The report clarifies that data from

, which "show potential immune escape and their relative frequency has increased in some locations," should be taken with caution.

"The pace of vaccination programs worldwide has been and continues to be uneven, favoring the appearance of variants that partially escape immunity from previous infections or from the vaccine. I say partially, because

there is a basic cellular defense immunity that makes the cases much milder.

It must be stressed that the vaccines we have used continue to protect against the most serious forms of Covid associated with hospitalization, intubation and death.

But the problem is still there

, "explained, a few weeks ago, José María Martín-Moreno, Doctor in Epidemiology from Harvard University and Professor of Preventive Medicine and Public Health at the University of Valencia.

Also Antonio Guirao, a researcher at the University of Murcia who has studied the evolution of the pandemic since its inception, recently pointed out that

the latest Surveillance Strategy has been "misguided, since it restricts the tests and the calculation of cases to a very small group of the population (those over 60 years of age, the immunosuppressed and pregnant women).

This implies that we stop tracking the circulation of the virus. If we stop detecting and tracking the population as a whole, we cannot know the number number of cases nor can we cut the chains of transmission through quarantines or adequate protection measures".

"Paradoxically, we can no longer protect the vulnerable (which is what the New Strategy says it intends to do).

It is a fallacy: you can only protect the vulnerable by monitoring the entire population.

Many older people were infected in the the seventh wave due to the very high incidence of the epidemic. It is useless to test the elderly to know that they have been infected; it is about testing everyone to prevent these elderly people from becoming infected," adds Guirao, concluding that "that is why I rather call it a 'non-surveillance' strategy. The WHO itself expressed its concern about the change in strategy that some countries were beginning to make, and literally said: "

This hampers our collective ability to track where the virus is, how it spreads, and how it evolves

[...] In addition, reducing the number of tests affects the ability of countries to detect variants early."