TV Review: “The Bear” on Disney+ by Christopher Storer

Today is the premiere of one of the year's most hyped TV series: the American drama-comedy "The Bear" on Disney+. The story is about star chef Carmy who takes over his brother's bankrupt sandwich restaurant, and Kulturnyheterna's TV critic Kim Veerabuthroo Nordberg thinks The Bear deserves its accolades. 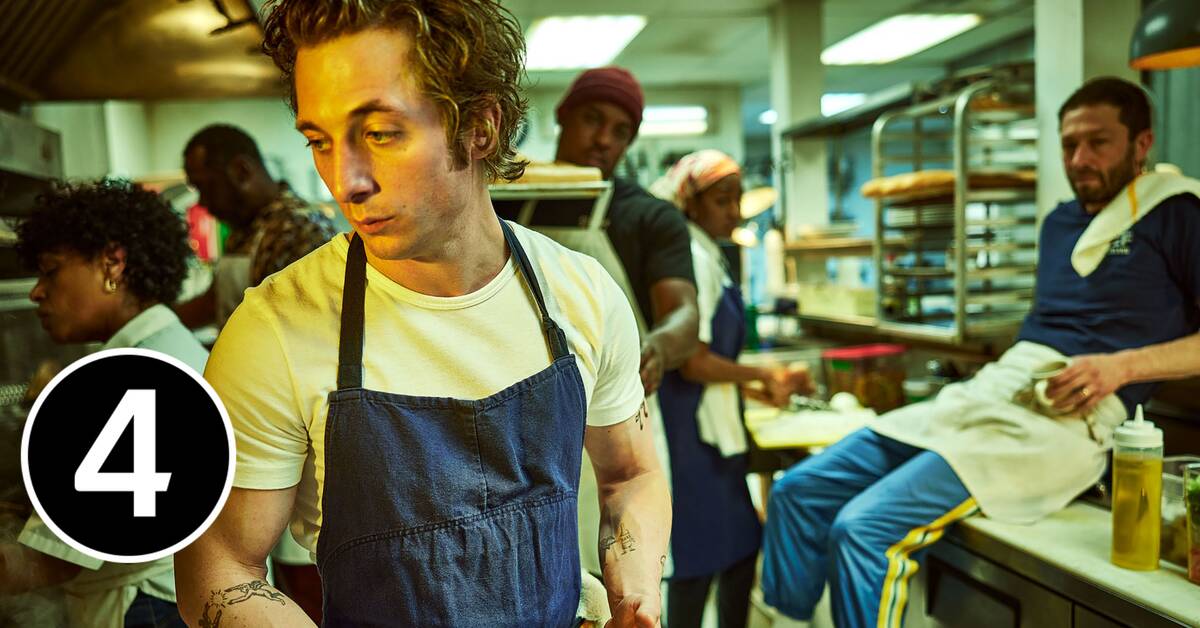 , scarred and dog-eyed Carmy (Jeremy Allan White) is an award-winning star chef who moves back home to Chicago to take over The Original Beef of Chicagoland - the sunny sandwich restaurant his brother Mike left him after his suicide.

It soon turns out that Mike was in debt to the authorities as well as the mafia.

And Carmy must get the old dogs on the staff to accept him and the sophisticated maneuvers he learned in the fine salons.

At night, he wakes up screaming and dreams that he is being attacked by a bear.

a fairly ordinary story if you break it down: a main character who is messed up by life finds healing in an unexpected place together with a bunch of colorful crunch balls.

We understand that Carmy's intensive work with the restaurant is his way of subsequently healing the relationship with his dead brother.

The suicide, which happened before the series begins, helps us understand Carmy, his sad eyes, his body that seems to burst from an internal pressure, his outbursts and his silence.

We can call it the trauma narrative, and as the American literary scholar Parul Sehgal noted in a much-hyped essay in The New Yorker some time ago, trauma is precisely the dominant narrative of our time: a simplistic narrative trick that risks crowding out more interesting approaches such as vagueness, mysteries .

same way that the simplest ingredients can become a grand meal if the right person cooks it, "The Bear" becomes one of the year's best series, thanks to stellar performances by everyone involved: Ayo Edebiri's poor but ambitious second chef Sidney has a limping and wonderfully odd energy , and Lionel Boyce makes a portrait as deadly as it is grand of soft-spoken baker Marcus, who treats his cakes with a tenderness that seems lost in our age of online dating.

And this simple story becomes a larger story of manhood, loss, guilt and class.

is also a story about a place: Chicago's River North, where the traditional working-class population is crowded out by hipsters and foodies, told from the outcasts, in the series represented by Ebon Moss-Bachrach who makes a terribly loud but vulnerable cousin Richie, perspective.

It gives this fast-paced series a melancholic streak that fits very well.

Like a well-composed meal in eight episodes created by someone who really loves to cook.