In light of the similarity of the International Monetary Fund's recipe for solving economic problems in developing countries that resort to it, economists focus on its impact on reducing public spending, by reducing the number of workers in the public sector. 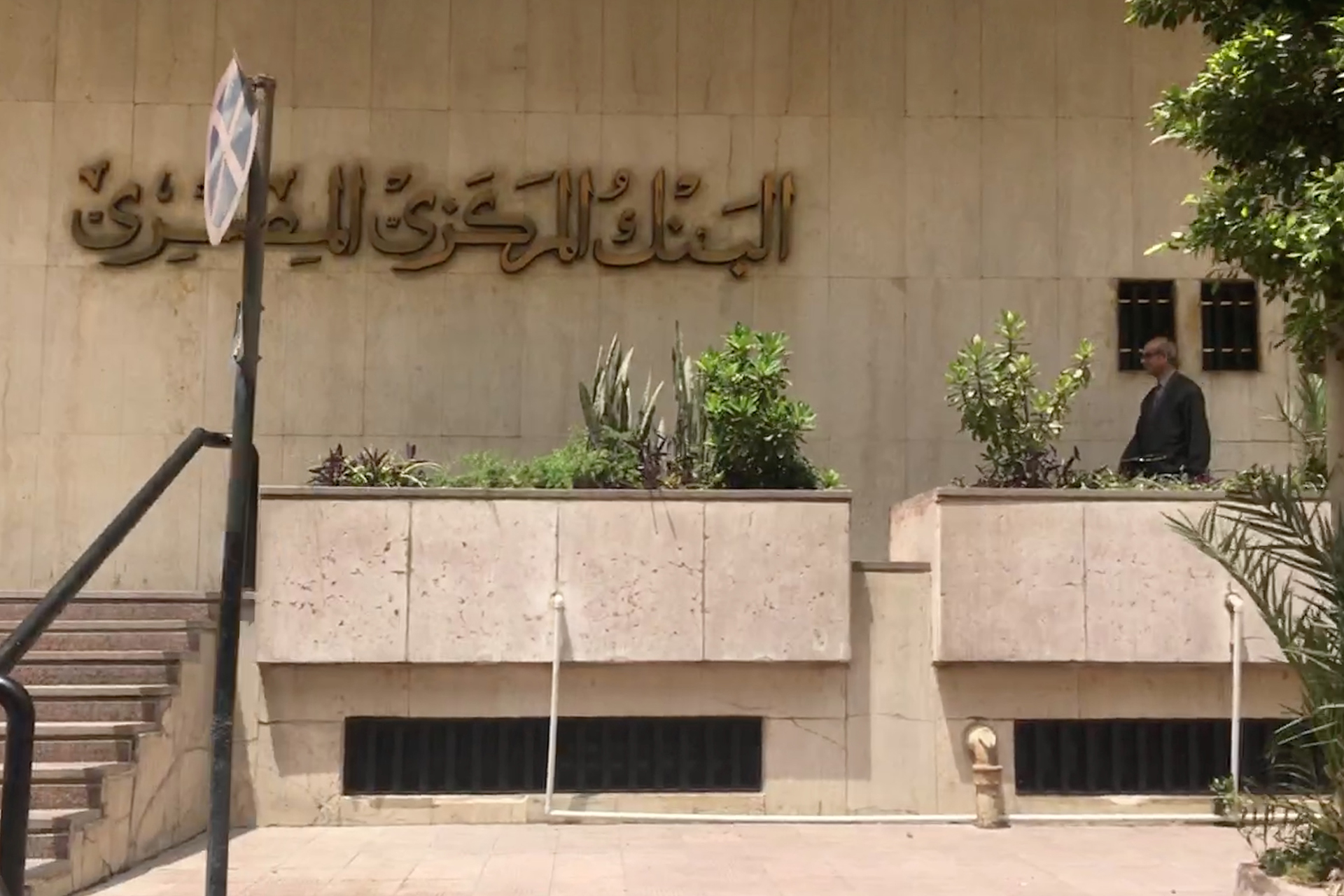 In light of the similarity of the International Monetary Fund’s recipe for treating economic problems in developing countries that resort to it, economists focus on its impact on reducing public spending, by reducing the number of public sector workers, reducing all kinds of support allocations, reducing public investments, and its impact on reducing the local currency against the dollar. Encouraging the role of the private sector and local and foreign private investments.

The fund caused the emergence of terms that were not popular before, such as privatization, early retirement, flotation, investment funds, real estate finance, microfinance, social fund, and others.

However, the experience of Egypt’s agreements with the Fund, which extends back to 1962, and was repeated in 1964, 1978, 1987, 1991 and 2016, indicates that the Fund’s programs bring about a comprehensive change in the Egyptian economy, which prompted it to engage in a free economy, especially since the seventies, and to adopt a policy of economic openness, to include sector companies. public, foreign trade and public finance, with negative social effects on the poor and the middle class.

The fund caused the emergence of terms that were not popular before, such as privatization, early retirement, flotation, investment funds, real estate finance, microfinance, social fund, and others.

In 1981, the Excise Tax Law was passed that imposed a tax on 53 commodities, including food, fuel, household and electrical appliances, and cars.

In 1991, it was replaced by the Sales Tax Law, which imposed a 10% tax on domestic and imported goods, tourism services, telecommunications, car rental, express mail, and road use.

In 2016, it was replaced by the value-added tax law, which increased the tax rate to 14% on local and imported goods, communications services, employment for others, hotels and tourist restaurants, and the matter was extended to income tax with the issuance of the income tax law in 1981, to apply to the revenues of industrial commercial activity and non-commercial professions, salaries, real estate wealth income and movable capital income, and it was replaced by another law in 2005.

In 1980, the Stamp Law was issued, which included many qualitative items such as contracts, educational certificates, transportation services, administrative licenses, and telephone subscriptions, as well as relative assets such as insurance premiums, bank papers, competitions, and rewards paid by government agencies. Many amendments were made to the law to include other activities and increase the value.

This is what happened with the issuance of the Development Fee Law in 1984, which included the imposition of fees on passports, weapon licenses, cars, editors, tickets for travel abroad, quarries, and driver’s licenses.

The government ministries competed in imposing fees on the services they provide, such as the civil registry, traffic and passport services at the Ministry of Interior, which are periodically raised in value, and the matter was repeated for the services provided by the ministries of education, health, supply, environment, social solidarity and others.

Revitalizing the role of private banks

With the consultations that took place with the Fund in the beginning of the second half of the seventies of the last century, branches of foreign banks were allowed to operate, local and foreign private banks practiced their work, and private insurance companies appeared.

At the beginning of 1991, interest rates on deposits and loans were liberalized after they were set administratively, and exchange companies were allowed to be established that deal in buying and selling in foreign currencies in 1991, after that was historically limited to government banks only.

The amendment of the Banking Law in 1992 allowed the opening of representative offices for foreign banks in Egypt, allowing foreign banks and branches of foreign banks to deal in the Egyptian pound, and the formation of the Banks Union to regulate healthy competition between banks as an entity that expresses the interests of banks operating in the market.

With the activation of privatization processes, the Bank of Alexandria, which was affiliated with the public sector in 2006, was sold to an Italian bank. Due to the possibility of completing this early next year, the Fund also requested to sell the shares of public banks in joint banks that combine public and private ownership, which was responded to.

Despite the Fund’s demand for early privatization of public companies, the idea of ​​privatization faced opposition during the seventies of the last century from workers in government companies and a number of economists.

With the issuance of the Capital Market Law in 1992, the field was created for the establishment of financial intermediation companies, such as brokerage firms, formation and management companies, and securities promotion companies.

In addition to the emergence of investment funds that allowed dealing in securities to a larger segment of the public, followed by the issuance of the Central Depository and Registry of Securities Law in 2000, the Real Estate Finance Law in 2001, and with the issuance of the Law Regulating Supervision of Markets and Non-Banking Financial Instruments in 2009, there is a supervisory umbrella Non-bank financing activities combine capital markets, insurance activities, real estate financing, financial leasing, factoring, consumer financing, securitization and movable guarantees.

The Fund's demand to reduce government employment came early, as a new law was issued for civil servants in the state in 1978, in line with the Egyptian program with the Fund in the same year, and since 1985 government appointments have been suspended through the Ministry of Manpower.

The picture is similar when the authorities issued a new civil service law for government workers in 2016. In the first year of implementing the agreement, they reduced government employment by about 749,000 employees, compared to 116,000 employees who left the service in the previous fiscal year for reasons mostly related to reaching retirement age or health inability to work.

Despite the Fund’s demand for early privatization of public companies, the idea of ​​privatization faced opposition during the seventies of the last century from employees of government companies and a number of economists. Public Works, which was issued in 1991, to gather under its umbrella 314 government companies that were affiliated with various ministries, within the framework of the Ministry of Public Enterprise Sector, which is responsible for preparing companies for privatization.

The sale began with minority shares in the stock market, which became popular with the buyers of shares achieving capital gains, which prompted the offering of more percentages of the companies’ shares, in addition to selling to the strategic investor who pledges to develop the company, and selling some companies to unions of employee shareholders, in addition to liquidating some companies or merging them with other companies or Rental of production lines.

Thus, the number of companies affiliated with the public business sector in mid-2021 reached about 90 companies, before the decision to liquidate a government company producing Coke recently, and despite the government’s announcement of selling stakes in a number of companies and banks in 2018, it did not succeed in doing so due to the inappropriate conditions of the stock exchange, as it claimed. Despite the success of theses for private companies in that period, with the recent large volume of foreign debt, and the announcement of the exchange of Gulf debt for shares of government companies, it is expected to activate the sale of shares in government companies.

This is what actually happened this year to Emirati and Saudi sovereign funds, and it is expected to be repeated by the Qatari sovereign fund, and Emirati, Saudi, and possibly Kuwaiti, Bahraini and Omani companies will expand by buying shares from government companies, especially since those Gulf authorities determine the companies that want to buy shares from them, and benefit from the bad conditions of the Egyptian Stock Exchange. In the current year, the share prices of these companies have fallen, and one of the funds affiliated with the Egyptian Sovereign Fund has taken over the task of preparing these companies for sale, and the field of selling shares has expanded to include ports, containers, hotels and companies for the army, and the field is still open to add other activities with the dollar shortage crisis, perhaps including the media. Half a year ago Some of the recently announced areas were not for sale.

In addition to the above, the scope of the IMF’s influence expands with issues of pound flotation, commodity, service and financial support, revitalization of the private sector, lifting restrictions on foreign trade, increasing the share of Western countries in foreign trade, easing customs procedures, transforming public bodies into companies, and so on.

We can also expect new effects during the upcoming agreement with the Fund, especially with regard to the investment environment and crowding out for the private sector, the unified insurance law, the new labor law, the amendments to the competition protection law, the amendments to the unified building law and the local administration law, and other things that are taking place in the ongoing negotiations over 6 months It has not yet been revealed.