While the conclusion of an agreement on the demarcation of the maritime border between Lebanon and Israel now depends on only a few details, according to Beirut and Tel Aviv, the former Prime Minister… 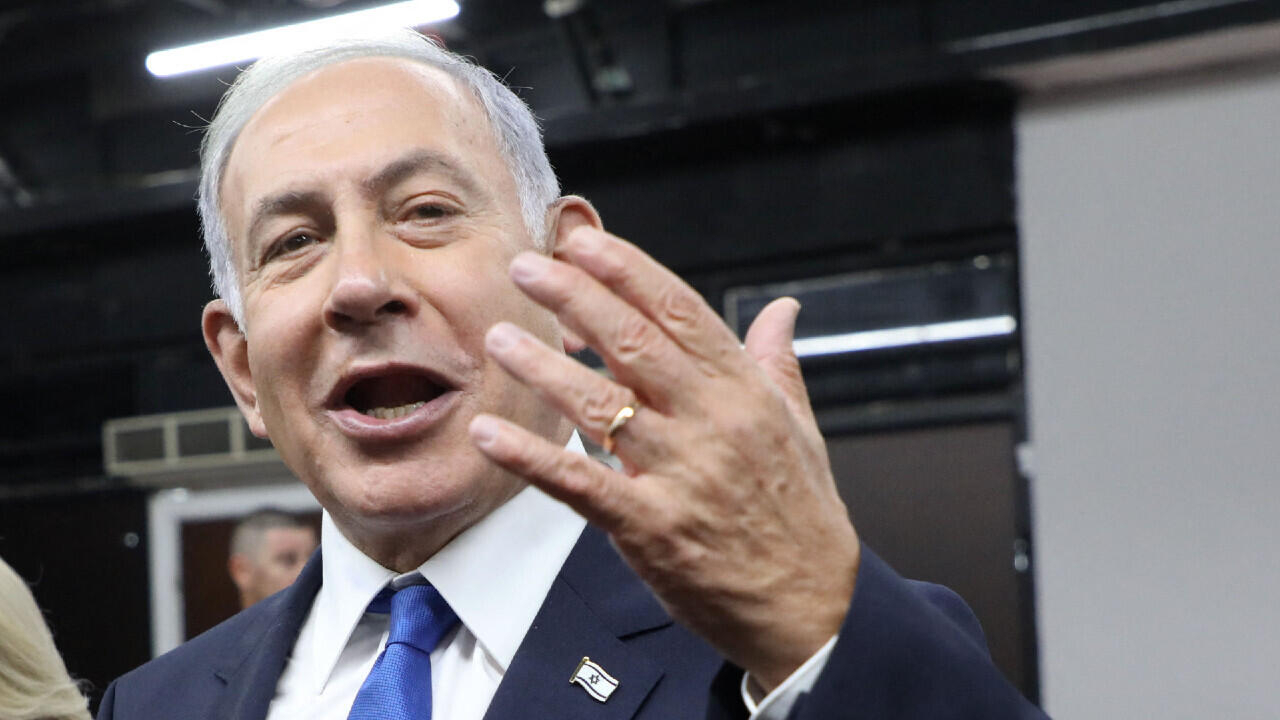 The Israeli government and the Lebanese power assure it: the two neighboring countries, still technically at war since an armistice concluded in 1949, are in the process of settling the dispute over the course of their maritime border.

The indirect negotiations carried out for more than two years, through the intermediary of the American mediator Amos Hochstein mandated by the White House, have taken a positive turn in recent weeks to the point that an agreement would no longer depend on more than a few details and amendments according to the local media.

The disputed area between Lebanon and Israel.

This agreement could allow each country to exploit its respective gas resources, discovered in this disputed area of ​​the eastern Mediterranean, and would relieve the Biden administration.

The latter has made this issue one of its diplomatic priorities when the talks have been stalled for a decade.

A file at the heart of the legislative campaign

Except that this issue has become crucial in the eyes of Westerners in an international context marked by tensions on the energy markets and soaring gas prices since the invasion of Ukraine by Russia, the main supplier of the allies. Europeans from Washington.

Even though no party has yet officially unveiled the full text of the American mediation, the subject has turned into an electoral issue in Israel, a few weeks before the legislative elections on November 1.

While Yair Lapid's government logically intends to capitalize on this advance "which fully protects Israel's security, diplomatic and economic interests", in the Prime Minister's own words, a major actor on the country's political scene seems to be well decided to torpedo the eventual agreement.

“We will win the election and cancel this shameful deal!” Benjamin Netanyahu promised in a tweet posted on October 3.

In essence, he warns that he will not be committed by what he calls a "fait accompli", according to an expression reported by the Israeli press, warning against the adoption of such a strategic agreement a few weeks before decisive elections for the future of the country.

And for good reason, the former Prime Minister is certain, despite his legal setbacks, to return to power thanks to a revenge at the polls against his rivals.

The latter had gathered, in June 2021, within a motley coalition around their common desire to end the reign of more than twelve consecutive years of Benjamin Netanyahu at the head of the Hebrew state.

Netanyahu and the right accuse Lapid of playing into Hezbollah's hands

It is in this sense that the leader of the right attacks Yaïr Lapid and his government head on, accusing him of having made important concessions on Israeli resources for the benefit of Lebanon.

And therefore to play into the hands of Hezbollah, the sworn enemy of the Jewish state.

"Lapid is giving Hezbollah sovereign territory of the State of Israel with a huge gas field that belongs to you, Israeli citizens," Benjamin Netanyahu said Sunday in a video posted on his social media accounts.

His party, the Likud, followed suit, the same day, in a tweet accusing Yaïr Lapid “of giving up a huge reserve of gas to Hezbollah, something that Netanyahu would never have accepted”.

For its part, the Lebanese Shiite party has proclaimed itself the defender of Lebanese hydrocarbons and has multiplied, since the start of negotiations, warnings against any attempt at normalization with the Israeli neighbor in exchange for a possible agreement on the maritime border.

In recent weeks, Hassan Nasrallah, secretary general of the pro-Iranian politico-military movement, had repeatedly threatened to attack Israel if it decided to launch gas extraction before an agreement on the disputed area.

On October 3, Yuval Steinitz, Likud deputy and former energy minister of Benjamin Netanyahu, spoke on Israeli radio 103FM of "surrender" to mark his opposition to the agreement under negotiation.

"It's hard for me to get the word surrender out of my mouth, but that's how it will be presented by Nasrallah and it won't be without merit," he said.

In response to the arrival, at the beginning of June, and at the request of the Israeli government, of a floating production, storage and offloading unit (FPSO) in the maritime zone at the heart of the border dispute, Hezbollah had sent, at the beginning July, "three unarmed drones heading for the disputed Karish field for reconnaissance missions".

The devices were quickly intercepted by the Israeli army.

If the Hebrew State considers that this promising field is located in its exclusive economic zone and therefore not concerned by the border dispute, the country of the Cedars considers for its part that Karish is in disputed waters.

"If ever an agreement is reached, and the country of the Cedars pulls off some achievements, and this is Hezbollah's bet, the party will be able to proclaim that it is thanks to its military force that the Lebanese were able to impose their conditions, and thus legitimize its arsenal which is still debated in Lebanon", had recently explained Ziad Majed, professor of political science at the American University of Paris, interviewed by France 24.

However, during a television program broadcast on Tuesday, Elias Bou Saab, the vice-president of the Lebanese Parliament, responsible for supervising the negotiations, affirmed that Lebanon had obtained all the maritime blocks which it considered to be its own.

Target of criticism from the Netanyahu camp, Yaïr Lapid has constantly defended his government's strategy, which he claims is paying off.

In a tweet posted on Monday, the centrist prime minister said his country “gets 100% of its security needs and even part of the profits from the Lebanese tank” from Qana.

An assertion contradicted by Elias Bou Saab who indicated that "Lebanon obtains under the agreement all its rights to the Qana gas field".

"I understand that it pains you that you failed to reach an agreement [when you were in power] but that is no reason to join [Hassan] Nasrallah's propaganda campaign," he said. he throws.

According to a poll commissioned by the Israeli public channel Kan, broadcast this weekend and relayed by AFP, 43% of Israelis are in favor of a gas agreement with Lebanon, 16% unfavorable and 41% have no opinion on the question.