Knights of "Fazza Lyola" .. in the field soon

Tomorrow, the qualifying qualifiers for the Fazza Yulah Championship (Al Maidan 2022), which is organized by the Tournament Department at the Hamdan Bin Mohammed Heritage Center in Al Maidan Castle in the Global Village, will start. 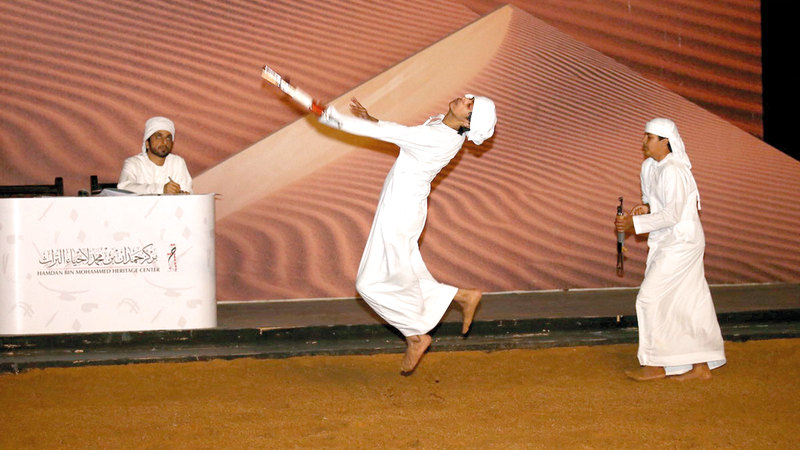 33 competitors in the qualifiers for the tournament

Knights of "Fazza Lyola" .. in the field soon

The contestants were chosen from among the 400 participants.

À from the source

Tomorrow, the qualifiers for the Fazza Yulah Championship (Al Maidan 2022), organized by the Tournament Department at the Hamdan Bin Mohammed Heritage Center at Al Maidan Castle in the Global Village, will start tomorrow.

The qualifying round, which will last for two days, comes to select the 16 finalists, in addition to three names of reserves, who will compete in the finals from among the 33 July who worked hard to reach this stage of the tournament, as they were previously selected from the preliminary qualifiers among 400 competitors.

The "Fazza Yuleh" includes several different competitions, the most important of which are poem counting and archery, which adds a lot of excitement to the tournament, which is one of the oldest and most popular tournaments, which was launched under the directives of His Highness Sheikh Hamdan bin Mohammed bin Rashid Al Maktoum, Crown Prince of Dubai, in his keenness to preserve On the ancient heritage linked to feelings of celebration, pride and pride, within the framework of unremitting and continuous efforts to strengthen and consolidate the national identity.

For his part, the CEO of the Hamdan Bin Mohammed Center for Heritage Revival, Abdullah Hamdan Bin Dalmouk, expressed his happiness with this year’s participation in the tournament, pointing out that adding a new number of competitions to the Al-Yawla Championship gives it more excitement, and increases the opportunity for the largest number of Al-Yawla to shine. It reinforces the authentic Emirati customs through which the center originated.

He added, "All that has been added to the tournament are habits embedded in the conscience of every Emirati, which are the characteristics of the true knight, and we must work through the center and its activities to show and develop them, and find appropriate ways to preserve them."

It is noteworthy that the Hamdan Bin Mohammed Center for the Revival of Heritage will present a new song from its production for the current season, to be competed for its tunes by the finalists.

"All that has been added to the tournament are habits ingrained in the conscience of every Emirati, and they are the qualities of a true knight."