Climate change made an extreme drought like the one experienced this summer in the northern hemisphere up to 20 times more likely, especially in Europe and large areas of... 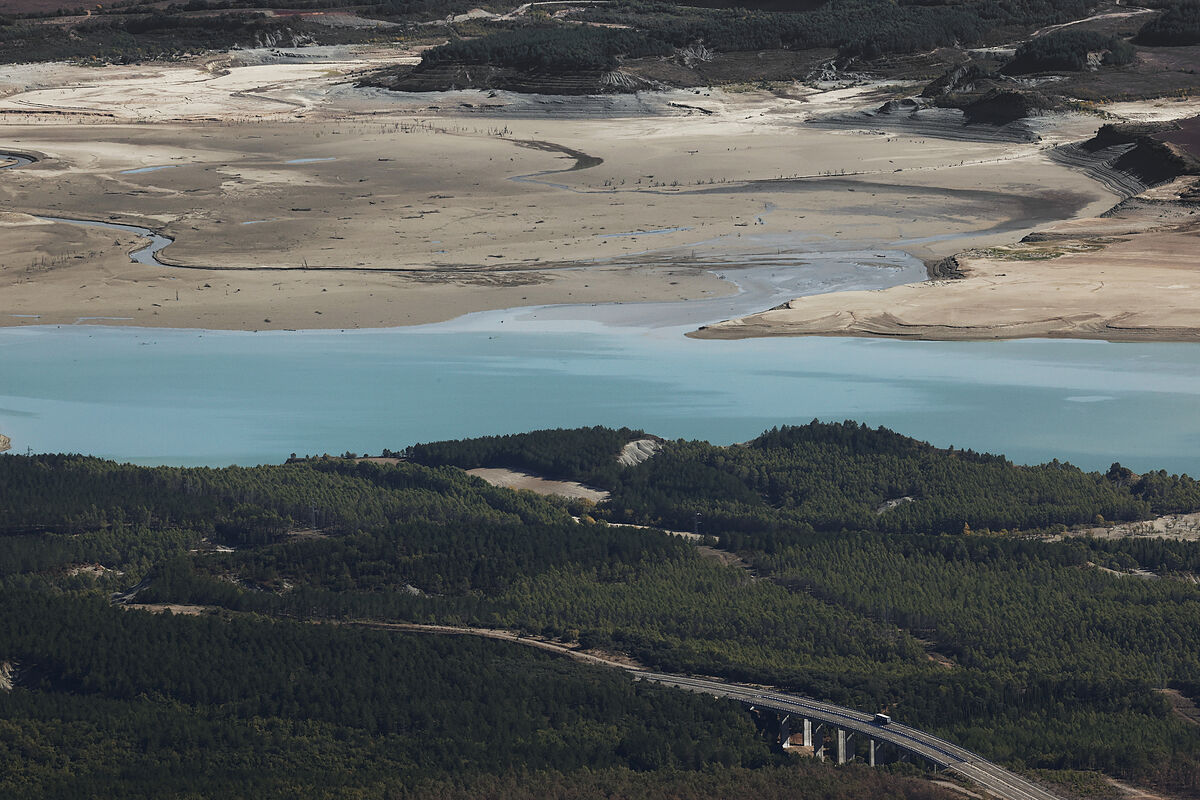 Climate change has made an extreme drought like the one experienced this summer in the Northern Hemisphere, especially in Europe and large areas of the United States and China, up to 20 times more likely, according to the latest World Weather Attribution (WWA) attribution study.

Europe recorded the hottest summer in its history, according to data from the Copernicus program, with temperatures 0.4 degrees higher in July and August than the previous record in 2021. The drought affected 47% of the continent and had an impact directly in more than 340 million people, with more than 24,000 deaths attributed to high temperatures.

The team of international scientists from the WWA confirmed the direct relationship between the unprecedented increase in temperatures and the conditions of lack of soil moisture that prolonged the drought and had a direct impact on food production throughout the continent.

Spain is facing a serious drought in its suffocating summer: "We continue to waste water as if we had left over"

Spain is facing a serious drought in its suffocating summer: "We continue to waste water as if we had left over"

"What happened this summer in the northern hemisphere is a good example of how extreme events caused by climate change can affect large regions and over long periods of time," said Friederike Otto, founder of the WWA and professor of climate sciences at the Grantham Institute of Imperial College.

Impact on infrastructure and food

"It is also an indication of how the combination of many different weather changes can damage our infrastructure and overload our social systems," added the climatologist.

at a time when world food prices were already extremely high due to the war in Ukraine."

"Our continent has become one of the hot zones of climate change,"

stressed Otto, who highlights the Mediterranean's increasing exposure to extreme episodes such as droughts and torrential rains.

The scientist highlighted how the situation experienced in Europe, which led to record temperatures and large fires in almost the entire continent, was preceded by intense heat waves in North America and North Asia.

China decreed the national alert for drought for the first time and half of the US territory experienced serious conditions due to lack of water.

However, Otto points out that

Hence the importance of the so-called "science of attribution", which investigates this possible cause-effect relationship.

She herself has become its great promoter at a global level with the creation of the WWA group, in which dozens of scientists from all over the world have participated since 2014.

To quantify the possible impact of climate change on soil moisture deficits, the scientists started from current temperature data (with an estimated global increase of 1.2 degrees) and used computer simulations to compare the situation with the it was pre-industrial.

The study analyzed soil samples in various countries of the northern hemisphere in June, July and August 2022, with a special focus on central Europe, from the Atlantic coast to the Black Sea, where the reduction in harvests has had the greatest impact.

lack of moisture in the three-inch layer of soil considered the root zone, where plants draw water for growth.

The researchers acknowledge in any case that quantifying the exact contribution of climate change to drought is challenging, as soil moisture can only be estimated (unlike temperature or rainfall, which can be measured directly).

Despite the complexity of the analysis, the WWA scientists warn that

their estimates are "conservative"

and that the real influence of human activities is probably greater.