The talk of fashion week: Spray-painted dress and model march in mud puddle

New York, London and most recently, Paris. The international fashion weeks have replaced each other. Tuesday was the last day of fashion week in Paris, and entertainment journalist Michelle Hallström tells us about two shows that have received extra attention. 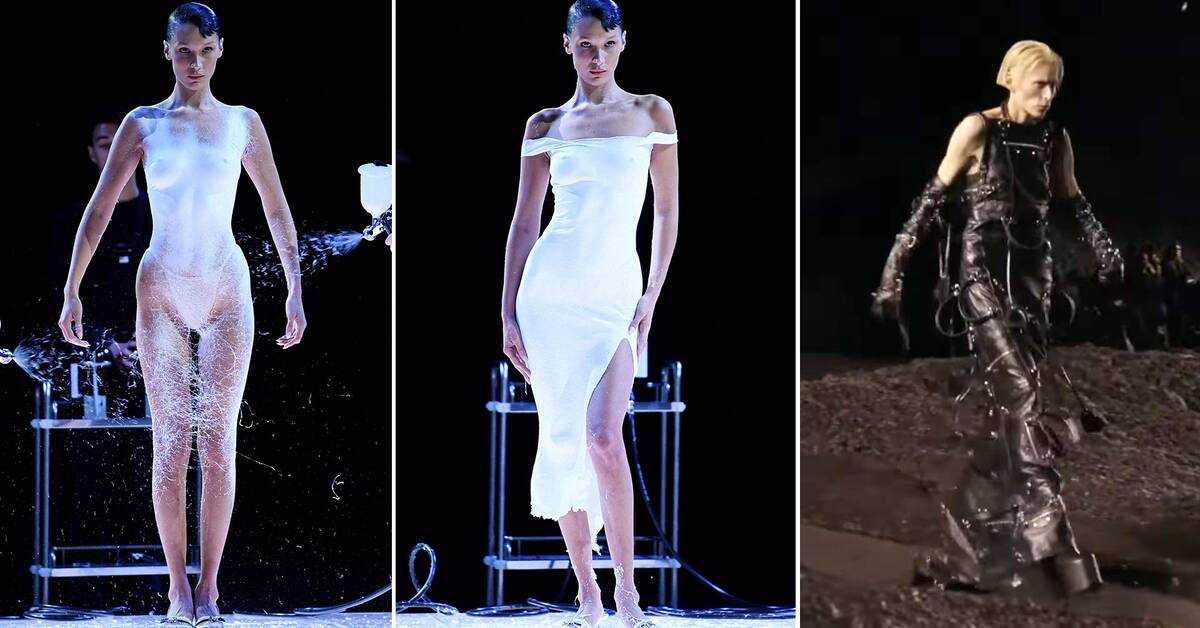 - So it's a spray that turns into fabric when it meets the air, says entertainment journalist Michelle Hallström.

Michelle Hallström thought the pictures were fake the first time she saw them, but has allowed herself to be convinced that the "fabric spray" works.

- I have read carefully and looked for cheating.

That seems right, she says.

The dress comes from a spray bottle and is the biggest talking point of the week.

The fashion house Balenciaga showed its upcoming collection on a catwalk filled with mud.

- Balenciaga is very good at creating displays, runway shows, which are talked about.

The display in clay was inaugurated by the rapper and fashion designer Kanye West, says Michelle Hallström.

See images from the screenings in the clip above.