The most rainy season ever... Paju · Cheorwon pouring more than 100mm

It will rain all over the country today, which is Tuesday. According to the Korea Meteorological Administration, as of 7 a.m., it is raining more than 20 mm per hour along with thunder and lightning on the west coast of Jeollanam-do and inland in northern Gyeongsangbuk-do, and more than 10 mm per hour in Gangwon, Chungcheong, and eastern Jeollabuk-do. 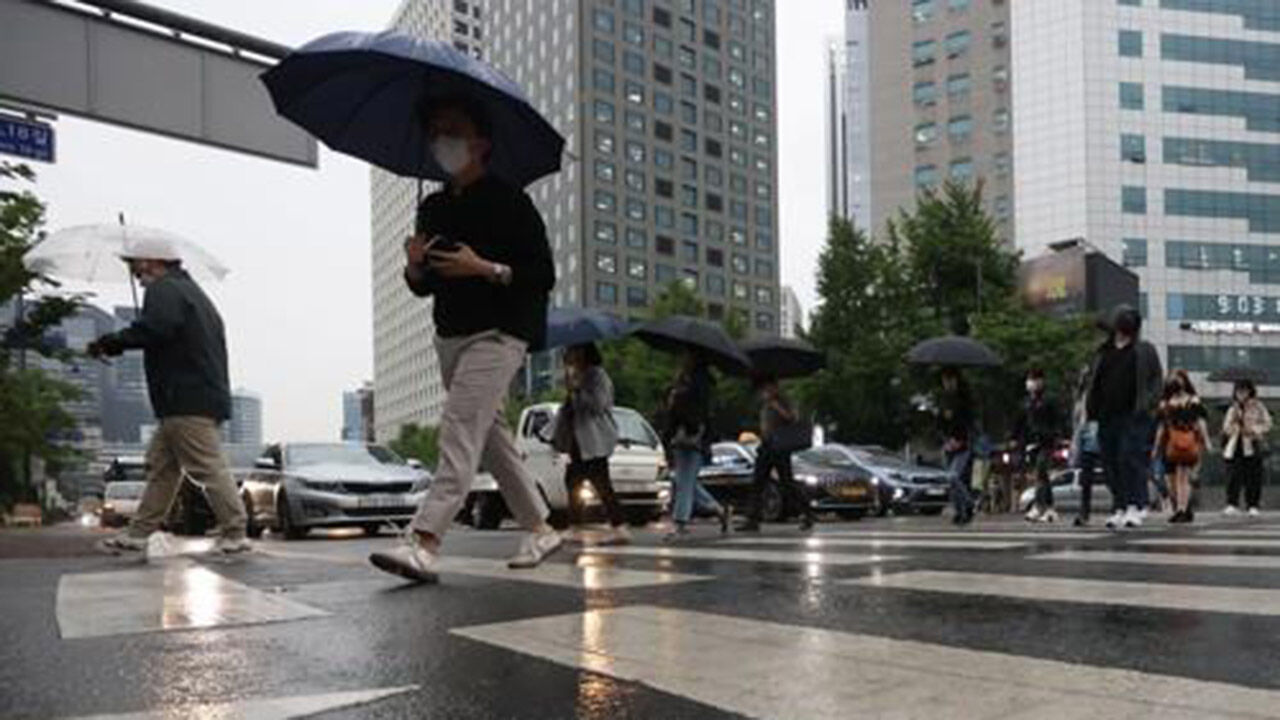 It will rain all over the country today (the 4th), which is Tuesday.

According to the Korea Meteorological Administration, as of 7 a.m., it is raining more than 20 mm per hour along with thunder and lightning on the west coast of Jeollanam-do and inland in northern Gyeongsangbuk-do, and more than 10 mm per hour in Gangwon, Chungcheong, and eastern Jeollabuk-do.

Most of this rain will stop in the morning, but the southern regions will continue into the daytime.

In the case of Jeju, it will rain occasionally between the morning and the afternoon.

However, the rain will not stop completely today.

In eastern Gyeonggi-do, Gangwon-yeongseo, North Chungcheong Province, and Gyeongbuk inland, rain will come and go from noon to tomorrow morning, depending on the region.

At the same time, it is expected that some raindrops will fall in Seoul, Incheon, and western Gyeonggi.

Raindrops will fall on Jeju and the southern coast from the morning of the 6th to the afternoon.

In the eastern part of Gyeonggi-do, it will rain as the east and west winds converge as Korea approaches the edge of high pressure located in northeastern China.

Yeongdong, Gangwon and the northeastern coast of North Gyeongsang Province are expected to rain due to the influence of easterly winds.

The Korea Meteorological Administration predicted the amount of precipitation in the south of Chungcheong Province, Honam, Jeju Mountain, North Gyeongsang Province (until the morning of the 5th), and Yeongdong of Gangwon (by the 5th) in the forecast at 5 am.

Where it rains a lot in Yeongdong, Gangwon, it will rain more than 80 mm.

Since yesterday, the National Foundation Day, it has rained heavily in the central region except for Yeongdong, Gangwon.

The cold air coming down from the northwest collided with the warm air that had first entered Korea, creating a strong rain cloud belt and causing rain.

As the low pressure passed through the central region, it rained 30-50mm per hour in the metropolitan area, Gangwonyeongseo, and Chungcheong, and there were times when there was a gust of wind and thunder and lightning.

Paju-si, Gyeonggi-do and Cheorwon-gun, Gangwon-do recorded the highest daily rainfall in October, with 118.4 mm and 109.5 mm of rain falling on the 3rd.

Paju City, Cheorwon County, Dongducheon City, and Chuncheon City broke the record for the “highest amount of precipitation in one hour in October” with 53.3 mm, 39.5 mm, 37.4 mm, and 31.4 mm, respectively, for the three days.

Cheongju-si, Chungcheongbuk-do (34.6mm of precipitation per hour on 4 days), Boeun-gun (18.4mm), and Yeongwol-gun of Gangwon (17.5mm) also broke the record for 'the highest amount of precipitation in one hour in October'.

In Seoul (Songwol-dong, Jongno-gu), it rained 76mm on the 3rd, the third-highest amount of daily precipitation in October.

When the rain stops, the temperature will drop.

The temperature this morning was 15-24 degrees, about 5-10 degrees higher than the normal temperature (9-17 degrees).

The temperature will be 3-4 degrees lower than the normal daytime temperature (22-25 degrees) in the daytime as cold air comes down from the northwest.

Today's high temperature is expected to be limited to 18-26 degrees.

The Korea Meteorological Administration predicted that tomorrow and the morning of the day after tomorrow, the temperature will drop by 5 to 10 degrees compared to today, and the wind will blow slightly strong, and it will be sharply chilly.

In particular, the morning temperature will drop to around 10 degrees in the central region, Jeollabuk-do, and North Gyeongsangbuk-do.

A gust of wind with an instantaneous wind speed of 55 km per hour (15 ㎧) will blow across the country until this morning.