Chechen President Ramzan Kadyrov emerged as the most enthusiastic of the Russian war in Ukraine, and became known as the loyal soldier of Russian President Vladimir Putin, who took 10,000 of his Muslim soldiers to Ukraine. 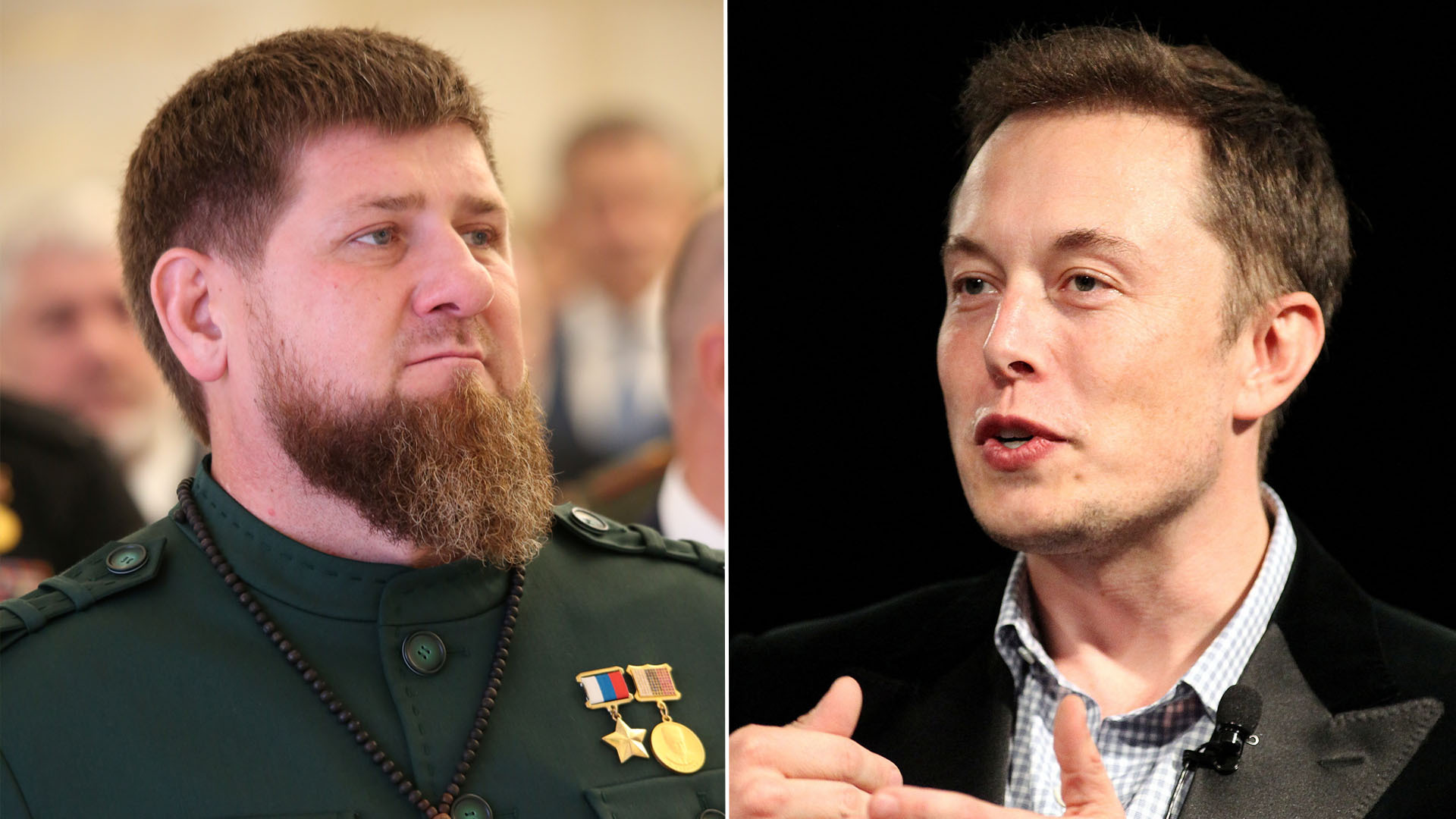 An episode of "Shabbat" program (10/2022) sheds light on the criticism of Kadyrov by his people for throwing their children to death in Ukraine.

He responded to them with a video showing his three minor sons, Ahmed, Elie, and Adam, aged 14, 15 and 16, meaning that they are still children, and they appeared in military exercises on various light, medium and heavy weapons.

Then Kadyrov attacked those who say that the children of the commanders do not participate in the war, and responded with a statement in which he stated, "They have been receiving military training for a long time to learn how to use various types of weapons. It is time for them to appear in a real battle, I can only praise their determination, and they will soon go to The front line in the most difficult areas.

In response to Kadyrov's statement, Abu Muhammad said, "Okay, why wouldn't he go himself, haha.. Does he not send children for Putin's eyes?"

While Yasser Al-Khidr linked the statements of the Chechen president to the Russian retreat in the Ukrainian lands, he tweeted, "When Kadyrov declares, know that there are great defeats in the field, but he is closer to the field with his men deployed on the battlefields."

Abu Talal believes that sending the sons of the Chechen president will change the course of the battle. He wrote, "Ramadan Kadyrov's sending his sons to fight is a moral and strategic support for the morale of the Chechen fighters in Ukraine. This step, if taken and his sons are photographed on the battlefield, will radically change the fighters' performance."

Ahmed Islam wondered if the video was only propaganda, and tweeted, "A motivational propaganda video for Russian youth, when Kadyrov publishes a video of 3 of his teenage children being trained in weapons. When did the officials' children serve on the front lines?"

As for the account of a free person, he sees that the step is purely for a propaganda work, and he wrote, "He will send them to a safe headquarters with television teams to shoot the most expensive film of Kadyrov's propaganda."

Even if Kadyrov has 14 children, these three are still under the legal age and the use of children in military operations under the age of 15 is a war crime according to the International Criminal Court, although Russia does not recognize its authority, it has signed a treaty to prevent the recruitment of children under the age of 18.

On the other hand, the American billionaire Elon Musk, who thinks outside the box, put forward a proposal for a plan to end the war between Russia and Ukraine, in a tweet in which he said, "Re-elections of the annexed territories under the supervision of the United Nations. Russia will leave if this is the will of the people. And the recognition of Crimea as an official part of Russia, As it has been since 1783 (until Khrushchev's fault). The water supply of Crimea is secured. Ukraine is committed to remaining neutral."

As usual, he asked his followers, "Should the residents of Donbass and Crimea decide whether they are part of Russia or Ukraine?"

About two million people participated in the answer as well.

80% voted for Musk who supports Ukraine, and only 19% for those who support Russia.

The President of the Republic of Lithuania Gitanas Nauseda responded to Elon Musk, writing, "Dear Elon Musk, when someone tries to steal the wheels of your Tesla, it does not make him a legal owner of the car or the wheels. Although they claim that Russia and those territories voted in favor of the referendum. This is my opinion."

While the tweeter Naim asked the American billionaire not to interfere in political issues, he said, "Elon Musk. Stay in your imagination with the robot and Mars, and do not delve into politics."

While Leonid Volkov wished Musk to find solutions to the Palestinian issue, he wrote, "I am looking forward to reading your solutions that you summarize in one tweet for the Israel/Palestine issue. Please."

On the other hand, Majed Fanous expressed his support for Musk's proposal, saying, "I support Elon Musk's proposals to end the Russian-Ukrainian war and consider it a positive start to resolving the explosive situation in this part of the world."

The strange thing about Elon Musk's proposal is that since the beginning of the crisis he provided great support to Ukraine through the Starlink Internet service via satellite, then Kyiv considered him a friend of hers.. So what has changed?